As a Michigan driver’s license restoration lawyer who handles a ton of out-of-state clearance cases, I want to use this article to look at how you can appeal after you’ve lost a “do-it-yourself” administrative review filed with the Michigan Secretary of State’s Administrative Hearing Section (AHS). As a rough estimate, I’d say that about half of my clients who no loner live in Michigan have tried this approach at least once before they hire me. Given that 3 out of 4 such appeals lose, it poses very little financial risk to me to tell anyone thinking about it to give it a shot; I’ll be here when you need me. In this article, I want to focus in on some of the more important issues that arise after a person loses one of these appeal by mail, and offer a few reasons why a person may seriously consider skipping it altogether and just doing it right the first time. 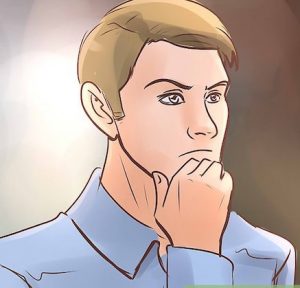 To clarify a point frequently misunderstood, if you lose a license appeal after a hearing, you must wait another year to try again. If you lose an administrative review, you can immediatley request to come back to Michigan for a hearing, and you get do the process all over again with new evidence, including a new substance use evaluation (SUE) and new letters of support. This is ALMOST like 2 bites at the apple. To be completely honest about it, though, an administrative reviews loses because the evidence falls short of being good enough to win. In fact, someone out of state could spend a fortune hiring Michigan’s best criminal trial attorney to help him or her prepare one of these cases and still not have better than a 1-in-4 chance of winning. The experience necessary to be good at license appeals comes from doing license appeal. And even though I’m in business to make money, it’s not that I’m afraid I’ll lose a potential client if someone does this on their own and wins. If you luck out, then I say good for you. The problem for me is that when you do lose, it’s not because you got everything right. Sometimes, whatever you got wrong in a losing appeal can have a lasting and really negative effect on any future appeal. On top of that, it raises questions about your credibility if you go running in with all new and corrected (and different) information right after you’ve lost.

To be sure, I can fix most of the problems that caused the loss in the first place, but sometimes, there is an overarching sense of “timing” that just doesn’t square with immediately filing an appeal for a hearing with new evidence right after. This is hard to articulate, and really needs to be examined on a case by case basis. As I noted before, I’m in business to make money, and I don’t do that by NOT taking cases, or waiting to take them, but I also guarantee to win every case I take, so I have absolutely no reason to accept someone’s money for a case that won’t win right away, only to go in and lose and then have to do it all over again next year as “warranty work.”

For a real-life example of what I mean by timing, the very week this article was written, I was contacted by someone who recently became eligible to file a license appeal, and who has over 2 years of sobriety. Normally, this would be enough to seriously consider moving forward, except that this person had originally lost his license for 2 DUI’s some years ago, and then won it back through the Secretary of State, only to lose it all over again for yet another DUI. Knowing, as I do, how the hearing officers will perceive this, I instructed the fellow to get some more sober time under his belt. Sure, I could have easily brought him in and gotten paid, but I don’t know how I could have looked him in the eyes and promised him we’d win his license back the first time around. I just know, from experience, that he’s going to have to accumulate more sober time before he’s seen as not too much of a risk. He won his license back once already, after 2 previous DUI’s, by convincing the state that he was sober and wouldn’t drink again, only to go out and lose it once more by picking up a 3rd drunk driving. The Secretary of State isn’t going to be happy with him, and certainly won’t be in as much of a hurry to give him back his license as he is to get it.

Someone who doesn’t know all this would simply look at the rules and conclude that, because he’s legally eligible to file, he can just go ahead and try. Because of my experience, however, I know that the state generally prefers that a person filing a license restoration or clearance appeal be in his or her longest period of sobriety. In other words, if Risky Ron managed to stay sober for 6 years at the time he won his first license appeal, and then, after losing his license for another DUI, files a new case with just over 2 years of sober time, his chances of winning are slim. Does he need 7 years before his chances are good enough? No, but less than 3 years won’t likely be enough, either. This isn’t a matter of law, or rules, but rather the way the hearing officers exercise their discretion. It’s how things are done. This is the kind of “timing” issue that’s hard to explain, but an experienced lawyer just knows. It’s the kind of instinct that better be there when you trust your future to the care of a doctor, dentist, lawyer or airplane pilot.

Obviously, there are countless reasons why any appeal can lose. For the most part, when an administrative review does (predictably) lose, the state will indicate the main reasons in it’s order of denial. However, very much unlike a full license appeal, these abbreviated notices DO NOT go into an analysis of all the things that were wrong with the case, so anyone relying solely on those things mentioned in that order, and who does, indeed, fix them, but who fixes nothing else, will still be unlikely win. This is why you hire a real, bona-fide driver’s license restoration lawyer. At least I can analyze not only the order ending the appeal, but all of the evidence submitted, as well, to see what else was wrong. In other words, in an administrative review, the Secretary of State will simply simply deny the thing when it comes across the first good reason or reasons to do so. There may be many more problems with the evidence, but those won’t even be raised. Imagine you need a piece of wood for a project, and it must be 2 inches thick, 2 inches wide, and 2 inches high. If you are find a piece that’s only 1 inch wide, don’t you just stop right there? Does it matter to you that the wrong piece is also only 1 and 1/2 inches thick, and it’s only an inch high, as well? Of course not.

As I noted earlier, to anyone thinking of filing an administrative review, I say “go for it,” but do so cautiously, and with the understanding that your ability to appeal that loss right away may be impeded simply because you decided to play lawyer. There is no reason, for example, why a person cannot do their own concrete work in the backyard, and make a cement slab patio. Indeed, some die-hard do-it-yourselfers would jump at the chance to do just that. But of all those homemade efforts, few will ever turn out as good as those done by an experienced cement contractor. From the base upon which the concrete is poured, to the edging of the slab and the smoothing work that gives it that finished look, no weekend warrior is going to do a job that compares to the guys who’ve been doing it their whole lives. Ditto for a license appeal.

What’s more, very few lawyers really understand all of the subtleties within the substance use evaluation form; so non-lawyers are at an ever greater disadvantage. I see this all the time, because in addition to fixing appeals lost by do-it-yourselfers, I’ve fixed tons where a lawyer has missed things, as well. The point I’m trying to make is that anyone doing this on his or her own has to essentially get lucky to win. If they don’t, it may not just be as easy as hiring me, for example, to step in and fix everything up immediately.

Yet for all of that, if you have tried an administrative review and lost, I can help, and hopefully sooner, rather than later. I represent clients from all over the country, and even some people who don’t live in the U.S. anymore, either. Do your homework and investigate. Within the driver’s license restoration section of this blog, I have analyzed every step and facet of the license appeal process in very fine detail. When you’re serious about getting back on the road, start checking around and asking questions. All of my consultations are done over the phone, right when you call. We’re here to help, and you can reach my office Monday through Friday, from 8:30 a.m. until 5:00 p.m. (EST) at 586-465-1980.