This article is going to examine what happens to your driver’s license as the result any 1st offense Michigan DUI conviction. Here, we’ll be focusing specifically on 1st offense cases, and we’ll look at what happens among the various and different first offense charges. Unlike many of the longer, 2-part articles found on this blog, we’ll keep this piece to one installment for simplicity’s sake. Although this subject can get complex, we’re going to boil it down to something simple and easy to understand. 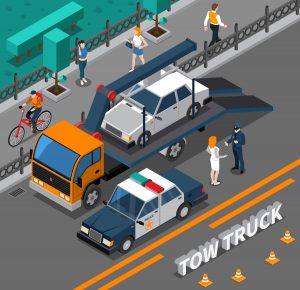 License penalties for DUI convictions are set by law, and there is a whole, broad scheme of what happens as the result of every kind of DUI conviction. If that’s not enough, there is another entire panorama of other license sanctions that can, and sometimes must be imposed in addition to and on top of any DUI license penalty. Each one of these runs on its own line, like parallel but separate tracks, except when they cross, and then one takes priority over the other. The “why” and “how” of all of this can get confusing, but with a little patience, it can be untangled, as we’re about to do now.

First, let’s reiterate that our target subject is 1st offense DUI cases. For as much as there is to DUI license sanctions in general, by limiting our inquiry only to 1st offenses and skipping over 2nd and 3rd offense cases, we will cut out more half of the confusion. Toward the end of this installment, we’ll look at how another, fairly common relevant license sanction interacts with DUI license penalties, but will forego any analysis of those issues for now in order to keep things straightforward.

Let’s begin with a quick lesson in terminology: Although everyone uses the term “DUI,” there is actually no such offense in Michigan. Instead, the legal term for drunk driving here is “Operating While Intoxicated,” or “OWI,” for short. In this article, we’ll use the terms interchangeably, except when it’s necessary to differentiate one kind of offense from another.

This is important, because the Michigan Secretary of State imposes license penalties based solely on a measure of time between OWI offenses, and NOT based upon anything else. Let’s look at an example to clarify how this works:

Assume Lucky Larry was arrested for a 1st offense DUI back in 2009, and his lawyer worked out a plea-bargain to the lesser charge of “Impaired Driving” (1st offense OWIV) on January 1, 2010.

On December 31, 2006, he was arrested again for another DUI. His lawyer on that 2nd case was very skillful, and managed to negotiate his 2nd offense OWI charge down to a 1st offense, so that on February 3, 2007, Larry pled guilty to another 1st offense Operating While Intoxicated (OWI).

By pleading guilty to a 1st offense in his second case, Larry was saved from the potential criminal penalties (meaning fines, costs, jail, probation, community service, etc.) of a 2nd offense. That was definitely a successful result.

However, because the Michigan Secretary of State ONLY counts the dates between OWI offenses, it does not matter that, criminally speaking, Larry was only convicted of a 1st offense in this second case, and NOT a 2nd offense.

In other words, because he has racked up 2 OWI-related convictions within 7 years, Larry’s driver’s license will be revoked for 2 OWI convictions with 7 years, and he will be legally categorized as a “habitual alcohol offender” by the Secretary of State.

For the rest of this article, we are only going to focus on cases that are true 1st offenses, meaning that a person either has no prior OWI-related convictions, or at least none that occurred less than 7 years before the date of arrest for a new DUI charge.

One of the first things the reader should understand is that what you’re first charged with is NOT necessarily going to be the conviction offense that ultimately goes on your record. For example, lots of people get charged with High BAC or OWI , but, with proper legal help, are able to have those charges reduced down to something less serious, like Impaired Driving (Operating While Visibly Impaired, or OWVI).

In the “Lucky Larry” example above, we saw how his first DUI charge of OWI (Operating While Intoxicated) got reduced to OWVI (Operating While Visibly Impaired). By looking at the scheme of 1st offense DUI driver’s license sanctions below, we can see that had Larry been convicted of the OWI charge originally made against him in his first case, his license would have been “hard” suspended for 30 days (meaning NO driving whatsoever) and that he would have been on a restricted license for the next 5 months.

Instead, because he got a plea-bargain to Impaired Driving (OWVI), his license was never subject to a “hard” (no driving) suspension, but was merely restricted for 90 days.

Thus, in a 1st offense case, what matters isn’t the initial charge made against a person, but rather the final charge that goes on his or her record.

Because every 1st offense DUI conviction will eventually result in some length of restricted driving privileges, let’s first look at what the law allows. When on a restricted driver’s license issued by the Michigan Secretary of State, a person may drive as follows:

While driving with a restricted license, the individual shall carry proof of his or her destination and the hours of any employment, class, or other reason for traveling and shall display that proof on a peace officer’s request.

It is important to note that a person CANNOT drive for any reason NOT listed above, no matter how important it may be to him or her. In other words, during the time someone has a restricted license, he or she cannot drive to the grocery store, the cleaners, or the gym, etc.

Of course, people will alway have various questions that begin with “what about,” but the answer to them is simple: if the reason you need or want to drive is not specified in the excerpt of the law set forth above, then the answer is a firm “no.” There are no exceptions.

Now, let’s turn to a summary table of DUI driver’s license consequences. See this page from the Michigan Secretary of State for a complete list of all the penalties and sanctions for DUI offenses, but here, we’re just going to look at how a 1st offense DUI conviction will impact a person’s ability to drive and for how long:

No suspension – license restricted for 90 days.

License suspended for 30 days (meaning NO driving whatsoever), followed by 5 months on a restricted license.

License suspended for 45 days (meaning no driving whatsoever), followed by 10 and 1/2 months on a restricted license with a MANDATORY ignition interlock unit.

That’s simple enough, but now we’ll make a sharp turn into the land of confusion, because there is one situation that comes up regularly, and that’s when a person arrested for a DUI refuses a chemical (breath or blood) test, and winds up getting a 1-year suspension of his or her driver’s license for that.

This is called an Implied Consent refusal, and it happens in roughly about 5% of all DUI cases that we see.

People will often mistakenly believe that if the Secretary of State is going to issue a restricted license after their DUI, then that will override any suspension they get for the chemical test refusal.

Assume Bad Luck Brenda is arrested for a DUI after hitting a parked car, refuses the breath test, and a warrant is obtained and her blood taken. As a result, it is determined that her BAC was .22, almost 3 times the legal limit. She is charged with High BAC. Despite her lawyer’s best efforts, the prosecutor won’t agree to any kind of plea bargain, citing the accident as the primary reason.

Brenda winds up pleading guilty to High BAC, which, as shown above carries a 45 day “hard” suspension followed by 10 and 1/2 months on a restricted license with an interlock.

For some reason, Brenda’s DUI case took a long time to wrap up in court, so it turned out that her lawyer was in circuit court getting her on a restricted license for her Implied Consent refusal first.

This is actually NOT uncommon in the real world.

The normal license granted in such matters is for one year, with standard statutory restrictions.

For about 3 months before her DUI case was resolved, Brenda was able to drive on the circuit court’s restricted license. However, following her plea on the High BAC charge, she will be subject to the OWI license penalties, meaning that she will NOT be able to drive for 45 days, and then will have to drive on an interlock for the next 10 and 1/2 months after that.

All in all, her license sanctions will last about 15 months. This is because the DUI suspension overrides the circuit court Implied Consent restricted license.

Now, let’s look at another example:

Assume that Swerving Sam gets pulled over one night and ultimately refuses to give a breath test at the police station, so a warrant is obtained and his blood taken. His BAC comes back at .12, and he gets charged with OWI.

Sam’s lawyer manages to plea bargain his OWI charge down to Impaired Driving (OWVI), which only carries a license sanction of 3 months’ restrictions.

However, Sam, like Brenda, has to go to circuit court to get a restricted license for his Implied Consent refusal, where he winds up getting the standard 1 year license with restrictions.

Whenever Sam’s DUI restricted license gets issued, it will piggy-back onto his circuit court license, meaning that he will be on the 1 year restriction for the Implied consent already, and the 90 day restricted for his DUI will not be of any effect whatsoever.

It’s not surprising that all this can be a bit confusing to the average lawyer, much less a lay person, but because our firm concentrates in both driver’s license restoration and DUI cases, it’s rather straightforward to us, and we know what to do to protect a client’s license.

What’s more important isn’t just that we understand how these things work, but that when one of our clients finds themselves in a situation like Brenda’s or Sam’s, we can explain it, and make it understandable for them.

The good news is that for about 95% of all people arrested for and facing a 1st offense DUI charge, the summary of license sanctions above is all they’re going to have to deal with. It is worth repeating that those penalties are set in stone, and there is no way to shorten or otherwise modify them in any way, for any reason.

That can be harsh in some cases, but the simplicity of the DUI driver’s license penalty scheme has its appeal – enough so that the legislature has left it alone and not changed for the better part of 22 years.

If you are facing a DUI charge and looking for a lawyer, be a savvy consumer and read around. Pay attention to how different lawyers explain the DUI process, and how they explain their various approaches to it.

If your case is pending anywhere in the Greater-Detroit area, meaning anywhere in Wayne, Oakland, Macomb, Lapeer, Livingston, St. Clair or Washtenaw County, give us a ring as well. All of our consultations are free, confidential, and done over the phone, right when you call.