As Michigan driver’s license restoration lawyers, we evaluate and screen potential clients multiple times every day. When we agree to take a case, people will often ask us something like, “What do you think my chances are?” This is a really frustrating question for us, because our firm guarantees to win every driver’s license restoration and clearance appeal case we take. In other words, if we take your license appeal case, and precisely because of our guarantee, your “chances” of winning are 100%! 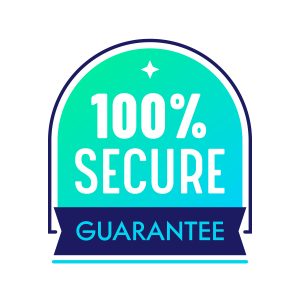 My team and I won’t take a case based upon anything other than our complete confidence we can win it, and in that regard, we put our money where our mouths are. Of course, there is a catch: In order for us to take on a driver’s license restoration or clearance case, we need to know that someone has honestly quit drinking, and is genuinely sober. This filters out a lot of people, because while it’s a fact that everyone who has lost his or her license for multiple DUI’s wants it back, it’s also a fact that only a minority of those people have truly given up drinking and adopted an alcohol-free lifestyle.

There is a lot more to this, however, than someone just saying they’ve quit drinking. People try that trick all the time, but the whole point of the license appeal process is to carefully examine such claims and require a person to actually prove that he or she has made the rather dramatic transition from drinker to non-drinker. What a lot of people don’t get is that, in the context of a license appeal, having “quit” drinking and being sober means being 100% completely abstinent. “Sober” is not about someone saying they drink less, or they only drink once in a while, or anything like that.

Instead, it’s an all-or-nothing proposition. In the real world, this leaves a lot of people out in the cold. The Michigan Secretary of State follows a very specific mandate, and the main rule governing license appeals (Rule 13) very clearly requires that a person must have been completely abstinent from alcohol and any other substances (including marijuana) for a “legally sufficient” period of time (in our office, we generally require a person to have been totally clean and sober for at least 18 months before we’ll move forward with a case), and also to have both the ability and commitment to remain that way for life.

In Michigan, once a person has had his or her license revoked after multiple DUI’s, he or she is legally categorized as a “habitual alcohol offender.” As a consequence of that, he or she is also legally presumed to have a drinking problem

To win a license appeal, any such person must, among other things, always prove the following 2 issues by what the law defines as clear and convincing evidence:

First, that his or her alcohol problem (remember, its existence is presumed) is “under control,” meaning that he or she has been completely alcohol-free for that legally sufficient period of time mentioned above, and

Second, that his or her alcohol problem is “likely to remain under control,” which amounts to demonstrating that he or she has what it takes to remain sober for life, and is intent on never drinking or getting high again.

In practice, it’s an order of magnitude more likely for a genuinely sober person’s license appeal to be denied for failing to satisfactorily prove his or her case than it ever is for some faker to scam his or her way through the process.

For their part, the Michigan Secretary of State hearing officers who decide these cases know that people are going to try and BS them, and they expect to get lied to about not drinking every single day.

The key to the driver’s license restoration process is understanding that a person must not only be genuinely sober, he or she must also prove it, and do so by meeting that “clear and convincing evidence” standard.

This is a high bar – and it’s supposed to be that way.

People inquiring about a license appeal will often tell us that they’ll say whatever we need them to say, or that all we need to do is tell them what to say.

Let me make this very simple: We NEVER want anyone to do anything in a license appeal case other than tell the truth:

• If you haven’t stopped drinking, then we won’t take your case.

• If you use recreational marijuana, then we won’t take your case.

This is exactly why we ask some tough questions of everyone and screen rather thoroughly: to make sure that nobody tries to just “say” they’ve quit drinking. We guarantee to win every restoration and clearance appeal case we take because we know what it takes to win, and when we speak with someone who is truly sober, we invest our hearts and souls into making sure that he or she does, in fact, win.

Our guarantee is more than just words. If we take a case and don’t win, it obligates us to stick with it and do the whole thing over again the next year without further legal fees. Technically, this obligation never ends, but the whole point of the way we operate is to avoid having to do a case all over again (for free) a second time.

The idea of having to do it all over again a third time is a nightmare on steroids.

Accordingly, we ask the necessary questions to ensure that when we accept a case, it has the required ingredients to be made into a winner. For as nice as all of this sounds, the simple fact is that we make our money winning license appeals the first time around.

In fact, we count on it – literally.

As I thought about this article, it occurred to me that the general idea someone might ask something like “what are my chances” makes sense – except when it comes to our firm, and that is one of the things that very much sets us apart from everyone else.

Of course, we don’t expect someone to not ask that question, but we can’t help but chuckle a bit when they do.

Although it goes beyond the point of this article, there is another kind of question we often get asked that is another eye-roller: “How much do you charge?” or “What is the cost?”

In the same way that we have a published guarantee to win every restoration and clearance appeal case we take, we also publish our prices online, as well, and that’s another thing that sets us apart from everyone else.

I could go off on this all day long and provide a million reasons why we do this and why everyone else should, too, but underneath it all is the simple fact that personally, I won’t do business with any company that isn’t open and upfront about costs.

The idea of being secretive about price puts me off, and I certainly would never do that to anyone else.

If my team and I were any less selective about the cases we take, then when someone were to ask us “What do you think my chances are?” we’d have to sputter out some BS answer.

Instead, all we have to do is simply repeat our guarantee.

As I said above, that guarantee is more than words. There have been many times over the years where I’ve heard an ad on the radio, or seen one on TV for some product with a lifetime warranty, and wondered, “how good is that, really, given that the company probably won’t be around in 5 years, anyway?”

In fact, I have a rather expensive barbell in my basement that came with a lifetime guarantee, but the company went out of business years ago. The barbell is just fine, but if it ever does malfunction, I’m on my own.

For us, the guarantee isn’t a way to lure in potential clients, or even to merely offer them a sense of security, it’s also a kind of backup measure for us to never get tempted to take a case we’re not sure we can win. It’s not easy to turn away someone who is anxious to pay you, and it sucks to deliver bad news and disappoint a person, much less to watch money go out the window.

However, our firm has to do a lot more than just promise best efforts; we have to promise winning results, and our guarantee means we’re stuck with a case until we actually get them.

If you need to win back your driver’s license or clear a Michigan hold on your driving record, be a wise consumer and read around. Read how different lawyers explain the license appeal process, and how they explain their various approaches to it. When you’ve done enough of that, start checking around.

You can learn a lot by speaking with a live person. Our firm can handle your case no matter where in the world you live. All of our consultations are free, confidential, and done over the phone, right when you call.