In my role as a Michigan driver’s license restoration lawyer, I get tons of calls and emails from people who need to win back their license. However, and as one hearing officer with the Michigan Secretary of State’s Administrative Hearing Section (AHS) so adroitly puts it, “everybody needs a license.” Needing a license, however, has nothing to do with actually winning a license appeal, anymore than needing money has anything to do with actually winning the lottery. In this article, I want to take a look at 5 common things that people believe are important, but that don’t really matter a bit in the context of winning a Michigan driver’s license restoration or clearance appeal. As we’ll see, not only do none of these things have anything do with winning your license back, there is one overlooked and recurrent theme within the process that essentially everything else and is the absolute key to getting back on the road. 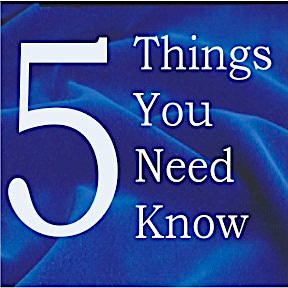 First, as we’ve just noted, the idea that you “need” your license couldn’t matter less to your ability to actually win it back. The whole point of the license restoration process is to make sure than only people who are and will remain sober get back on the road. When a person racks up multiple DUI’s, he or she is categorized, under Michigan law, as a habitual alcohol offender, and his or her driver’s license is revoked. The Secretary of State will not even consider giving a license back to someone who still drinks, or even thinks they can ever drink again. This point is missed by loads of people who will assure any and everyone that they are no longer any kind of risk to drink and drive again for all kinds of reasons: they won’t drink when they drive, they don’t drink like they used to, they only drink at home, they only drink once and a while, and so on. From the state’s point of view, however, these people are nothing less than proven risks. By contrast, who is the least risky to ever drive drunk again? People who don’t drink. Thus, the line in the sand is drawn there; the only people who have their licenses restored are those who have quit drinking for good and can prove it.

Second, a lot of people will observe, with a strong note of exasperation, that they haven’t driven in X number of years. I’m not trying to be the bad guy here, but that begs the question, “so what?” If proving sobriety is the key to winning your license back, what does not having had a license for any period of time have to do with that? Plenty of people don’t drive anymore, but still drink. It’s the same for people who complain that they haven’t had a license for a long time. So what? The key to getting that license back is proving sobriety, and that has nothing to do with how long you haven’t had a license other than your minimum period of revocation must have passed before you become eligible to file an appeal.

Third, and in a similar vein, some people note that they haven’t been in any legal trouble for quite a while. Here, we ask the same question: so what? What does that have to do with proving that you finally had enough with drinking and gave it up – for good? For some of those who have undergone the profound transformation from drinker to non-drinker, staying out of trouble can be evidence of that fact. Some people are like the Tasmanian Devil, and rack up all kinds of problems when they drink, so when things suddenly get and stay quiet, it tends to show they’ve changed. Others, however, can stay completely under the radar and drink without notice. I’ve even seen this in cases where someone has racked up a bunch of DUI’s, and then stopped – not drinking, but rather stopped racking up the DUI’s. Standing alone, the mere fact that a person hasn’t been in any trouble only proves that they haven’t been in any trouble, not that they’ve quit drinking.

Fourth, plenty of people move out of state, for many reasons, and want to clear the Michigan “hold” on their driving record so that they can get a license in their new state. While it’s true that by moving out of state, a person is no longer Michigan’s “problem,” it’s also true that the Secretary of State requires the exact same procedure for a clearance of a hold on the driving record as it does for restoration of a person’s driver’s license. In other words, you still have to prove the whole sobriety thing to the state The fact that a person has moved out of Michigan, because it has nothing to do with quitting drinking, is not, by itself, any help in the context of getting that clearance.

Fifth, and in that same way, the fact that a person may have lived outside of Michigan for many years doesn’t matter, either. A clearance is issued only if a person can prove that he or she has quit drinking, has been abstinent for a minimum period of time, and has the commitment and the tools to remain sober for good. Once Michigan revokes a person’s license (or driving privileges for non-residents), that hold goes on the NDR, or National Driving Register (not the sound-alike scam site called the “National Driving Registry”). Once there, the only way to remove a hold is to get it cleared, and that requires all the same evidence that must be filed in a regular Michigan driver’s license restoration case. Thus, having moved out of state doesn’t matter.

Yet for everything I’ve mentioned above, many people do find themselves within reach of a better job, or even a new career, that will require them to be able to drive. This circles back to the “I need my license” theme, except that quite often, the reason these people get into a position to start a new career or get that better job in the first place is precisely because they have quit drinking and the trajectory of their lives has gone up as a result of getting sober. Here, needing a license is the product of that sobriety, and because sobriety is the key to winning it back, we can start the process.

As I mentioned at the outset, there is one recurrent theme to all of this: sobriety. If a person has quit drinking and is genuinely sober, it could not matter less how much he or she DOESN’T need a license. A sober retiree could just want his or her license back to drive around the block, and as long as her or she could prove they’ve quit drinking for good, that’s enough. The key to all license appeals is proving that you won’t drink again. Beyond that, nothing else really matters, and certainly not why a person wants or needs to drive, nor the fact that he or she may have moved out of state, or not has driven, or hasn’t had a license, nor gotten into any kind of trouble in a long time. Sobriety is everything, and everything else is kind of nothing.

If you’ve really quit drinking and need to either restore you Michigan driver’s license or clear the state’s hold on your driving record, I can do that for you, and I guarantee the results. Take the time to check out some of the driver’s license restoration articles on this blog, as well as the license restoration section of my website. Do your homework and check around. You’ll find more information here than any and everywhere else combined, and, just like this article, everything is written in a candid and straightforward manner. When you’re ready to start looking for a lawyer to hire, give me a ring. All of my consultations are done over the phone, right when you call. You can reach my office Monday through Friday, from 8:30 a.m. until 5:00 p.m. (EST) at 586-465-1980. We’re here to help