In part 1 of this article about Michigan driver’s license restoration and clearance cases, we took up the idea that the new year is a great time for new beginnings, and that among the best things a person can do to get off to a fresh start is win back the reinstatement of his or her driving privileges. Timing, as the saying goes, is everything, and it has always been the case that people at least think about making changes for the new year.  It’s a time for new beginnings, and few things could provide a better fresh start than being able to drive again, legally. 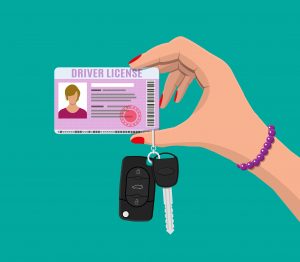 There is an irony here, though, because anyone who even thinks of celebrating the new year with a toast of alcohol is miles away from being able to win back his or her license.  It’s a simple fact that people who don’t drink are exactly zero risk to drive while intoxicated.  Accordingly, the whole goal of the process required by the Michigan Secretary of State is to make sure that anyone who ever does get back on the road won’t drive drunk again, and that’s done by only restoring driver’s licenses for those people who do NOT drink at all.

Unfortunately, a lot of people, including some lawyers who claim to “do” license appeals, miss this critical point.  As we noted in part 1, it doesn’t matter how much someone needs a license, how long they haven’t had one, how long they’ve stayed out of trouble, nor is it of any consequence that they’ve completed their DUI sentence.  In the context of a driver’s license restoration or clearance case, the only thing that matters is that a person has honestly quit drinking, and has both the commitment and the tools necessary to stay sober for the rest of his or her life.

In order to win a Michigan driver’s license restoration or clearance appeal case, a person must, among other issues, always prove these 2 things by what the law defines as clear and convincing evidence:

1. That his or her alcohol problem is “under control.” Anyone convicted of multiple DUI’s in Michigan is legally categorized as a habitual alcohol offender, and is presumed to have a drinking problem. A drinking problem is considered to be under control when a person has been entirely abstinent from alcohol for a legally sufficient period of time. Although the precise amount can vary from case to case, our firm generally won’t move forward with an appeal until a person has been completely alcohol (and drug) free for at least 18 months.

2. That his or her alcohol problem is “likely to remain under control.” This is interpreted by the Michigan Secretary of State to mean that a person has the ability, commitment, and tools to remain sober for life. Sobriety is much more than just mere abstinence; it’s an enlightened state of being. Anyone who is genuinely sober will agree that all sober people are abstinent, but not all abstinent people are sober. Sober people not only plan to remain alcohol and drug free, they enjoy their sobriety on a daily basis, and are grateful for everything it brings.

These 2 requirements are really the heart and soul of the whole license appeal process.

For any reader who is already sober, winning a license appeal is really a matter of carefully navigating the driver’s license appeal rules. Underlying everything that’s involved in a license restoration case, all my team and I really need to start are 2 things: First, that a person be sober, and second, that he or she is otherwise eligible. For us, eligibility isn’t just about being able to legally file a case, but rather having enough clean time to to be able to win it. We make that determination on a case-by-case basis.  At the end of the day, license appeals are primarily about not drinking.

Individual attention to detail is important to our firm, because we GUARANTEE to win every driver’s license restoration and clearance appeal case we take. Accordingly, we can’t afford to take any case that we can’t make into a winner.

For the client, it’s a win-win, and eliminates any risk, because if we take your money, then the question isn’t if you can win, but rather when that will happen. You’ll pay us once, and you will get back on the road – guaranteed.

For anyone who hasn’t yet quit drinking, this is something to mull over when that little voice in your head whispers that something is amiss with your drinking.

After all, when you take a step back and think about all the inconvenience caused by not having a license, it shows what a person’s priorities have become when he or she still thinks that being able to drink is more important.

To be clear, I am NOT suggesting a person quit drinking just so that he or she can get a driver’s license; as we noted in part 1, a person can only truly quit drinking for him or herself, because he or she has simply had enough, and not for some external reason, nor for anyone else.

Still, when viewed from the outside, it is perplexing to hear someone say that, despite having racked up multiple DUI’s and losing their license, they still want to drink, even if doing so means they can’t win a license appeal. In other words, given the choice, they’ll still pick drinking over being able to drive again.

Seriously? Because drinking has been that great? It has been that much of a positive factor in your life that it matters over almost everything else?

Tell me how that’s not a problem….

I often point out that nobody quits drinking because it’s working out so well, and if my team and I have learned one thing from the thousands of license restoration cases we’ve handled, it’s that you never know what that last thing will be that tips the scales for a person to finally decide to stop.

In other words, although a person can’t quit drinking just to win a driver’s license appeal, being unable to drive may one day be that last straw that finally flips the switch and allows him or her to realize that alcohol has been the common denominator to everything that has gone wrong, and that it’s time to let it go.

In that vein, here are 3 more guarantees for someone to consider when they think about all this:

1. You will never meet a sober person who regrets their decision to quit drinking, although most (if not all) of them will say they regret not having stopped sooner,

2. You will never meet a sober person whose life hasn’t changed for the better since they quit drinking. AA people have a saying about this – “My worst day sober is better than my best day drunk,” and,

3. No sober person (and nobody else, on their death bed), wishes they would have drank more, or for longer.

So what’s it going to be? If you’re sober, then let’s talk about getting your license back.

If you’re still drinking, then you have to know that you’re in for more of the same old same old, meaning an ongoing reel of repeat performances. It’s often said that the definition of insanity is doing the same thing over and over again, but expecting a different result.

That sounds about right…

If you’re looking for a lawyer to win back your license, or obtain the clearance of a Michigan hold on your driving record so that you can get a license in a new state, take some time to read around. If you’re searching for a lawyer, pay attention to how different attorneys break down the license appeal process, and how they explain their various approaches to it.

All of our consultations are free, confidential, and done over the phone, right when you call. My team and I are very friendly people who will be glad to answer your questions, explain things, and even compare notes with anything some other lawyer has told you. Even if you just want to talk about your relationship to alcohol, we’d be happy to do that. If there’s anything we can say that helps you decide to quit drinking, then all the better.