One of the more common things we hear when people call us about restoring their driver’s license is a clear sense of frustration about the need to go through the whole appeal process. In this article, I want to address the mindset of those who think and say things like “this isn’t fair” and/or “I don’t deserve this.” While those feelings are always understandable (and sometimes accurate, as well), it will be far more helpful to provide a simple explanation of the how the law functions in order to clarify what can (and can’t) be done, and when, to get someone’s license back. 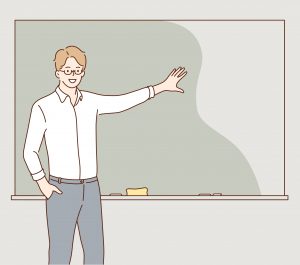 As a preliminary matter, the reader should note that we are a Michigan driver’s license restoration law firm, and we only make money by taking cases, not by turning them away. I point this out because, while some of the Secretary of State’s rules governing license appeals may legitimately seem to drive some unfair results, my team and I don’t make those rules; we have to work within them. Sometimes, when we explain to a person why we can’t take his or her case because of how things work, their frustration will boil over, and they’ll say something like “this is bull$hit!”

The problem with that kind of thinking is that it overlooks the fact that anyone who has had his or her license revoked for multiple DUI’s needs to bear in mind that they didn’t wind up in this situation by accident. Plenty of people try to explain that, despite their own record of DUI’s, they know somebody who has driven drunk way more, but not been caught, or someone who supposedly lied their way through the license appeal process and won, but still drinks. Even if those things are true, they’re not arguments that will help win your license back. In fact, that kind of talk will get you denied faster than anything.

Above and beyond all of that, however, it is simply a fact that a reasonable person can feel that the whole license revocation and restoration process isn’t fair. And it gets worse before it gets better, because not only does a person have to actually be sober to win a license appeal, he or she has to prove it, by what the law defines as “clear and convincing evidence.” Can you imagine how someone who has honestly quit drinking and who has been alcohol-free for several years must feel after trying a “do-it-yourself” license appeal, only to be denied?

Let’s put this in perspective to see how it all works:

Under Michigan law, anyone convicted of 2 DUI’s within 7 years or 3 DUI’s within 10 years is categorized as a “habitual alcohol offender” and will have his or her driver’s license revoked. The revocation is for life, meaning his or her license is gone forever. The “for life” language means that it does not matter how long a person waits; his or her driving privileges will remain revoked unless and until he or she files and wins a formal driver’s license restoration appeal.

However, the law does allow anyone revoked for multiple DUI’s to file an appeal seeking the restoration of driving privileges as follows:

A key consequence of being categorized as a “habitual alcohol offender” is that any such person will automatically be presumed to have a drinking problem. We could debate this until the sun burns out, but the bottom line is that the Michigan Secretary of State is NOT interested in anyone trying to explain that, despite having lost his or her license for racking up multiple DUI’s, he or she doesn’t really have a drinking problem.

In other words, even if someone truly was just unlucky in getting 2 DUI’s, the state will only consider restoring driving privileges to a person if he or she has honestly quit drinking. At the point where someone has racked up 2 of more DUI’s, the Secretary of State isn’t going to take any chances. Whatever else, the people who present the least risk for another DUI are those do not drink at all.

In a very real way, license appeals are all about not drinking.

The law requires that, before a person convicted of multiple DUI’s can get his or her license back, he or she is going to have to prove among other thing, the following 2 key issues, by what, as noted above, the law defines as clear and convincing evidence:

First, that his or her alcohol and/or problem (remember, a person is presumed to have a problem once he or she becomes a habitual alcohol offender) is “under control.”

In plain English, “under control” means that a person has been completely alcohol and drug-free (this includes recreational marijuana) for a legally sufficient period time. Although the precise length can vary from case to case, in our office, we generally require a person to have been completely clean and sober for at least 18 months before we’ll move forward with a license appeal case.

Second, that his or her alcohol problem is “likely to remain under control.”

Simply put, “likely to remain under control“ means that a person has both the ability and commitment to never drink (or get high) again. Put another way, proving this requires proving that one is a safe bet to remain clean and sober for life.

What’s important here is that to win a license appeal, not only must a person be sober, he or she must also prove it according to the legal requirements governing license restoration cases.

People who aren’t sober will often try and differentiate themselves from someone else who they know has drinking “problem” by saying thing like:

The state, though, has to follow the law, and what the law makes clear is that the only people who can regain driving privileges are those who do NOT drink. Remember, as far as risk factors, people who don’t drink are exactly ZERO risk to drink and drive.

The state, through the rules enacted by the legislature, has decided to take that bet, because it’s the safest.

Of course, to anyone who has lost his or her license, it can seem a bit extreme to just automatically assume that every last person who has racked up 2 or more DUI’s has a drinking problem, or at least, years later, still carries a risk factor to drink and drive.

While thinking that way may be understandable, the bottom line is that anyone in this situation has to look within to understand how they got there in the first place. However fair or not the driver’s license rules may be in any specific case, and as the old saying goes, “it is what it is,” and all the complaining in world isn’t going to change it.

Neither is our firm.

As I pointed out above, my team and I don’t make the laws. Instead, we have to work within them, and we do that quite well; so well, in fact, that we guarantee to win every driver’s license restoration and clearance appeal case we take.

In order to do that, though, we must first screen every potential client to make sure that he or she is, in fact, genuinely sober.

Over the course of 30-plus years, and after having handled thousands of license appeal cases, my team and I have certainly become able to spot patterns. One thing we see often is that those who are genuinely sober may not be happy about the legal requirements to win a license restoration case, but for the most part, they accept it.

This stands in stark contrast to some people who will interrupt our explanation of how this all works and point out things like, “but drinking is legal” or bark out that they know of someone else who got his or her license back and still drinks.

We’re polite people, but there are times when we’d like to say, “Well, then, screw the law and the rules, let’s just go in and tell that to the hearing officer, because that sounds like a winning argument!”

Unfortunately, in the world of license appeals, fair really doesn’t figure into the equation. Either you meet the state’s standards, or not.

Whatever backstory there is behind a person losing his or her license for multiple DUI’s, the simple fact is that the he or she begins the license restoration journey at the point of having to prove both a “legally sufficient” period of abstinence from alcohol (and drugs) along with a clear commitment and ability to remain abstinent for life.

This is the consequence of racking up multiple DUI’s.

To some, this may be unfair, while to others, it’s reasonable. No matter what anyone thinks about it, though, the fact is that the requirements for re-licensure are set by law, and either you meet them, or not.

At the end of the day, it’s generally accurate to say that the intent of the law makes it preferable to deny any number of people who really are sober, but couldn’t prove their case well enough (because they can always file again next year), than it would ever be to put some potentially risky drinker back on the road.

Some readers may understand this, and at least accept that it’s how things work. To the extent that anyone does, then this article will have accomplished its goal. Others, of course, will strongly disagree, and remain stuck on “it’s not fair,” but there’s probably nothing that I nor anyone else could say that would move them beyond that.

If you need to win back your driver’s license, or clear a Michigan hold off of your driving record so that you can get a license in another state, be a savvy consumer and read around. This blog is a great place to start, it is fully searchable, and with over 640 articles (as of this writing) in the driver’s license restoration section, and has more information than can be found any and everywhere else combined.