As Michigan driver’s license restoration lawyers, we work on license appeals every day. There are a lot of “moving parts” in these cases, and even the most straightforward of them calls for a significant amount of attention. One thing we frequently hear from callers is a sense of frustration that they “have to go through all of this” to get their license back. The point of this article is to try and explain that, while the license restoration process is, in a manner of speaking, a pain in the rear, it is also non-negotiable, and that either you do what the Michigan Secretary of State requires, or you won’t get your license back. 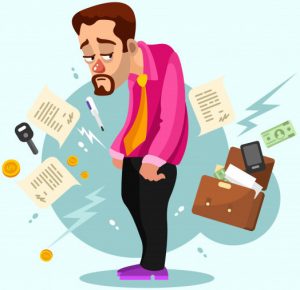 It’s a given that it was a hassle to have gone through all the court stuff from a DUI, including probation and testing and having had to paid fines and costs and whatever else. The problem, however, is that the frustration most people feel about having, as they say, “to jump through hoops” to win their license back, while very real, also misses the fact that after racking up multiple DUI’s, the license revocation process is every bit as much about protecting the public as it is about punishing the offender.

Michigan’s drunk driving law clearly states that if a person racks up 2 DUI’s within 7 years, or 3 within 10 years, his or her license will be revoked. Most people, however, never read the law, and are surprised to learn that having their license “revoked” means having it taken away for good, and not just suspended for a certain period of time. This is often why they’ll say things like, “I thought I did everything I had to do – I went to the classes, paid the fines and went through probation” when they learn they have to file an appeal to even be considered for the return of driving privileges.

A revocation means your license is taken away forever, whereas having it suspended means that it gets returned after either a specific period of time, or the payment of outstanding fines and fees.

The best comparison to explain this harkens back to school: when a student gets suspended, it is for a set number of days. After that is over, he or she is allowed to return. In the meantime, although not allowed to participate in school activities during his or her suspension, the person remains a student of that institution. A suspension from school is very similar to having one’s driving privileges suspended.

A license revocation, by contrast, is like being expelled from school. Once a student is expelled, legally speaking, he or she is no longer a student of that institution. There is no time period relative to an expulsion after which he or she can come back, because, by definition, the person is simply “out.”

When a student is expelled, the ONLY way for him or her to come back to the school is if he or she specifically asks for and is granted the privilege to do so. In other words, if a student is expelled from a college, and then, even 20 years later, tries to register for classes, he or she will not be allowed to do so unless and until he or she makes a formal request for readmission to the governing body and it is granted.

After 2 DUI’s within 7 years, or 3 or more within 10 years, a person’s license gets revoked, not suspended, and it doesn’t matter if he or she hasn’t had it for 30 years and hasn’t been in a stitch of trouble since, because the only way to get it back is to file and win a driver’s license restoration or clearance appeal.

Remember that the driver’s license sanctions are not imposed by the court, but rather by the Secretary of State (SOS), a completely separate entity. Only the SOS can return a license after it has been revoked.

This brings up 2 more things we hear often, neither of which matter to the Secrerat of State:

As one of the Michigan Secretary of State hearing officers says so well, “everybody needs a license.” Just needing a license, however, has nothing to do with actually being able to get it back.

Restoring a license after it has been revoked for multiple DUI’s is done through an administrative appeal that is heard and decided by the Michigan Secretary of State. The state, for its part, has established a rather specific (and many would say demanding) process to do this. Whether one likes it or not, the process is governed by law, and, as the saying goes, “it is what it is.”

For all the nuances involved, the license appeal process boils down to this: a person must present “clear and convincing evidence” that he or she has been completely abstinent from alcohol (and/or drugs) for a sufficient period of time, and that he or she has the commitment and ability to remain clean and sober for life.

In other words, sobriety is the meat and potatoes of Michigan driver’s license restoration and clearance appeals.

The idea underlying all license restoration or clearance appeals is this: the state has determined that anyone who has lost his or her license for multiple DUI (and/or drugged driving) convictions is too risky to put back on the road unless he or she can prove themselves unlikely to ever drink (and/or use drugs) again.

Whatever else, people who don’t drink are zero risk to drink and drive.

Thus, the line in the sand has been drawn, and only people who don’t drink or use drugs, and who can demonstrate themselves to be a safe bet to never do those things again – ever – will be considered for return of driving privileges or to have a Michigan hold removed from their driving record, if they now live out of state.

To do this, a person must undergo a substance use evaluation (SUE). Before that happens, we’ll prepare our client for it. In my office, that’s done at our first meeting, and typically takes about 2 hours.

Once that’s done, we’ll file the completed SUE, along with testimonial letters of support and certain other documents with the Secretary of State. After everything has been filed, a hearing will be scheduled. It is extremely important to prep for this hearing, every bit as much as it is to prepare for the evaluation.

Beyond just preparing a client for the evaluation at that first meeting, we’ll go over all the other evidence that will be submitted, and explain how we’ll help edit and revise the letters of support, and double-check every other necessary document for accuracy and consistency before it’s filed.

Yeah, it’s a lot of work, but if you don’t do it, or don’t do it right, you won’t win your driver’s license back.

Because our practice concentrates in license appeals, we know this process like the backs of our hands. We deal with every aspect of it daily. To us, it’s just what we do. To those who don’t concentrate in this field and work on license restoration cases every day, it can seem like a burdensome, complicated nightmare.

Of course, hiring a driver’s license restoration lawyer makes things a lot easier for the client. In my office, we guarantee to win every initial restoration or clearance appeal we take because we do, in fact, provide a high level of attention to detail. Still, there is a lot of work that needs to be done in any license appeal case, and even though we’re the ones doing it, the client must nevertheless cooperate with us.

I liken this to doing my annual business taxes. My CPA completes my tax returns each year and goes over everything with me, but I still have to keep track of and then total up all the money that comes in and goes out of my practice, and save receipts and such. In other words, it is a pain in the a$$ to get all the documents ready and in order for my CPA to finish my tax returns.

However, if I don’t want to have my property seized or otherwise wind up in jail for not paying the IRS, I just have to suck it up and do it, each and every year…

Fortunately, a person only has to go through the license restoration process 1 or 2 times. Let me explain:

If a person is a resident of Michigan and wins a license appeal, he or she first must first drive on a restricted license with an ignition interlock unit for 1 year, before he or she is eligible to file for a full license (technically called a “Change or Removal of Restrictions”).

Thus, he or she will have to go through the process 1 time to get the initial, restricted license, and then again, after that first year, to get a “full” license.

By contrast, anyone who now lives out of state and is seeking to clear a Michigan hold on his or her driving record will only have to go through the process one time, because once Michigan removes its hold, the person can then get a full license wherever he or she now lives.

As I noted earlier, the appeal process requires completing and filing a substance use evaluation and letters of support, among other documents. All restoration cases require a hearing, and anyone who wants to actually win a clearance case is well advised to come back for one (we require that in my office), and not try any kind of “appeal by mail,” called an “administrative review.” Each year 3 out of every 4 administrative reviews lose. By contrast, we guarantee a win in every clearance case we file.

If you’re getting the idea that this isn’t easy-peasy, you’re right. No matter how much you may need or want to drive again, you simply cannot “buy” your license back, nor can you “phone in” your participation in the appeal process. As a popular meme advises, when it comes to certain things, you just have to “suck it up, Buttercup.” You may not like the fact that you have “jump through hoops” to get your license back, but getting all mad about it and refusing to do what the state requires will just keep you on the sidelines longer.

If you are looking for a lawyer to help you win your license back, or obtain the clearance of a Michigan hold on your driving record, do your homework and read around. This blog is, by far, the biggest resource for information about the license process you can find anywhere and everywhere else combined, with over 490 driver’s license restoration articles to date.

When you’ve read how other lawyers explain themselves and the license appeal process, start checking around. We handle Michigan license restoration and clearance appeals no matter where in the world you live, and guarantee to win every initial restoration and clearance case we take. All of our consultations are free, confidential, and done over the phone, right when you call. My team and I are very friendly people who will be glad to answer your questions and explain things. You can reach us Monday through Friday, from 8:30 a.m. until 5:00 p.m. (EST), at 586-465-1980.