In our roles as Michigan driver’s license restoration lawyers, my team and I have sat through thousands of license appeal hearings. Although we have certainly learned many things from our extensive experience, one lesson really stands out: A person should never try to BS a hearing officer. In this 2-part article, we’ll examine why, and how, a lie (or even a “mischaracterization,” to put in nicely) will not only kill a pending license appeal, but can also haunt someone and negatively affect any future license appeals he or she may file later on. 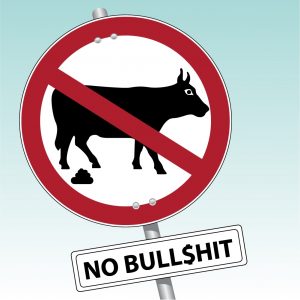 Speaking as a driver’s license reinstatement attorney, I would much rather find myself representing a client who admitted to something that derailed his or her current appeal rather than a client who lied about it. This applies even if the person could somehow get away with being untruthful at that moment and win. Although it’s just plain wrong to lie, I’m not going to moralize here; instead, we’ll proceed on the basis that “things come out in the wash.” As it turns out, that old saying has a way of becoming reality in license appeal cases more than in any other setting I’ve ever seen.

One of the problems with lying in general is that a person has to keep track of his or her fibs. In a license appeal, the hearing officer listens critically and skeptically to everything a person says, and is on an active lookout for any inconsistencies. Moreover, anyone who files and wins the restoration of his or her Michigan driver’s license will have to come back at some point down the road for a second hearing to “upgrade” his or her initial restricted license with an ignition interlock to a “full,” unrestricted license without the interlock.

To the extent that any of the things a person says in that first license appeal hearing weren’t accurate, they’ll have to clearly remember them in order to be consistent at the next hearing. That may not sound so hard, but there’s a lot going on in a license appeal hearing, and the questions can come at you really fast.  As the great American author Mark Twain said, “If you tell the truth, you don’t have to remember anything.”

It’s complicated enough to win even if a person has a good case and is telling the truth; throw a few fibs into the mix and, well, good luck, because you’re going to need it.

It’s really important to start off by pointing out that the hearing officer’s job, as dictated by law, is to NOT accept what a person says at face value. This isn’t just my “take” on things, either; the main rule (Rule 13) governing license appeal cases begins with the following language (pay particular attention to the opening sentence and the 2 words I have bolded):

v.  Other showings that are relevant to the issues identified in paragraphs (i) to (iv) of this subdivision.

A person doesn’t need to be a legal scholar to read this and understand that the hearing officer’s obligation to be skeptical is not some matter of subtle interpretation. As is plainly obvious, that first sentence of the rule directs the him or her to NOT grant a license appeal unless the person filing it proves his or her case by what is next defined as “clear and convincing evidence.”

Instead of getting lost in the weeds about all this, we’ll focus our attention on that opening language, because it’s there we come to understand that the Michigan Secretary of State hearing officers essentially begin their consideration of every case with a firm “no” as the answer, and will only change that to “yes” and grant an appeal if the evidence presented is both clear and convincing.

In practice, the hearing officers sit through license hearings and get lied to every single day. Anyone honest and/or smart enough to go about a license appeal the right way is going to find out that, as the second paragraph of the rule above makes clear, in order to win a license appeal, he or she must, in addition to everything else, prove these 2 things, as explained below:

First, that his or her alcohol (and/or drug) problem is “under control,” meaning that he or she has been completely abstinent from alcohol for a legally sufficient period of time. In our office, we generally require a person to have been alcohol (and drug) free for at least 18 months before we’ll consider filing a case.

Second, that his or her alcohol (and/or drug) problem is “likely to remain under control.” This requires a person to demonstrate that he or she has both the ability and the commitment to never drink or use any drugs – including marijuana – again.

Put another way, a person must show the Secretary of State that he or she has given up alcohol and any other kind of recreational drug use, and is a safe bet to remain clean and sober for life.

This is a lot easier said than done. The truth is quite sad, because the majority of people who develop a drinking problem do NOT get over it to the extent that they remain free of any and all substances.

Marijuana has become a big problem in license appeal cases, because a lot of people somehow confuse its legal status as meaning a person can use it and still win a license appeal.

That’s entirely wrong. Anyone who claims to have quit drinking but otherwise uses recreational marijuana will absolutely, 100% have is or her case denied.

For as varied as the statistics about recovery can be, the most optimistic of them indicates that only about 1/3 of people actually do recover from having been alcohol dependent.

Thus, we begin with the proposition that, however the numbers actually do sort out, the majority of people with an alcohol problem simply do NOT get better and stay completely sober for life.

That’s an important fact that never gets overlooked by the Secretary of State when someone whose license has been revoked for multiple DUI’s files a license appeal, but there’s even more to it:

Under Michigan law, any person who is convicted of 2 DUI’s within 7 years, or 3 DUI’s within 10 years is legally categorized as a “habitual alcohol offender.”

Among the consequences of being designated as a habitual alcohol offender is the revocation of the person’s driver’s license because, under the law, there is a presumption that any such person also has a drinking problem.

In other words, anyone who has racked up 2 DUI’s within 7 years, or 3 within 10 years is presumed to have a problem with alcohol.

As a practical matter, any person filing an appeal after having his or her license revoked after multiple DUI convictions will NEVER be able to win his or her case by claiming he or she doesn’t have a drinking problem, or that his or her DUI record is mostly a matter of bad luck.

A lot of people will try to explain how they’re not any kind of “big drinker,” or that they don’t drink that much, or that often. That kind of explanation only makes things worse. I’ll use an example to illustrate:

Big Drinker Bob lost his license after his 2nd DUI. He got his 1st in 2011, and his 2nd in 2018. Bob admits that he would usually drink around 3 or 4 times per week. We’ll go with 3, just to keep things easy. If we ONLY count the time frame (7 years) around his DUI’s and do a little math, Bob’s drinking looks like this:

Now, consider Seldom Sipping Sally, who has the same DUI record as Bob (1st in 2011 and 2nd in 2018), but indicates that she only drank about 2 times per month. Accordingly, her drinking math would look like this:

Therefore, while Sally may be completely correct in saying that she’s not a big drinker, and doesn’t drink that often, what’s also clear is that her risk factor to be arrested for an OWI charge is 6.6 times HIGHER than Bob’s.

Put another way, the “but I’m not a big drinker” argument doesn’t help – at all.

In fact, all it does is reinforce the idea that, instead of worrying about doing the math or putting a label on someone’s drinking, the simple fact that he or she has racked up multiple DUI’s means that his or her relationship with alcohol – whatever it may or may not be – is risky as far as drinking and driving are concerned.

This is why the law mandates the revocation of a person’s license after 2 DUI’s within 7 years, or 3 within 10 years. It’s a simple matter of risk, proven risk, and unacceptable risk, and once a person racks up multiple DUI’s, he or she is considered to be (and will be treated as) an unacceptable risk to remain on the road as long as he or she has any relationship to alcohol.

For as complicated as all of this can get, the underlying rationale is simple:

People who do not drink alcohol are exactly ZERO risk to drive drunk.

Accordingly, the Secretary of State interprets the legal requirement that in order to win a license restoration or clearance appeal, a person must prove that he or she has quit drinking (problem “under control”) and is a safe bet to never drink again (problem “likely to remain under control”) to mean that the only people who can win a license appeal are people who have given up drinking completely, and for good.

We’ll stop here, and come back in part 2 to see how this plays out in the context of a license appeal hearing.