In part 1 of this article, we began an overview of the potentially dire consequence of lying (or mischaracterizing something) to a hearing officer in the context of a Michigan driver’s license restoration appeal hearing. Over the course of my 30-plus years as a license appeal lawyer, my team and I have seen and heard just about everything. For all of that, however, there is one directive we give to our clients that never changes: tell the truth. In this 2nd part, we’re going to look at how admitting to something “unhelpful” in a license hearing is a lot better than ever being found to have lied. 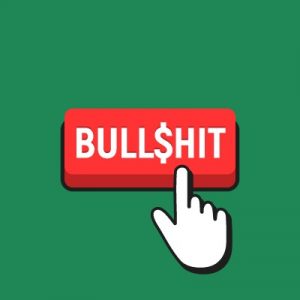 All the legal issues aside, the reality is that pretty much everyone “needs” a license, and most people who have it revoked for multiple DUI’s will try, at some point or another, to get it back. Some people will just plow ahead without a clue about how to do a license appeal, only to find out that accuracy, consistency and honesty are critical to winning. A lack of accuracy or consistency is bad enough, but if it comes as the result of someone outright lying, or otherwise trying to “BS” the hearing officer, not only will the person’s current appeal be denied, the label “liar” will remain attached to and follow him or her to any subsequent appeals, as well.

That can be a long-term deal-breaker. For as much as my team and I have “heard it all,” we ultimately get to decide which cases we are going to accept. Because we guarantee to win every license restoration and clearance appeal case we take, we will only undertake representation for people who are honest about having quit drinking, lest we get stuck with some case that is doomed to fail. The hearing officers, by contrast, don’t have that luxury, and have to sit through endless cases for people who don’t understand or really care about the license appeal rules, and only know that they “need” to be able to drive again.

This means that, independent of whether they have or have not quit drinking, and aside from whether they are truthful people or just BS-ers, the hearing officers are going to run into loads of people who either don’t know all the requirements to win a driver’s license restoration case, or otherwise try and scam their way through the system set up by the Michigan Secretary of State.

It’s the BS-ers who have to worry the most, because the license appeal process is really about screening them out from everyone else.

I need to press the pause button here for a moment and be perfectly candid: Many people learn, either by reading articles like this, websites like ours, or by trying a license appeal themselves, that a person must prove he or she has given up drinking for good in order to win.

The kinds of people my team and I take on as our clients are those who really have quit and done things like adopt a sober lifestyle. Our firm doesn’t screw around with anyone who wants to BS their way through this process.

We provide a guarantee to win every restoration and clearance appeal case we take, thereby obligating ourselves stick with our client until he or she does win.

The simple fact is that we earn our money winning these cases the first time around. We have no interest in taking a case that can’t win, only to run head-first into a loss, and then have to come back and do the whole thing all over again, for free, the next year.

This means our office carefully screens potential clients to make sure that they really are, and intend to remain, clean and sober. We have no interest in running any kind of scam, and we cannot pretend we have any interest to invest our goodwill – much less our time – into a case for someone who would lie like that.

So different, in fact, that we also list our prices online.

I don’t know of any other firm that lists prices online and provides a guarantee. However, our guarantee does NOT cover anyone who lies as part of his or her license appeal case.

Moreover, I can’t think of anything my team and I would ever have less appetite to do than to go back and try and “fix” a case the next year (for free, no less) because someone got found out trying to BS their way through a license appeal. That’s specifically why our guarantee excludes lying.

All of this should make sense, but here’s where it can get strange: over the years, I have had more clients that I could ever count be asked a question by the hearing officer – the kind of question that makes a person pause, because it’s one of those moments where telling the truth means admitting to having done something not kosher, to put it delicately – and who, in that moment, decided to be honest.

Time and time again, those people who “fessed up” in some way or another wound up winning their cases, no doubt precisely because the hearing officer knew they were being truthful.

Let me explain with an actual, real-life example:

I had an older, retired client who had lost his license a long time ago as the result of multiple DUI’s. By the time we filed his case, the guy had been genuinely sober for quite a while, and there was little doubt he took his sobriety rather seriously.

A few years before he contacted us, however, he had been convicted of some kind of revoked license charge, and it showed up on his driving record.

The hearing officer asked him about it, and he replied that he had driven his wife to the doctor that day, as she didn’t drive anymore because of her health.

The hearing officer then asked, if his wife didn’t drive, who would normally drive her to the doctor, drive to get prescriptions filled, and go grocery shopping?

My client didn’t hesitate to admit that he did.

The hearing officer then asked how often he drove.

My client responded that he’d drive about 3 or 4 times per month, just to go the doctor and the grocery store, where he and his wife also had their prescriptions filled.

I can’t pretend I didn’t feel my stomach drop at that moment.

When it came time for me to make my closing argument, I could not ignore my client’s testimony, no matter how much I wished I could.

Accordingly, I pointed out to the hearing officer that my client could have easily lied, or otherwise not been so honest, but that his candor in admitting to his driving, which of course, was illegal, also showed that he was quite likely truthful about everything else he had said, and that such frankness regarding his driving should be taken as an example of his sincerity when it came to his testimony about being sober.

The hearing officer obviously agreed, and my client won his case.

The flip side to this, however, is that if a hearing officer even suspects someone is BS-ing them about one thing, they’ll give that person’s testimony the same degree of credibility across the board when it comes to everything else.

That’s how pretty much everyone with a brain sees things.

Assume your dishwasher was leaking, so you called Honest Abe’s Appliance Service, and Abe came out and worked on your unit on Tuesday. The next day (Wednesday), you discovered that the unit was still leaking, and you were worried that water would get into the basement.

You called Abe again, and he said he was tied up on a job and couldn’t get to you until Monday.

You weren’t happy to hear the news, but you didn’t want to call anyone else, so you asked Abe what you should do to stop the leak. He told you to shut off the main water supply (as the dishwasher didn’t have it’s own shutoff valve), and just turn it back on as necessary to flush the toilet and take a shower and such, and then quickly shut it off again as soon as possible.

You weren’t happy to have to wait and go through all that, but, being the understanding person you are, you just decided to deal with it.

On Monday morning, Abe shows up, and at one point, while you’re in the other room, his phone rings. You can overhear him chatting with the caller, who turns out to be his friend talking about their long weekend golf getaway.

Abe didn’t make you wait all those days because he was out on a job; he was golfing!

Okay, it’s not like you expected him to cancel his plans just for you, but from that point forward, how much faith are you going to put in anything Abe says?

When it comes to a license appeal, you don’t EVER want to be seen as a bull$hitter.

If a person is caught lying about something in his or her license appeal, not only will he or she lose their instant case, they’ll always be seen as untrustworthy afterwards, in any subsequent case they file.

We see this often enough when someone comes to us after having lost a “do-it-yourself” appeal, and where there have been inconsistencies in his or her evidence and/or testimony.

This can get deep, and there are endless examples I could cite, but they all lead back to the same idea: don’t BS the hearing officer. They are PAID to be experts at sniffing that kind of stuff out, and even if someone does manage to win their first restoration appeal, they’ll be examining him or her up and down when he or she comes back for their full license, specifically to find any BS or inconsistencies from the prior appeal.

That’s their job, just like it’s a customs officer’s job to find contraband.

For all of that, we circle back to one simple rule: tell the truth. Even if it’s ugly, and even if it hurts in the short run, a lie will never die, and once a person gets caught in one, he or she will have a very difficult time being viewed as anything other than a BS-er.

If you are looking for a lawyer to win back your Michigan driver’s license or obtain the clearance of a Michigan hold on your driving record so that you can get a license in your new state, be a smart consumer and read around. Read how other lawyers explain the driver’s license restoration process, and how they explain the way they do things.

When you’ve done enough of that, start checking around. You can learn a lot by talking to a live person, and when you speak with us, you won’t hear any BS.

My team and I can handle any Michigan license appeal matter no matter where you live, even if it’s out-of-state.