In part 1 of this article, we began a discussion about the importance of our firm’s guarantee to win every Michigan driver’s license restoration or clearance appeal case we take. I began by pointing out that, very much unlike our practice, which concentrates in DUI and license appeal cases, there has been a recent surge of lawyers trying to enter the field claiming to “do” license appeals. I call these “McLicense” operations, because the simple truth is that there are very few real Michigan driver’s license restoration lawyers, like us, who specifically focus in this practice area, much less guarantee their work. 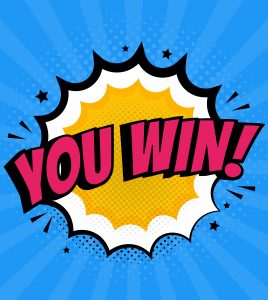 For everything that any lawyer can say about his or her skills, the presence (or lack of) a win guarantee says everything you need to know about whether you should risk your money with him or her. If I was a potential license appeal client and stumbled across some lawyer who couldn’t put their money where their mouth is, I would think, “No guarantee – no way!” Having a guarantee obligates us to stick with every restoration and clearance appeal case until it does win. The simple truth is that we make our money winning all of them the first time, not having to come back and do the whole thing all over again – for free – as “warranty work.”

We then moved on and saw how the written law requires the hearing officers who decide these cases to NOT grant a license appeal unless the person proves 2 main things, by what is specified as clear and convincing evidence: First, that his or her alcohol problem is “under control,” meaning he or she hasn’t a drink for a legally sufficient period of time (our firm generally require a person to have been alcohol (and marijuana) free for at least 18 months before we’ll file a case), and second, that his or her alcohol problem is “likely to remain under control,” meaning that he or she has the ability and commitment to remain alcohol (and substance) free for life.

Because my team and I really do guarantee to win every driver’s license restoration and clearance appeal case we take, we essentially have to be experts at screening potential clients. After having literally won thousands of license restoration and clearance cases, we know exactly what to look for, and, when we see it, are perfectly comfortable taking on a case while simultaneously guaranteeing to win it.

No lawyer can do more, and we would never consider doing less.

Yet for as good as that sounds, it also makes me wonder, Why wouldn’t every lawyer guarantee success in a Michigan drivers’ license restoration or clearance appeal case, at least if he or she really understood the process, how to do things correctly, and was otherwise confident in his or her work?

For as important as that question is, it’s not always about the lawyer, though.

Sometimes, when we talk to people and explain the license appeal process requires proving that his or her alcohol problem is both under control and likely to remain under control, some will go off on an “But I’m not an alcoholic!” or “They want me to say I’m an alcoholic!” rap.

Don’t. Let me put the brakes on that right now and explain:

Under Michigan law, if a person is convicted of 2 DUI’s within 7 years, or 3 within 10 years, he or she will automatically and legally be categorized as a “habitual alcohol offender.” As a consequence of that, his or her driver’s license will be revoked.

More relevant to our discussion here is that another consequence of becoming a “habitual alcohol offender,” is that person is also presumed to have an alcohol problem. This too, is automatic.

As the Michigan Secretary of State sees it though the clear lens of the written law, anyone who has racked up multiple DUI’s has demonstrated themselves to be a risk to drive drunk. This is true no matter how little or how rarely a person drinks.

The fact that a person been caught driving drunk on multiple occasions legally requires his or her license to be revoked and also for him or her to be presumed enough of a risk to prevent the state from ever giving it back unless and until the he or she can prove that they’re done with alcohol for good.

This is essentially the foundation upon which anyone seeking to win back his or her driver’s license must build his or her case after having had it revoked for multiple DUI’s, and it’s the world where my team and I operate, as Michigan driver’s license restoration attorneys.

Fortunately, my skills go beyond just being a lawyer, and even just a “driver’s license restoration lawyer.”

Because alcohol, and specifically, the development, diagnosis, treatment of and recovery from alcohol problems is absolutely central and crucial to our work as both driver’s license restoration and DUI lawyers, I returned to the University classroom years ago and completed a formal, post-graduate program of addiction studies.

That level of clinical knowledge is incredibly helpful, and my team and I actually use it every single day to win our cases, particularly in the context of DUI cases and license appeals.

For example, and contrary to popular misconception, you do NOT have to be in AA to win a license restoration or clearance case. My team and I know and understand that there are countless ways people recover beyond just going to 12-step meetings, and this allows us to prove that a client is genuinely sober, no matter how he or she achieved and/or maintains their sobriety.

This is important enough to repeat: You don’t need AA to get or stay sober, and, contrary to a popular misconception, you don’t need to be in it to win a license appeal, either.

No matter what a person claims regarding his or her sobriety, though, at the end of the day, the Michigan Secretary of State knows that people who do not drink alcohol are zero risk to drive drunk.

It’s this specific group of people – those who have given up drinking and are committed to never drinking again – that the license appeal process is designed to screen out and put back on the road.

Unfortunately, from a business perspective, genuinely sober people only make up a small minority of those who want to get their licenses back.

For lawyers, there’s a lot more money to be made by taking every paying case, rather than just those for people who are otherwise truly qualified to win a license restoration or clearance appeal.

In the real world, just about everyone who has lost his or her license for multiple DUI’s will surface at some point, looking to get his or her license back, and explain how much he or she “needs” it. The stories can be compelling, but unless a person can prove his or her sobriety, none of those circumstances matter in terms of actually being able to win a license restoration case.

As one hearing officer says, “everybody needs a license.”

In fact, the only thing that does matter is what we noted at the end of part 1 – whether or not a person can prove that his or her alcohol problem is both “under control,” and that it is “likely to remain under control.”

In other words, can a it be proven that person really is sober, and a safe bet to remain that way?

There is, of course, a strong financial temptation for a lawyer to take a license appeal case for any person who is willing to pay.

While that temptation is understandable in one sense, I think it’s truly awful that a lawyer would listen sympathetically to a person describe how much they need a license, and how tough it’s been without one, and then take their money without having the integrity to explain that none of those things matter, and that the only way to win a license appeal is by first being – and then proving – sobriety.

There’s no other way to put this: Either such lawyers don’t know the law, and don’t know better, or else they just don’t care, and only want to get paid.

For any temptation that can come our way by people calling us, willing to pay our fee for a license appeal case, our guarantee stands as a complete antidote to taking any case that can’t be won.

If my team and I take a case, we had better be DAMN SURE that we can win it, or else we’re stuck with it.

As I said before, we make our money winning these cases the first time around, and nothing underscores the truth of that more than our guarantee. We have no interest in taking on some case that can’t win the first time, so that we have to do it all over again, a second time, without pay.

As much as I wonder why any lawyer who holds him or her self out to do license appeals wouldn’t offer a guarantee, I wonder even more why a person would take that risk and hand over their money to such an attorney.

If you’re looking for a lawyer to either win back your Michigan driver’s license, or clear a Michigan hold on your driving record so that you can get a license in another state, be a good consumer, do your homework, and read around. Read how other lawyers explain the license appeal process, and how they explain their various approaches to it.

When you’ve done enough of that, start checking around. You can learn a lot by talking to a live person.
Our firm can handle your case no matter where you live, so make sure to give us a call as part of your search.