As a Michigan driver’s license restoration and clearance lawyer, I provide more information about the license appeal process on this blog than can be found any and everywhere else combined. I’m proud of the more than 500 driver’s license restoration articles I have written and published on this blog. Within them, I cover every aspect of restoration and clearance cases, sometimes in downright granular detail. In this piece, I want to explain a bit about the letters of support, and why this subject comprises the leanest part of my written archives. 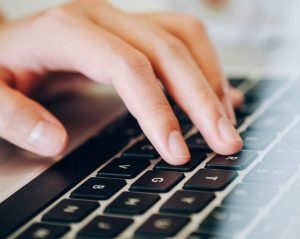 First, the letters of support are a critical, and, indeed, foundational part of every license appeal. Although there is a lot that goes into a driver’s license restoration and clearance case, the 2 “pillars” of each are the substance use evaluation and the letters of support. The simple truth is that the support letters can either make, or break, a case. Among other things, they must be signed, timely notarized, and provide certain and specific information about the subject’s abstinence and/or sobriety.

Second, the letters of support must be specific to each case. As I have often pointed out in other articles, each case is unique, and if there is one place where this really comes through, it’s in the letters. Many law firms, ours included, provide every client with some kind of example letter or letters, or at least a template for their letter writers to follow. The catch is that these things are merely guidelines, and should only be used to show the kind of information that should be included within the letters.

Third, and this is really important, almost without fail, most people will default to writing some kind of “good guy letter,” a term coined by a colleague of mine. A “good guy letter” is one that focuses on the goodness and kindness of the person about whom it’s written, rather than his or her sobriety. In a sense, this kind of thing essentially becomes more of a character letter, rather than anything else.

Contrary to how “nice” these letters might seem, they do nothing to help in a license appeal. Let me be very clear on this point: none of all the good stuff about a person matters ONE SINGLE BIT in a driver’s license restoration or clearance case. The main purpose of the letters is to verify details of the person’s sobriety. Anything less is not good enough, and anything more is really unnecessary.

We always go over this in detail when we meet with our clients, but we also expect and plan on having to edit out the “good guy” stuff before the letters are anywhere near ready enough to be filed. The rules under which the Michigan Secretary of State decides these cases do not take into account how nice a person may be, how hard it’s been for them without a license, or anything like that.

Instead, the rules focus on whether a person has given up drinking, and has the commitment and tools to remain alcohol-free for life.

Thus, a letter could describe the cheapest, laziest, meanest, and most selfish person in the world, but if it also appropriately substantiates relevant details of his or her sobriety, then it’s a winner.

If not, then it’s not worth the paper it’s written on.

Fourth, more than 99% of all letters we see need substantial editing before they’re anywhere near good enough to file. A good letter can generally be boiled down to less than a page. The simple truth is that if a letter is any longer than that, then it almost certainly contains unnecessary information. Sometimes, though, family members can’t help “gushing” a bit about their recovering loved one, and that’s fine, as long as their letters also sufficiently detail the person’s sobriety, as well.

And to be clear, editing of the support letters has nothing to do with grammar, or the skill of the letter writer. Basically, we red-pen the daylights out of every letter, whether it’s from someone who hasn’t written a paragraph since high school, or a highly educated professional who writes reports all day long.

It’s just a given that, however, that unless you handle license appeals for a living, you won’t know precisely what information the hearing officers are looking for, and how it is best presented. That’s why WE handle those details.

We’ve been asked to write the letters for people, either directly, or by being given letters so devoid of anything useful that editing them would amount to completely re-writing them.

We don’t do that, and no lawyer should do anything like it.

In the first place, it’s beyond unethical. Second, as driver’s license restoration lawyers, it would be impossible for us to NOT write a letter that didn’t cover all the bases perfectly.

Also when I noted, early on, that the letters of support are unique to each case, I wasn’t kidding. It is obviously genuine when, for example, an older parent does “gush” about how they’re glad their adult son or daughter turned things around, and you can practically feel the relief in a letter written by a spouse or someone who was at their wit’s end over their partner’s drinking.

Similarly, even letters written by friends, partners and co-workers who didn’t know the person back when they were drinking have certain telltale signs of genuineness. This is less a matter of what’s actually in them, and more about what would be missing from a letter that didn’t come from the heart of a person trying to explain what they’ve come to know about the past of someone they’ve only known as a non-drinker.

Thus, our job is to help all this along, and it is a big and time-consuming job. We don’t simply add a comma here and a period there. We make sure the message of the writer come through loud and clear, but we also make sure that they touch upon the required points about the person’s sobriety.

In the real world, we wind up removing far more material than we suggest to be written in to support letters. I have often struck out whole paragraphs, and sometimes multiple paragraphs. Beyond just getting rid of too much “good guy” prattle, the reader might be surprised at how far some writers can go off on unrelated tangents.

The Secretary of State requires a minimum of 3 support letters. We require at least 4 in our office, in case we miss something in one that renders it unsatisfactory. For as good as we are (good enough to guarantee our work), we also build-in redundancies to make sure that we have a safety net.

Nobody would get on a leaky cruise ship, or any vessel that wasn’t sea-worthy, but that’s still no reason to NOT have lifeboats, either.

The practical upshot of 3 to 6 letters is that in every case, a hearing officer is going to be doing a lot of reading. As a consequence, I’m confident they appreciate brevity more than most people, and I cannot imagine they want to open a file and find a stack of 3 and 4-page letters. Instead, I’m sure it’s far less daunting to find that each letter hits the relevant points in 3 or 4 paragraphs on a single page.

Even if a letter is long, and gushes, the really helpful parts – those sections that specifically talk about the relevant aspects of a person’s abstinence and sobriety – will only take up 2 or 3 paragraphs, at most.

This reality guides us as we edit our client’s letters, because we want to put the important information up front, early on, rather than bury the key points too far along into a long letter that goes on and on about all kinds of stuff that, however nice, is also irrelevant.

Of course, we’re always mindful of the letter writer’s intentions. As technically sound as it would be for us to strip down every letter to the bare, important facts, doing so would also strip away the human element, especially when a loved one cannot help but “gush” in praise of the person who has gotten sober, and we never do that.

There is another component to all of this: our “secret recipe.” I know that plenty of lawyers use my blog as a resource for information, especially when it comes to license appeals. In fact, my office gets plenty of calls from lawyers looking for a bit of help, or to clarify some point or other regarding driver’s license restoration issues, and I’m glad that I can be of assistance.

Still, we have a propriety interest in some of our techniques, much like what makes one brand of salsa different from another.

Although there is no grand single takeaway from all this, I hope I’ve made clear that the letters of support are a critical component of a license restoration case, and that they really are unique to each case, and the person filing the appeal. They must go beyond being mere “good guy” letters, and no matter how well intentioned or gifted the writer may be, 99% of them all need to be revised to meet the specific evidentiary requirements of the Secretary of State.

If you’re looking to hire a lawyer for a Michigan driver’s license restoration appeal, or, if you live out of state, to remove a Michigan “hold” on your driving record, we can help. We handle these cases no matter where in the state, the country, and even in the world you may live. My team and I guarantee to win every first time license restoration and clearance appeal case we take, so that removes any risk: if you hire us, you’ll only pay us once to get back on the road.

Be a good consumer and read around. Read how other lawyers explain the license appeal process, and how they do it. When you’ve done enough of that, start checking around. All of our consultations are free, confidential, and done over the phone, right when you call. My team and I are very friendly people who will be glad to answer your questions and explain things.