In our roles as Michigan driver’s license restoration lawyers, we handle over 200 license-related cases each year. Many of the people who ultimately become our clients do so after either having tried and lost a “do-it-yourself” driver’s license appeal, or after having hired some other lawyer and then lost. It seems strange to say this, but these people are the easiest clients for us, because they don’t need to be convinced into believing that the license appeal process is complex. Most just find this blog, read some articles, and then call us, wanting to know how soon we can get started. 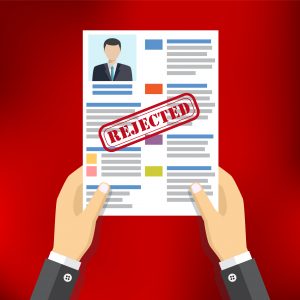 Some of those who contact us want to know if we can go to court and appeal to overturn their losing decision. It is understandably hard for people to accept losing, especially if they are genuinely sober. They’ll inevitably conclude that the hearing officer made a mistake, and that an appeal to court will give them a chance to correct it. We then have to explain that a license appeal is about proof, and that even if somebody has honestly given up drinking, the Michigan Secretary of State’s job is to evaluate the evidence presented, and determine if it it meets the “clear and convincing,” standard required by law to win.

In almost every case, an to appeal to circuit court after losing a license restoration case at the Secretary of State level is a losing proposition. The simple fact is that when some “do-it-yourselfer” or some other lawyer loses, my team and I are almost always not interested in challenging the hearing officer’s decision, because in almost every one of those cases, we see the errors the person or their lawyer made that led to the denial in the first place. Whatever else, we don’t make those kinds of mistakes, and that’s why we guarantee to win every driver’s license restoration and clearance case we take.

All self-praise aside, there is a very important reality here. Here is a real-life example from some years ago that illustrates my point:

I was in a local circuit court one day, and a case was called for some lawyer who had appealed a losing decision issued by the Michigan Secretary of State in a driver’s license restoration case. The Judge, who was meticulous in her ruling, explained why she had to deny his court appeal in a way that I never forgot.

First, she noted that the written rule regarding license appeals instructs the hearing officer to deny a license appeal unless the person proves his or her case, as noted above, by “clear and convincing evidence.”

The Judge then made clear that she believed that the client was, in fact, sober, and further stated that, if she been the hearing officer deciding the case, she would have granted a license.

As she clarified, though, that is not what an appeal to circuit court is all about.

The Judge went on to explain that a hearing officer is afforded broad discretion in deciding these cases, and that the only way for her (the Judge) to overturn the hearing officer’s decision on appeal is if it is NOT supported by “material and competent evidence”

In other words, the fact that the hearing officer reached a different conclusion than the Judge would have, had she been the one originally deciding the case, is not enough to reverse it.

Instead, a person appealing a losing decision to circuit court must show that the hearing officer’s decision is essentially without any evidentiary support. Remember, anyone filing a license appeal not only has to be sober, but must also prove it by “clear and convincing evidence.”

In other words, the evidence a person submits must prove that in a way that basically leaves no doubt that not only has he or she quit drinking, but also that he or she is a safe bet to never drink again.

In the real world, the hearing officers don’t screw this up very often, and certainly not in any way that Judges will second-guess them. To be sure, plenty of genuinely sober people wind up get denied by the Secretary of State, but that doesn’t, in any way, violate the law.

The law requires that a person not only be sober, but also that he or she proves it with evidence that is, as we’ve repeatedly noted, clear and convincing.  This means a person need to show something like he or she has established and is living a sober lifestyle.

Accordingly, it’s helpful to take a look at the law to see what it requires. Here is the relevant, opening part of the main rule (Rule 13) governing how license appeals are decided:

Boiled down, the 2 key things that must be proven in every license license appeal are:

1. That the person’s alcohol problem is “under control,” meaning that the person has been completely abstinent from alcohol for a legally sufficient period of time. This can vary from case to case, but generally speaking, our firm wants at least 18 months of clean time before moving forward, and

2. That the person’s alcohol problem is “likely to remain under control.” This requires showing that he or she has both the ability and commitment to remain alcohol free, or, as I put it above, that he or she is a safe bet to never drink again.

The fact that a person is genuinely sober is not enough, by itself, to win a license appeal case; he or she has to prove it, and do so by that “clear and convincing evidence” standard.

Having used that term multiple times now, a more down-to-earth way to understand it is to think of it as about the equivalent of hitting a home run in baseball, or landing a knockout punch in boxing.

Remember, the opening sentence of the rule instructs the hearing officer to NOT grant the appeal unless the person does, in fact, hit that home run or land that knockout punch in terms of evidence.

The upshot is that even a  “close call” is supposed to be decided against granting the person his or her license back.

So what does it really mean, then, to lose a license appeal?

For the most part, it means a person has to wait a full year to try again.

Not to put too fine a point on it, but the bottom line is that our practice in business to make money. We could easily have money rolling in if we took the case of everyone who contacts our office after losing on their own, or with some other lawyer, and now wants to go to circuit court.

If my team and I didn’t have such strong consciences, we could get paid for filing appeal after appeal by just nodding in agreement with every person who has lost while they complain about how unfair this is and go on about how much they need a license.

But we don’t. That’s morally wrong.

Being honest is expensive, and it costs us a lot of money in the cases we don’t take, but my team and I live by the rule that you should treat other people as you’d want to be treated.

I know that more than 9 out 10 people who lost a “do-it-yourself” license appeal, or who hired some lawyer who didn’t know better have NO CHANCE to win an appeal to circuit court, so I won’t waste my time looking for the rare exception to that, nor will I waste anyone’s money by chasing after it.

In general, if you lose a driver’s license restoration case before the Michigan Secretary of State’s Office of Hearings and Administrative Oversight (OHAO), you’re going to have to sit on the sidelines for a year, until you can try again.

Of course, it’s always worth examining your options to appeal, but be very careful not to make the mistake of throwing good money after bad, which is exactly the situation in all but the rarest of cases.

It’s important, though, to not lose sight of the fact that you not only have to be sober, your evidence must prove, by that clear and convincing standard, that you haven’t consumed any alcohol (or drugs) for a legally sufficient period of time, and that you have both the commitment and tools to never drink or get high again – ever.

One way to avoid this, of course, is to make sure you don’t lose in the first place, but 30 years of experience has taught me that lots of people will only start digging deeper into what it really takes to win a license appeal and find articles like this after they’ve already tried before and lost.

If the reader hasn’t already lost, then be sure to put some time in to the search for the best driver’s license restoration lawyer, and not just some lawyer who claims to “do” these cases.

If you are looking for a lawyer to win back your Michigan driver’s license, or to obtain the clearance of a Michigan hold on your driving record so that you can acquire a license in another state, be a good consumer, do your homework, and read around. This is all the more important if you’ve already tried and lost. Read around, and see how lawyers explain the license appeal process, and how they explain their approach to it.

When you’ve done enough of that, start checking around. My team and I can handle any Michigan restoration, clearance or ignition interlock violation case, no matter where in the state, the country, or even the world you may live.