To win a Michigan driver’s license restoration or clearance appeal, a person must be genuinely sober. In our roles as Michigan driver’s license restoration lawyers, we know that when it comes to the word “sober,” there are 3 kinds of people: Those who pretend to be sober (thinking they can win a license appeal this way), those who think they’re sober (but don’t understand what sobriety really means), and those who truly are sober. In this article, we’ll look at sobriety in the context of Michigan license appeal cases, because it’s only people in that last group who can win. 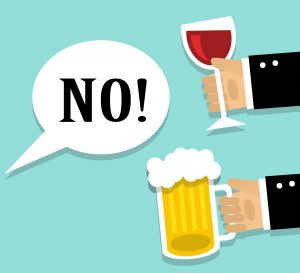 If one was to try and boil the driver’s license restoration process into a single (albeit long) sentence, it would be this: To win a license appeal, you must prove, by clear and convincing evidence, that you have been alcohol (and drug) free for a legally sufficient period of time, and that you have the ability and commitment to never drink or get high (this includes using recreational marijuana) for the rest of your life. There’s a whole lot packed into that statement, so we will break that all down and explain what it really means in plain English and simple terms.

Let’s start by noting that everything that matters about a driver’s license restoration or clearance appeal is either based upon or directly related to sobriety. Here’s a simple way to try and put this in perspective: Anyone who has lost his or her license as the result of multiple prior DUI convictions is seen as “risky” to get another one. The Secretary of State knows one thing for certain – People who don’t drink anymore are exactly zero risk to ever drive drunk again, and, therefore, those are the only people who it will even consider putting back on the road.

The reader needs to understand about license appeals: Under Michigan law, anyone who has been convicted of 2 DUI’s within 7 years, or 3 (or more) DUI’s within 10 years is classified as a “habitual alcohol offender.” This happens automatically, as do some other things – like the lifetime revocation of the person’s driver’s license, meaning that it is taken away for good, and can only be returned when and if he or she files and wins a driver’s license restoration or clearance case, once eligible.

If a person has racked up 2 DUI’s within 7 years, then he or she will be ineligible to file a license appeal for at least 1 year, but that time frame is really misleading. There is a lot to all of this, but the bottom line is that, as a general rule, anyone whose license gets revoked for a minimum of 1 year has NO real chance of getting it back for at least 3 years.

If a person has racked up 3 DUI’s within 10 years, then he or she will be ineligible to file a license appeal for at least 5 years. It’s worth noting that if someone with 3 DUI’s within 5 years has genuinely embraced a sober lifestyle, then he or she DOES have a decent chance of winning back the ability to drive as soon that 5 year minimum has elapsed, assuming he or she has been sober for a few years and his or her appeal is otherwise properly handled.

Another thing that happens automatically as the result of becoming a “habitual alcohol offender” is that a person is thereafter legally presumed to have an alcohol problem. To put it another way, anyone who has lost his or her license for multiple DUI’s is considered a risky drinker. The only way to change that perception is for any such person to demonstrate that he or she has become a committed non-drinker.

This is huge, and it is central to the whole driver’s license appeals process. We can see why by looking at the main rule (Rule 13) governing the Michigan driver’s license restoration process, which provides as follows:

Here’s what matters, and it’s not complicated: Because anyone convicted of multiple DUI’s is legally presumed to have an alcohol problem by virtue of the “habitual alcohol offender” law, that means we can translate subsection “I” to mean this:

i. That the petitioner’s alcohol or substance abuse problems are under control and likely to remain under control.

In other words, forget the “if any” language, because, as was pointed out earlier, anyone who has to file an appeal after having had his or her license revoked for multiple DUI’s is presumed to have some kind of drinking problem. There is no “if any” about it.

Remember, Rule 13 starts out by mandating that the hearing officer shall NOT grant a license unless the person proves his or her case by what it further defines and “clear and convincing evidence.”

The reader would be well advised to read the linked article for a simple explanation of what that means, but for our purposes here, “clear and convincing evidence” essentially means that to win a driver’s license appeal case, a person needs to essentially hit what amounts to a home run.

Legally speaking, that’s not quite the same as – but also not very different from – the “proof beyond a reasonable doubt” standard needed to convict someone of a criminal offense. In other words, it’s close enough for comparison’s sake.

This bears repeating: Every Michigan driver’s license restoration or clearance case starts with the hearing officer under instructions to DENY the appeal unless the person makes the required legal proofs by clear and convincing evidence. In more simple terms, here’s what a person has to prove:

1. That his or her alcohol problem is “under control.” In the context of a license appeal, “under control” means that a person has been completely abstinent from alcohol (and drugs – including recreational marijuana) for a legally sufficient period of time. What constitutes legally sufficient can vary from case to case, but generally speaking, our firm won’t even consider filing a case until a person has been clear for AT LEAST 18 months, and –

Instead of slicing hairs about any of this, the Secretary of State is just going to take the safe bet and screen as best as it can to ONLY give licenses back to those people who DON’T drink and who it is convinced are truly sober and who live an alcohol and drug-free lifestyle.

We’ll stop here and pick up again in part 2.