In the context of a Michigan driver’s license restoration or clearance appeal, the most important person, by far, is the hearing officer that will be presiding over your case.  In the prior article about the standard of proof in license reinstatement cases, we examined how the evidence must stack up, and the criteria the hearing officer uses to measure it.  Since it ultimately is the hearing officer that will decide whether your evidence is “clear and convincing” (or not), it helps to more fully understand his or her function in the whole license appeal process.  In this short article, we’ll return to a subject we have not visited for a while – the role of the hearing officer in license restoration and clearance appeal cases.  Although this article stands on its own, I suggest first reading the prior article about the standard of proof, as this and the next article are intended as a kind of loose series. 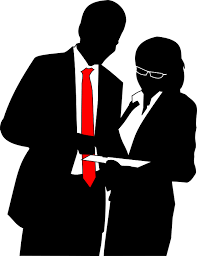 Many people who hire me to win their license back have tried to appeal before and lost, either on their own, or with some lawyer who probably said that he or she “does” driver’s license restoration cases.  It is normal for someone who has lost to be upset at the hearing officer who denied the appeal, especially if the person is genuinely sober.  This is where you need to understand the hearing officer’s role as directed by his or her employer, the Michigan Secretary of State Administrative Hearing Section.  Granting or denying an appeal isn’t so much about believing that someone is or isn’t sober, but rather determining if the person has submitted proof that meets the clear and convincing evidence standard.  Here, just like in the previous article, we need to understand the directive of the main rule governing license restoration and clearance cases, because it begins with the following mandate, “The hearing officer shall not order that a license be issued to the petitioner unless the petitioner proves, by clear and convincing evidence, all of the following…”  The key here is the “shall not” language, because it is a negative instruction to the hearing officer.  The rule does not say, for example, that the hearing officer “can” or “may,” grant the appeal, but rather that he or she “shall not” approve it unless the person trying to win back his or her license proves certain things by what is defined as “clear and convincing evidence.”

It may seem like we’re repeating things from the previous article, but it is critically important to understand the wording of the rule, because it requires the hearing officer to to deny an appeal absent “clear and convincing evidence.”  The hearing officer isn’t supposed to vacillate between “yes or no,” but rather just think “no” until your evidence makes him or her conclude “yes.”  And as one-sided as this may sound, the hearing officer is the state’s protection against putting someone who is a risk to ever drink again back behind the wheel.  Never lose sight of the fact that the state would rather incorrectly deny 1000 people who are really sober (but came up short in proving that) than it would ever want to put just one risky drinker back on the road.  The 2 key things that must be proven in a license appeal are that the person’s alcohol problem is “under control,” meaning a person can at least reasonably approximate the point at which he or she stopped drinking, and that the person’s alcohol problem is “likely to remain under control,” meaning that the person is a safe bet to never drink again.  In other words, winning a license appeal is about demonstrating that you quit drinking and have the tools and commitment to never drink again, and it is the hearing officer’s job to approve only people who prove that by clear and convincing evidence.  So who are these people…

AHS hearing officer have an important job, and I would argue that the decisions made by the hearing officers are amongst the most important made by anyone in any judicial capacity.  Every day, most of the day, the hearing officers decide who, amongst those people who have lost their licenses for multiple DUI’s, is safe enough to let drive again on the public roads.  And remember, under the rules, the hearing officer can only give a license back to someone who proves (remember, by “clear and convincing evidence”) that he or she has not had a drink for at least a year (the hearing officer are allowed to, and usually do, require more than that, except for Sobriety Court graduates), and is not likely to ever drink again.  This, of course, means anyone who comes forward and tries to argue that he or she can have the occasional glass of wine with dinner or anything like that automatically loses.  Yet for as hard as they try to make sure that no drinkers or scammers ever sneak by, and for all the genuinely sober people who try a license appeal and lose because they fall short on proving their sobriety, there is still a regrettable number of people who do manage to win back their license, only to lose it all over again for another DUI.  This is the state’s worse nightmare and makes the hearing officers wonder what they missed.  It certainly doesn’t make things easier for the next person.

In a certain sense, you can see this a something of a matter of strategy.  The object is to prove your sobriety by clear and convincing evidence.  The hearing officer is the one who has to evaluate your evidence and agree that it is clear and convincing.  Think of it this way; have you ever known, and I mean really known, that somebody took, or maybe damaged something of yours, but couldn’t prove it?  That lack of clear proof likely prevented you from confronting or reporting them, even though you knew the truth in your heart of hearts.  The rules in license appeal cases require the same thing of the hearing officers. In other words, if the evidence in any given case comes up a bit short, but the hearing officer otherwise just “knows” the person is sober, the rules don’t allow him or her to grant the appeal anyway.  Quite the opposite; the hearing officer is required to deny the appeal unless he or she can find, as a matter of record, that the evidence that the person’s alcohol problem is “under control” (i.e., has a fixed sobriety date) and “is likely to remain under control” (i.e., is a safe bet to never drink again) is clear and convincing.

It can sometimes help to think of the hearing officers as the Secretary of State’s designates to  protect the public roads from risky drivers.  It is in them that the state places the trust to determine who can be allowed to drive again.  This is particularly significant when that “who” is drawn from a pool of people who have had their licenses revoked for repeat drunk driving offenses.  To many people (think of parents worried about the safety of their children while on the road), it can can seem logical (and certainly safer) to never allow such people to drive again.  The last thing any hearing officer wants to do is miss something and reinstate the license  of a person who goes out, gets drunk, and then injures or kills someone.  Again, the underling idea here is that it is better to deny a genuinely sober person’s appeal, and even deny it more than once if his or her evidence doesn’t measure up, than it would ever be to put someone back in the driver’s seat who is any risk to ever drink again.  It is imperative to remember that the hearing officers, under the rules, can only give a license back (or grant a clearance to) someone who does not drink and is likely to never drink again.

It is beyond any question that the folks who are the absolute least likely to ever drink and drive again are people who don’t drink at all.  That’s the line in the sand.  If you drink, ever, or even think you can drink again, ever, the rules prevent you from winning a license appeal.  The hearing officers are tasked with examining the evidence and even the person submitting the evidence to see who makes that cut.  Proof that you don’t drink anymore and are have the commitment and tools to never drink again must seem clear and convincing to the hearing officer deciding your case.

As with everything, there are nuances and subtleties we’ve not addressed here for the sake of brevity.  The good news is that I know all those things well enough to be able to guarantee to win every license appeal case I take.  To do that, I first require a genuinely sober client.  If you need to get back on the road and have honestly quit drinking, I can help.  You should do your homework.  Read articles like this, and read websites.  Look for real information, and then call around.  We’re here to help, and do all of the consultation stuff over the phone, right when you call.  You can reach my office Monday through Friday, from 8:30 a.m. until 5:00 p.m. (EST), at 586-465-1980.