In my role as a Michigan driver’s license restoration lawyer, I am often hired after someone has previously tried to do a license appeal without a lawyer (or with some lawyer who claims to “do” these cases as part of a larger practice) and then lost. In this article, I want to revisit and reiterate why it’s better to let a professional handle these things, not because I’m greedy, or want to use scare tactics to discourage someone from trying; in fact, on both this blog and on my website, I have always said “go for it.” I really do have enough business to stay busy with people who just want to do it right the first time as well as others who have already tried and lost. My goal here is to try and help the person understand that it is worth hiring a driver’s license restoration lawyer, like me, for a license reinstatement case primarily in order to NOT lose, and NOT have to wait an entire additional year before he or she can file again. 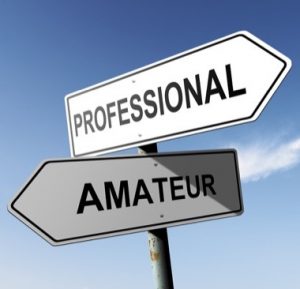 I remember, as I was growing up, that my dad was never much of a do-it-yourself kind of guy.  Working as a mailman, it’s not like we had lots of extra money to throw around, but my dad knew enough to let the experts handle the things that made them experts in the first place. Later on, as an adult, when someone would tell me that they had just fixed or installed something themselves that I had hired out, I would often pause and wonder if I should have saved the money and tried it myself. One thing I couldn’t overlook, though, were results.  Sorry folks, but most do-it-yourself work looks or ends up like do-it-yourself work. As I grew older, I began to pick up on little things, like when some technician working at my house would explain something to me along the lines of, “even though the directions say you should connect a 225 to the widget here, I always use a 226 because the 225’s clog up after a few years, and the 226’s never do.” In other words, there are all kinds of little tricks and secrets that people who do something day-in and day-out know that the one-time, do-it-yourselfer will never learn.  This really applies in the world of license restoration and clearance appeals.

This doesn’t matter so much if you can’t hook up the surround-sound system in your home, because you can call the expert in later to get it right without having done much, if any damage. But if you remodel your own kitchen, you’re going to have to live with those results. If you do your own license appeal and lose, your not only going to be bumming rides for another year, but now you need to make sure the lawyer you hire next time can fix or get around the things you screwed up that caused your case to lose in the first place. For the most part, the things that people do screw up aren’t usually difficult for me to fix, but we should be very clear that you lose a do-it-yourself appeal precisely because you did screw something up. There’s really no nice way to put this without missing that key point. The big problem with anyone trying to do anything on his or her own is that you don’t know what you don’t know. Worse yet, very few lawyers really grasp the intricacies of the license restoration process, so no matter how you cut it, there is a strong element of luck involved in trying to do it yourself. Yet for all of that, if you’re inclined to give it a try, then go for it, as long as the cost of losing (not driving for at least another year) is something you can handle.

I don’t come at this from some indecisive I can “improve your chances” position. Instead, when I take a license case it comes with a guarantee that I’m going to win it. If all you want to do is improve your chances, you can hire some lawyer who handles maybe 1 or 2 license restoration cases per month (or less). By contrast, I handle more than 200 license restoration cases per year, so I if I am your lawyer, my services come with a guarantee to get you back on the road. The only “catch” is that a person must have honestly quit drinking before I’ll take his or her case. Given that the whole focus of the license appeal process is to make sure that a person is sober and will remain alcoholic-free for good (anyone thinking about handling his or her own case better understand exactly what that means), sobriety is a first (and non-negotiable) requirement.

It’s at this point that I could jump right into the kind of fear-based marketing I hate, and ask all kinds of questions, knowing the reader wouldn’t be able to answer them, as some kind of proof that it’s a fool’s errand to do this on your own. Given how much I write, I could probably do a good job at it, too, but that’s simply not me. Instead, I’ll repeat that the biggest risk of a do-it-yourself license appeal is that you lose and cannot drive for at least another year. In many of my previous license restoration articles I have pointed out that it really is far easier for me to be here when someone who has tried to do their own case and lost calls me the next year, rather than spend the time trying to convince them to hire me the first time. This is why I really mean it when I say that if you think you want to give it a shot, then do it!

There is a great old saying that “a little knowledge is a dangerous thing,” and it really applies here. Many people get caught up in thinking this will somehow be easy because they feel strongly motivated by their sheer need for a license, and, bolstered by the fact that they haven’t been in trouble for a long time, figure they’ve got a plan. Neither of those things matter – at all. The Michigan Secretary of State, for its part, creates plenty of extra work for itself (having to do the same cases multiple times) by providing just enough information for someone to mistakenly think they’ve got this all figured out, only to then turn most people down. Often enough, this leads to people getting bitter and cynical about the whole process, especially when someone who IS genuinely sober tries and gets denied.

When I meet with a new client who has tried and lost before at our first, 3-hour meeting, one of the first things I do is read his or her order of denial and then explain why the case was decided against him or her. Most people find this very enlightening, and reassuring, too, because now they can see how what they didn’t know caused them to lose and they they really didn’t know exactly how to do things much differently this time, other than to just “try again.”

It’s not just that I’m a lawyer; it’s that I’m a driver’s license restoration lawyer. I wouldn’t have a practice if all I did was provide a service doing for clients what they could otherwise do for themselves. Moreover, there are VERY few lawyers like me, who concentrate in this field. Over the years, I have fixed cases lost by almost every big name criminal-type lawyer out there. Winning trials is all well and fine, but the best trial lawyer out there isn’t much more help than your dentist when it comes to license restoration and clearance cases. In the same way, as good as I am in this field, I would (and should) be about the last choice for anyone facing a murder charge. Because I spend all day, every day, dealing with license appeal cases, I not only have enough experience and knowledge to be confident that I can win, but enough confidence to guarantee it.

Ultimately, that’s a big part of your decision; do you want to try and save some money, and probably lose, or, if you’re sober, do you want this done right and not just get better chances of winning, but a guarantee that you will? I understand that fees can be an issue (remember, my dad was a mailman), but when you add up the expense of not being able to drive, including lost opportunities for work and pleasure, it seem like a no-brainer.

If you’ve honestly quit drinking and want to win your license back, I can do that. No matter where in the world you live, I can get you back on the road. Whether you’ve tried before and lost, or just want the assurance of winning the first time around, we’re here to help. All of my consultations are confidential and done over the phone, right when you call. You can reach my office Monday through Friday, from 8:30 a.m. until 5:00 p.m. (EST) at 586-465-1980.