One of the biggest misconceptions I encounter in my practice as a Michigan driver’s license restoration lawyer is the idea that you have to be in AA to win your license back. You don’t. The idea that you need to go to AA meetings is completely untrue. I handle about 200 license appeals each year with a guarantee to win every one I file, and about 80% of my clients are NOT active in AA. In other words, only about 1 out of every 5 of the license restoration or clearance cases I win is for a client who is active in AA. This isn’t to say that having gone to AA isn’t helpful to a license restoration or clearance case, even if you only attended it briefly and/or in the distant past, but in no way is it a requirement for success. Some of my other articles on this subject get rather deep into this, but here, I want to keep things short, with the goal of just making clear that you do not have to go to AA to win your case, or even to have any better chance of winning it, either. 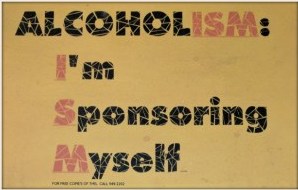 Many years ago, the Michigan Secretary of State seemed to pretty much “require” AA before it would give back a license, but much has changed since then. And for anyone who, in the last several years, has previously lost a license appeal wherein it was noted in the denial that you were not in AA or some kind of structured community support group, that happened because your case was mishandled and AA was either made relevant to it, or not otherwise properly addressed so that it was not. These things don’t happen to my cases. If you’ve maintained your sobriety without AA, then your case should be presented in a way where that’s good enough. In hindsight, you can probably now see that this did not happen if your appeal was denied and any your lack of involvement in AA was mentioned in the decision.

A little history lesson will be helpful here. Up until about 25 or so years ago, AA was pretty much the only game in town in terms of recovery, and certainly the biggest player. Prior to AA, there was really no established way to help someone struggling with his or her drinking, beyond shaming the person and otherwise screaming at him or her to stop, for the sake of self and/or family. You can imagine some poor problem drinker being told how bad a person he or she was, handed a bible, and instructed to pray for help. This was called the “moral model,” and, as the reader can probably imagine, it wasn’t very successful. Then, AA came along in 1935 and characterized alcoholism as a disease instead of a moral failure, while it also provided a 12-step solution for sobriety. It was ground-breaking. And while there is no doubt that AA is a wonderful program that can transform a person entirely, and has done so for tens of thousands of people, its most obvious and sought-after benefit is that it helps people stop drinking.

At the end of the day, people don’t go to AA to lose weight or practice yoga, they go to stop drinking. And the measure of AA’s success in any given case is whether or not a person did, in fact, stop drinking.

If there is any real “key” to AA, it lies in its first step, which provides that “We admitted we were powerless over alcohol and that our lives had become unmanageable.” What that essentially means, in application, is that some people simply cannot handle alcohol anymore, and the only way for them to “control” it is to not drink at all. This part of the program is wonderful, but, for most people, the other 11 steps are often about 11 too many. One could literally write a series of books about all this, but the simplified version is that the first step is the only step that even mentions alcohol, and the rest revolve around a whole set of ideas relating to a higher power, self-inventory and a lot of zen-like meditation, reflection and apologizing. Like Yoga, it’s all great stuff, but frankly not a good fit for most people. Let’s face it, we could all do with some self-improvement, but it’s a huge enough accomplishment once someone with a drinking problem is able to quit, and stay quit, and for most people, that’s good enough.

That lesson of the first step, though, that the only way to bring one’s alcohol problem under control is to stop drinking completely, is a universal truth that eludes most people who struggle with their relationship to alcohol. You will never meet a social drinker who “used to be” an alcoholic, just like you will never meet a recreational heroin user. For all the academic and clinical analysis you could find about this, the bottom line is that once you even have to start thinking about controlling your drinking, you already have a problem. Normal drinkers are normal drinkers because they can drink normally without having to think about it, or otherwise plan it out. If I was to go to a casino, and even if I had $10,000 on me, I’d never lose anything like hundreds of dollars because I’m not a gambler. Therefore, if I somehow got roped into going to a casino for a night, I’d probably be ready to stop and go home in just minutes, after losing about $20 or so in the slot machines. Yet there are people who will talk about their “night out” at the casino. I’ve actually said things to them like, “Yeah, well, that’s not my cup of tea. I wouldn’t want to lose all my money,” only to hear a reply to the effect that the person has a “strategy” for that, and only takes as much money as he or she can afford to lose. What does that tell you? Maybe the strategy works, at least for a while, but having to think that way at all is a huge red flag that the person should probably not be going to a casino in the first place.

Back in the world of license appeals, it is true that there was a time when you pretty much had to be in AA to win your license back from the Secretary of State, because, at the time, such beliefs were the state of the art in terms of what was known about recovery. Now, the term “recovery” includes a whole range of recovery processes. There was also a time when cameras required film, TV sets had picture tubes, and all telephones were landlines. Things change and evolve, as has out understanding of recovery and the various processes people use to get and stay sober.

In the clinical world, continuing research demonstrated that if a person could essentially integrate the lesson of the first step into his or her thinking, then he or she could stay sober without AA. To put this another way, a person simply had to accept that any drinking whatsoever would reopen Pandora’s box. The choice was either complete and total abstinence, or not. Counselors can help people with this. These are deep waters, so we’ll skip any kind of in-depth examination here, but to be sure, plenty of people “know” they can’t drink normally, but still try to do so anyway. What we’re talking about here is that a person must come to truly accept the idea that he or she can’t ever pick up again. Once a person internalizes this notion as a living reality, then he or she can be said to really “get” it. And we now understand that people come to this realization from many different paths, and use many different strategies to reinforce it. Fortunately, the state has come to learn this, as well.

Some people manage to stay sober by getting busy with their work, family, or school. Some people take up hobbies, or at least begin doing things they didn’t do, back when they were drinking. For a few, this can involve huge life changes, like working out regularly or taking up a sport, For others, though, simply ditching the drinking and the drinking friends and reclaiming the time that used to wasted doing nothing but BS-ing doesn’t mean taking up something like mountain climbing or anything grand, but instead just not drinking anymore, and doing normal things,, like hanging out with the family. For every one client of mine that has gotten into fitness or some other pursuit since getting sober, ten of them just like to relax, and watch TV, or play video games, or surf the internet. The key is that whatever they do now, alcohol isn’t a part of it, and it fills the time previously spent drinking.

As it turns out, the majority of my clients have gone to AA in the past, even if only at least once or twice, to check it out. Some people wind up going for a few months, or even a year or two, either by court order or because they’re sent by a counselor. The majority of these people will report that they learned some useful things at the meetings, and got some benefit from hearing the stories of other people. The truth of the matter, however, is that no matter how you cut it, AA just isn’t the right fit for most people and the good news is that the Secretary of State’s Administrative Hearing Section (AHS), the body that decides these cases, generally understands that. However, and as I noted above, in some cases where people wind up getting losing their appeal it is pointed out that their non-attendance at AA is one of the reasons for the denial. That’s almost always because they either submitted an evaluation that recommended support group attendance, or they otherwise weren’t prepared to answer questions about AA by their lawyer, or, worse yet, they tried to save money on a “do-it-yourself” appeal, in which case it either or both of these reasons could be part of the mess.

Who should go to AA? People who like AA. In other words, if AA has been and still is part of your recovery program, then it’s not a good idea to stop going right before you show up for a license appeal hearing. However, if you’ve never been to AA, or stopped going a long time ago, then it’s clear that that you don’t rely upon it for your continued sobriety. Any question, then, like “should I start going back to AA?” is disingenuous. In other words, why would you pretend that you go to the meetings for support, when the only reason you thought of going was just to look good for your case? What wins license appeal cases is the truth, and if the truth is that you manage your sobriety without AA, that’s just fine.

Whether or not you are in AA, or have ever gone or not, as long as you are sober, I can win your license back, guaranteed. Be a good consumer and read what you can. Check around. For my part, I have over 400 driver’s license restoration articles on this blog (more information that everywhere else on the internet combines), and an entire section dedicated to license reinstatement appeals on my website. When you’re ready to move forward, know that all of my consultations are done over the phone, right when you call, so I couldn’t make it more convenient. You can reach my office Monday through Friday, from 8:30 a.m. until 5:00 p.m. (EST), at 586-465-1980. We’re here to help.