To win a Michigan driver’s license restoration or clearance appeal, you have to prove 2 specific things: First, that your alcohol problem is “under control,” meaning that you can fix a sobriety date, and second, that your alcohol problem is “likely to remain under control,” meaning that you are a safe bet to never drink again.  In this article I want to shift the focus from the specific things you have to prove  to how you prove them.  This is called the standard of proof.  Most readers will recognize that, in a criminal case, for example, the standard of proof required to convict someone of a crime is proof “beyond a reasonable doubt.”  To win a license appeal pending before the Michigan Secretary of State’s Administrative Hearing Section (AHS), the body that decides whether you get your license back or not, you must prove your case by what is called “clear and convincing evidence.”  If you read 12 articles about the meaning of “clear and convincing evidence,” you’ll probably get 13 different opinions.  Fortunately, in the context of a license restoration or clearance case, the meaning is pretty straightforward, so this, fortunately, won’t be a long article. 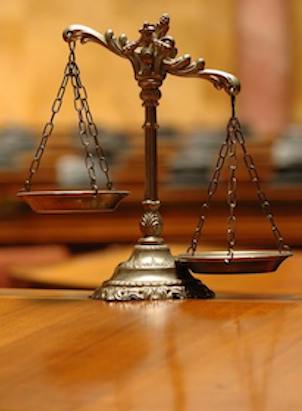 Before we analyze the “clear and convincing evidence” standard of proof, it will be helpful to understand how it’s applied by the AHS hearing officers.  This is not putting the cart before the horse; if one was to examine the rubber composition of car tires, for example, it would be most helpful to understand how they are to be used, because snow tires built to last for several years have a very different application than race car tires designed to last a mere 50 to 100 laps around a track.  In the context of a driver’s license restoration or clearance appeal, everything is decided under the standard of Rule 13.  We’ll skip all the legal mumbo-jumbo here and go right to the relevant part of what the rule says, and then see what that means in the real world.  Rule 13 begins this way: “The hearing officer shall not order that a license be issued to the petitioner unless the petitioner proves, by clear and convincing evidence, all of the following…”  What is significant is that the rule, which really is an instruction to the hearing officer, begins with a NEGATIVE mandate; it tells the hearing officer that he or she “shall not order that a license be issued unless the petitioner (the person trying to win his or her license back) proves (the things required to be proven) by clear and convincing evidence…”

The set-up here is that if you present a case with 99 good reasons why you should win, but there is also 1 good reason why you should not, then you’ll lose.  The hearing officer is essentially being told to look for a reason or reasons to NOT grant the appeal.  Imagine the hearing officer being put in charge of inspecting a submarine to make sure it was okay to go underwater.  Would a report of it’s safety seem “clear and convincing” to you if it came back and said that it was 99% waterproof, except that rivet #299 was missing?  Hell no.  You’d wonder how soon until the passengers drown.  In that same way, the idea of “clear and convincing evidence” in a license appeal means that after the case is presented, the hearing officer should be left with no unanswered question.  “Clear,” in this sense, simply means clear, as in no need for further clarification or explanation.   The real takeaway from that rule is that the hearing officer is directed to make sure the case, as presented, is air-tight.

This is a LOT different than what most lawyers are used to doing.  I see this all the time, and have fixed up and won many “next time” license restoration cases after many a well-known criminal or DUI lawyer has tried before, only to lose.  Because I also handle a lot of DUI cases, I effectively have a foot in both worlds – the world of courtrooms and the world of administrative license appeals.  In court, there is almost always at least a little bit of “loosey-goosey,” who you know stuff going on.  In fact, that is precisely why I confine my DUI practice to the Detroit area.  I see the same prosecutors and Judges every week.  I bank on dealing with people I know well.  Plea bargains are struck in the conference rooms after off the record discussions and negotiations.  In the world of license appeals, everything is done out in the open and on the record.  There are NO negotiations.  The rules are the rules, and the must be applied equally, in all cases.  It doesn’t matter who you know, or how long you’ve known them.  I know the hearing officers as well as anyone, and get along very well with all of them, but when a case is being decided, none of that matters.  There is no “let it slide” kind of stuff because of who you know.  In that sense, it’s like the hearing officer takes out a scale and weighs something; either it weighs enough, or not, and in a license appeal case, your evidence has to be heavy enough to tip the scales far enough to reach “clear and convincing” mark.
I think that the idea of leaving the hearing officer with no unanswered questions is a pretty good yardstick to describe “clear and convincing.”  I often tell my clients that it is exactly NOT clear and convincing if the hearing officer is mulling over a case and thinks, “yeah, everything appeared to be in order, but that one letter of support, well, it seemed okay, but the way it was worded – it could also go the other way because the person wasn’t specific about the last time he saw the petitioned drink alcohol, except that he did say that he knows the petitioner no longer drinks anymore; I don’t know…”  Clear and convincing means, first and foremost, “clear.”  It means that the hearing officer doesn’t have to figure anything out because it doesn’t need figuring out.  If there’s any “figuring” that needs to be done, then the evidence wasn’t clear, or at least not clear enough, and you lose.  As a side note, this helps explain why 3 out of 4 administrative reviews ( out of state appeals by mail) lose, because without holding a hearing, there is no way for a person to answer any of the inevitable questions that will arise.

Another way to think about this is in terms of filing a tax return.  Assume you fill out your tax forms and provide all the information, but on one line, even though you’ve separately listed income from several sources, you forget to add it all together.  If you file such a return, it will be rejected.  The IRS does not do your math – you have to file a return that is clear, meaning complete.  In the same way, the AHS hearing officer does not try and figure your case out.  Instead, it is your job to present the evidence in a way that doesn’t need any figuring out.  If there are any issues left anything less that perfectly clear (or math to be done, so to speak), then you lose

Clear, then, means just that: clear. It means no unanswered questions, or even the possibility of another interpretation of the evidence.  The “clear” part (which we have essentially defined as meaning no unanswered questions) of “clear and convincing” is the most important part of that legal standard, but it is not quite everything.  We still have to deal with “convincing,” as well.  Evidence can be crystal clear, but not very convincing.  If I submit a letter of support wherein the letter writer claims that “I have never seen Lisa consume alcohol,” it couldn’t be clearer.  But convincing?  What if Lisa claims to have not had a drink since 2012, but the letter writer doesn’t specify how long she’s known Lisa, or how often she sees her?  How convincing is that?  On the one hand, the letter writer could be another mom at school who just met Lisa a year ago, and maybe only sees her in the hallway at pickup when their kids come out.  That’s a lot different than a letter from Lisa’s best friend, with whom she spends a lot of time, has known for 36 years, and who says something like, “Since I drove her to rehab in 2012, I have not seen Lisa consume any alcohol.”

I promised this would be a short article.  While you need to know that your evidence must meet the “clear and convincing” standard, it is really up to me, as the lawyer, to make sure it does.  For all the ways I go about doing that, the best reassurance I can provide comes in the form of my guarantee.  When I take a license restoration or clearance case, I guarantee to win it.  Winning doesn’t happen by accident.  It begins with someone who has honestly quit drinking, and then requires a  first, 3-hour (at least) meeting in my office, before a person has his or her substance abuse evaluation completed.  It includes me carefully reading and editing every single draft letter of support before we ever even think about having any of them notarized.  It requires a separate “prep session” before the hearing so that my client knows exactly what to expect, and why.  The facts of each case are unique, as is the recovery story of the person pursuing it.  Those facts and that story are essential to preparing for the hearing.  And for all of that, it must come together to present a picture that is clear and convincing in a way that leaves the hearing officer with no unanswered questions or lingering doubts.

If you need to win back your license or obtain the clearance of a Michigan “hold” on your driving record and you are genuinely sober, I can get you back on the road.  Beyond reading my various license restoration and out-of-state clearance articles, check out my website and feel free to call my office.  We do all of the consultation stuff over the phone, right when you call.  We’re here to help, and can be reached Monday through Friday, from 8:30 a.m. until 5:00 p.m., at 586-465-1980.