In my practice as a Michigan driver’s license restoration lawyer, I conduct a lot of appeal hearings, and every last one of them is done live and in-person, in the same room with a Michigan Secretary of State Administrative Hearing Section (AHS) hearing officer. In this short article, I want to address why I never have and never will allow any of my hearings to be done by video. It should note, right out of the gate, that there is a video location less than 5 minutes from my office, while, by contrast, the Detroit-area hearing office, located in Livonia, where all my hearings take place, is about 45 minutes from my office. In terms of convenience to me, there is absolutely no comparison, but all the same, I wouldn’t consider giving up a live hearing for that crappy, boomy-sounding video feed no matter how much time and effort it would save. Above and beyond all of that, I guarantee to win every case I take, so I am completely invested in doing things the right way, not the easy way. 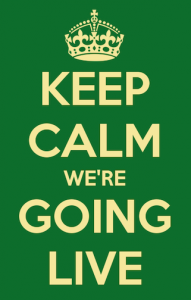 The biggest reason I won’t do video hearings is that I truly believe something special gets lost in the transmission that otherwise is obvious when you’re right there, in person. I think some of this has to do with the fact that I only take cases for people who are genuinely sober, and who, oftentimes, are enthusiastic about their sobriety. Some people, of course, are more low key than others, and don’t bubble over with excitement about no longer drinking, but even the shyest person just exudes that “something” that only happens when a person has really gone through the transition from drinker to non-drinker. This “something special” includes everything from a person’s body language to all kinds of small, subtle cues you can only see when you’re sitting across from them. These are precisely the things that aren’t clear or obvious when your image is displayed on a 20-inch screen and that’s being picked up from a camera on the other side the room. Imagine a bad webcam, or bad Skype, with bad sound, to boot; that’s a video hearing.  Who, if they know better, would seriously trust their license appeal to that?

I can’t tell you how many times people will cry, or have tears well up in their eyes, when they are testifying. This happens all the time, and it happens every bit as much to big, strong guys as it does to anyone else. Not everyone bursts out sobbing, but the sound of a voice getting choked up as they’re telling their story, or the moistening of a person’s eyes are the kind of subtle signals that are plainly obvious when you’re right there, but simply don’t broadcast very well, if at all, over video. Of course, lots of people are understandably nervous or shy about testifying, yet even what the most nervous person doesn’t have in “professional witness skills” will be made up for in confirming body language. The hearing officers spend a lot of time being lied to, so they are about as experienced at reading people as anyone you could ever meet. All of that is lost on video – every last bit of it.

I have done exactly one video hearing in my career. Some years ago, due to a scheduling screw up (on the state’s part, not mine), I wound up sort of handling an ignition interlock violation appeal hearing by video. I say “sort of,” because I went to Livonia for the hearing, but my client was directed to a video location way up north. Even though it was just an interlock violation, and a rather straightforward one at that (I won it on the spot), I knew, within a minute of the thing starting, that I had been right to never do video hearings all along, and vowed never to do another, no matter what.

Although I don’t want to beat a dead horse, I have to reiterate that it would be a HELL of a lot easier for me to drive less than 5 minutes from my office and conduct a hearing by video than it is for me to drive to Livonia, at least another 40 minutes away, to do it live. Heck, I lease my car, and I actually have to pay for the extra mileage I rack up, but to me, that’s just part of the cost of doing business. Considering the extra effort I put in, and in light of the fact that I guarantee to win every case I take, I must be on to something. Either that, or I’m a dumb glutton for punishment who still gets lucky and wins all the time, and even if that was all I had going for me, it would still be worth having me handle your case.

Video is a great substitute when we can’t see someone in person. However, I don’t think there will come a time when we have video Thanksgiving dinners. Some things are just better in person, and a license appeal is definitely one of them. The only plus side is convenience, and that’s outweighed many times over by all the things that don’t make it through to the screen at the unknown end of the video feed. That’s really all I can say without repeating myself yet again. I know the winning formula for license appeals, and it begins with a genuinely sober client and ends with a live, in-person hearing. When I have those things, I’ll win your license back, guaranteed. Meanwhile, I’ll take care of all the stuff in the middle, to make sure you get back on the road the first time.

As the old saying goes, anything worth doing is worth doing right, and there are no shortcuts to quality. When it comes to winning (or losing) something as critically important to your life as a license appeal hearing, convenience should not be your primary consideration. In that regard, and to put it bluntly, video hearings suck; so does not having a license. The way I do license appeals, however, does not suck, nor does being able to drive again Whatever else, don’t jump into a license appeal that is, by definition, a bucket of suck. Skip the video hearing, no matter how convenient it may seem.

All fun aside, if you are looking for a lawyer to win your driver’s license restoration or clearance case, I can do that, as long as you have honestly quit drinking. All of my consultations are done over the phone, right when you call, and you can reach my office Monday through Friday, from 8:30 a.m. until 5:00 p.m. (EST) at 586-465-1980. We’re here to help.