As a Michigan driver’s license restoration lawyer, I receive tons of emails from people who want to win back their driver’s license, or who need a clearance of Michigan’s hold on their driving record so they can get (or renew) a license out of state.  Many of these email messages are long, and recount the history of a person’s DUI convictions, and/or go on to explain how much they need a driver’s license.  As I read them, my eyes are searching for one thing – mention of sobriety.  All to often, people who send me a long story without any mention of quitting drinking or sobriety don’t pan out to be good candidates to win a license restoration or clearance appeal case.  The point I really want to make in this short and simple article is that sobriety is the absolute first and most important thing –  the real “meat and potatoes” – of a Michigan driver’s license restoration or out-of-state clearance case. 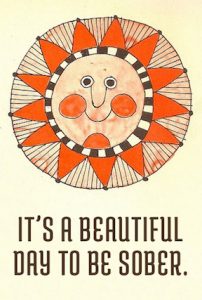 I have written more about the license appeal process than everything else out there combined.  I haven’t seen much about the sobriety requirement on other legal websites.  By contrast, you would have to try hard to miss it on my site or in any of my articles.  Even the quickest glance at my stuff makes clear that you must have quit drinking in order to win a license appeal.  I provide a first time win guarantee in every case I take.  Yet even in the relevant (although short) guarantee sections of my website, I make clear that sobriety is a non-negotiable requirement.  Experience has convinced me that some people just look at the sheer volume of information I have put out about driver’s license appeals and just figure, “he’s the guy,” without taking the time to read any of my stuff.  If they did, they’d see how I put sobriety front and center in everything.  The only thing I can figure is that some people simply define sobriety differently.  This is an important point because, legally speaking, there is no flexibility here:  The rule set forth by the Michigan Secretary of State, through its Administrative Hearing Section (AHS) states that a license appeal “shall not” be granted unless the person proves that his or her alcohol problem is “under control” and, more important, is “likely to remain under control,” meaning that a person is a safe bet to never drink again.

There is no room in here for the misguided idea of having the occasional drink at home, or a toast at a wedding, or anything else.  The state requires “clear and convincing evidence” to prove you’ve quit drinking, sworn off alcohol for good, and have the commitment and the tools to stay sober for life.  Anything less is not enough, and the hearing officer is required to deny the appeal if you can’t prove that.  In fact, the rule governing these cases specifically begins by reminding the hearing officer that he or she is under a negative mandate to look for the reason(s) to deny an appeal, because it begins with this language: “The hearing officer shall not order that a license be issued to the petitioner unless the petitioner proves, by clear and convincing evidence…” [that the person’s alcohol problem is under control and likely to remain under control].  Beyond denying anyone who so much as entertains the possibility of ever drinking again, the whole point of the license appeal process is to examine a person to make sure that, beyond just saying as much, he or she really does live, and is otherwise genuinely committed to, life without alcohol.

When a person has gone through the incredibly profound transformation from drinker to non-drinker, that whole lifestyle change becomes a part of his or her character.  Being sober is not an afterthought or something that exists in the background of a person’s life.  That’s not to say that not drinking doesn’t just become second nature; for most people, it does in time.  The thing I’m driving at is how front and center sobriety becomes in a person’s outlook on life, and, when that person turns to something like getting his or her license back – a license lost because of his or her ongoing struggles with alcohol – it’s kind of hard to imagine that he or she would just not mention it.  Harder still for anyone who has spent even a minute on the driver’s license restoration section of my website, or reading any of the license restoration articles on my blog, where I am clear, at just about every juncture, that sobriety is the starting point, the key, and, really everything in a license reinstatement case.

It’s not hard to understand the state’s position:  If you’ve lost your license after racking up multiple DUI’s, you’re seen as a risky proposition.  The state has zero interest in the story behind someone’s drunk driving convictions, especially when the person tries to explain that, despite appearances, he or she doesn’t have a problem with alcohol.  At a minimum, anyone trying to sell that story clearly places a high enough priority on drinking (it’s important to them, to the point of perhaps being a bit of a pre-occupation) that they still want to do it.  The state is on high alert for that and will take notice.  More than that, however, is the reality that the vast majority of people who do rack up multiple DUI’s do, in fact, have a drinking problem.  From the state’s point of view, the best way to insure anyone who gets back on the road isn’t a risk to drink and drive again is to only return licenses to those who won’t drink again; that, folks, is the line in the sand.

If a person has honestly gotten sober, I can win his or her license back.  Sometimes, people wonder about this because they’ve lost a prior appeal.  All I can say is, that didn’t happen with me handling the matter, so there’s usually no more obstacle to winning next time beyond waiting for the eligibility date to arrive.  All I need is that sobriety; give me that, I’ll get your license back.  To be clear, however, there are no shortcuts, and I don’t go on and on about all this sobriety stuff and not mean it.  I am NOT – read – ABSOLUTELY, 100% NOT INTERESTED –  in “trying” an appeal for someone who still drinks.  I know that plenty of people have done some time in AA and think they can “fake” their way through this.  I don’t think so, but moreover, I’m not interested in trying.  There is something incredibly powerful to sit in the hearing room with a client who is genuinely sober.  This goes beyond me just wanting to win, or earn my money, or not have to make good on my guarantee; I genuinely feel for my client; I am fully in this with him or her, and that heartfelt connection to a person who really done the work to get sober, and then implement all the changes to stay that way, compels me to put my heart and soul into every case I take because I know my client has put his or her heart and soul into getting sober.

You don’t get that with anyone trying to “game” the system.  The reader should not take this to mean I’m not willing to help, even if you haven’t yet severed your relationship to alcohol; on the contrary, if you need a license back but haven’t yet “put the plug in the jug,” so to speak, call my office anyway.  If I can, in some way, help you tip the scales in favor of not drinking, I’m glad to offer my assistance.  Maybe we can help you see things differently, or just provide some inspiration.  At the end of the day, though, you have to have made that decision and made the leap from drinker to non-drinker in order to win your license back.