In part 1 of this article, I began explaining how I do Michigan driver’s license restoration and clearance appeals within the framework of the Michigan Secretary of State’s established process.  I pointed out that genuine sobriety is a non-negotiable requirement for me to take on a license case because it is also a non-negotiable requirement to win one.  I next explained that my first meeting with a new client takes about 3 hours, and that most of that time is spent preparing the client to undergo the required substance abuse evaluation (it is correctly entitled a “substance use evaluation,” but everyone substitutes the word “abuse” for “use”) which is more less the foundation of a license restoration or clearance case.  I also mentioned that about half of my clients come from out-of-town, and for them, we arrange it so that they’ll come see me first and then go from my office to have their substance abuse evaluation completed, making the trip a kind of “one and done” deal.  Unless she’s unavailable, I generally use one primary evaluator whose office is just a few blocks from mine, although I do also have a small circle of other honest, top-notch clinicians to whom I send my clients, as well.  For those local to the Detroit area, scheduling an evaluation the same day they see me isn’t really necessary, but seeing me before being evaluated certainly is.  We concluded part 1 by noting that there are 5 possible prognoses in the actual substance abuse evaluation form, and that “good” is really the best.  Here, in part 2, we’ll resume our discussion by looking at the letters of support. 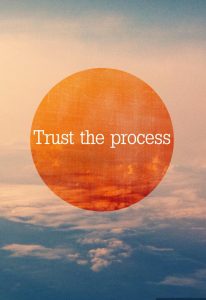 In addition to a substance abuse evaluation, a person must also submit letters of support when filing a license reinstatement case.  The state mandates at least 3 letters (and asks for no more than 6, but that’s not a hard and fast rule), while I want at least 4 (this way, if one is “screwed up” for some reason or other, than at least we still have the required 3 in the race).  The letters of support are the primary evidence submitted to prove that your alcohol problem is under control, which really amounts to testimonial evidence that proves your abstinence from alcohol.  I do not mean this disrespectfully, but 99% of the letters I initially review before editing are nowhere near good enough for submission as the come.  This has nothing to do grammar, either.  If all the support letters in my next 100 license restoration cases were drafted by lawyers and writers, I’d still have to fix 99% of them.  Letters of support serve a very specific evidentiary purpose (specifically, to prove that your alcohol problem is under control), but most people who write them try a bit too hard, and those efforts put the letters into the larger (but useless) category of what a colleague of mine calls “good guy letters.”  In the context of a license appeal, it doesn’t matter a bit if you’re a good person or not.  You could be the biggest rat on the planet, but to the Secretary of State (SOS), if your letters of support verify your sobriety, then they’re helpful.  On the other hand, you could be the nicest and most helpful person in the world, but without corroboration of your abstinence, the letters of support are worthless.

I personally work on each and every letter to make sure it is (honestly) revised to remove irrelevant language.  The SOS knows that it’s been hard for you without a license, so anyone telling them how difficult it’s been for you to get by, or get to work is just wasting ink and time. Instead the point is to make sure that your abstinence, and the letter writer’s observations of it are clearly explained, and that all relevant time frames are referenced, as well.  If Recovery Ron quit drinking back in 2006 and later met Helpful Hannah in 2009, she can’t really attest to any of his abstinence back in 2006, 2007 or 2008, can she?  Likewise, if Ron lived with Talking Tom from 2004 through 2009, but then after he me Hannah, the two of them moved to Florida, Tom can’t really say much about Ron’s abstinence after he moved out in 2009, can he?  Add to that that each letter must be consistent with every other letter and that they must all, as a group, be consistent with the evaluation, and you find yourself at a point where it’s easy to overlook something.  In fact, I get plenty of cases where people have tried and lost a previous license appeal, either on their own, without a lawyer, or with some lawyer whose claims of “doing” license appeals exceeded his or her abilities and/or experience where the letters were a main reason for the loss.  If there’s one thing you can take to the bank, it’s that a loss (for a genuinely sober person) because of a bad evaluation or letters that weren’t good enough is 100% the fault of the person who submitted them.  For those who tried on their own, that’s the price of trying to “play lawyer,” while for those who hired a lawyer, the blame for failing rests squarely on that lawyer’s shoulders.

There’s really a lot to the letters, and they consume a huge chunk of my time in every case.  One of the benefits in hiring me to handle your case is that you don’t have to stress out over whether things are being done correctly or not.  Moreover, you shouldn’t just pay some lawyer for a bunch of directions (“get this, do that, go there, send this in…”) instead of putting it together for you and making a winning case out of it.  And you shouldn’t have to guess what’s being done, either.  From my point of view, if a person is eligible to file a license appeal and genuinely sober, then he or she has already done enough hard work; it’s my job to take care of everything else and make sure a successful license appeal is assembled and filed.  And that takes us right to the next step, the filing…

Once I’ve revised and reviewed the letters of support and the substance abuse evaluation, and have double-checked everything (triple-checked is more like it, because my staff independently goes over everything, as well), we’ll file the case.  It takes a while to hear back from the AHS main office in Lansing, but when we do, it’s because we’ve been given a hearing date and the case has been assigned to a specific hearing officer.  I will never accept or do video hearings, and instead have all of my cases scheduled for a live hearing in at the Livonia hearing and appeals office.  There are 5 hearing officers there.  I appear in front of each of them regularly, as in several times each and every week.  This means I can be extra helpful and valuable when it comes to preparing my clients for their hearing.

Remember, back in part 1, that I said that I have to memorize your case?  I wasn’t kidding.  Knowing every detail of your story is integral to the “prep” session we’ll do before your hearing.  I need to know your sobriety date off the top of my head, and who wrote your letters and what they said about you.  To make sure everything is fresh in our minds at the hearing, I do my preps the evening before the hearing, and when speak, we will go over everything.  Each hearing officer has his or her own unique approach to things, and knowing that approach is key to preparing for it.  As it is, 3 of the 5 hearing officers prefer that the lawyer handle the bulk of the questioning at a hearing.  The other 2, by contrast, will ask most of the questions after the lawyer has set things up.  This may, at first, sound intimidating, but if you’re genuinely sober and you’re going in to tell the truth, it’s not a huge thing.  In other words, while preparing is important, in the final analysis, (at least for me and my clients) it comes down to telling the truth, and that’s a hell of a lot easier than having to memorize a bunch of phony BS and keep it all straight.  Telling the truth means telling your story.  Of course, depending on the hearing officer, that means having to fit that story into the way he or she asks questions, but that’s what I’m here for.  By the same token, though, if I’m the guy asking most of the questions, it will be easy enough for you to get your story out.  And don’t worry, if you’re not particularly thrilled at the idea of speaking, and after more than a quarter-century of doing this, I know how to ask the questions in a way that be so at ease you’ll feel like you’re on a phone call with an old friend.

At the end of all this, you will win your license back.  If you have done the work to get and stay sober, I will get you back on the road, and I guarantee it.  I have a great support team that helps me, but I personally handle every aspect of each and every one of my license cases.  I love this stuff.  This is not just a job for me.  As a lawyer, this is my passion.  For years, I made an extensive and ongoing personal study of every aspect of alcohol and drug issues, including the development, diagnosis and treatment and recovery from them.  Beyond my own “personal” study, however, I have also completed a formal, post-graduate program in addiction studies.  I know recovery – I know it from the inside out and from the outside looking in.  I know all about AA, and how it can be a divine lifesaver for some people, while not being the right match for others.  I understand relapse and how it can be the best teacher of all.  This stuff isn’t a game to me, and it’s way more than a job or a just a way to make money.  I know that after a person has gone through the life-changing transformation from drinker to non-drinker, winning back a driver’s license is almost always the last piece in the puzzle of his or her life to put back into place.  If you read some of my other blog articles, you’ll see that I really, truly “get” this, and have an unmatched passion for it.  I AM a driver’s license restoration lawyer; this isn’t just one area of practice I have among a list of websites with targeted URL names.  This IS me.  I will put 100% of who I am into your case and I will win it because if you’ve really gotten sober, you deserve to get your license back.

As a potential client, you need to do your homework and read around.  You should check out every lawyer’s website and blog.  Read what they’ve written, and take the time to read between the lines, as well.  When you are ready to move forward, pick up the phone and call around.  As I noted before, all of my consultations are done over the phone, right when you call.  You can reach my office during regular business hours, Monday through Friday, from 8:30 a.m. until 5:00 p.m., at 586-465-1980.  We’re here to help.