As Michigan driver’s license restoration lawyers, my team and I speak with people every day who need to get back on the road. Among the most common things people tell us, as they inquire about a license appeal, is that they completed their probation, paid all of their court fines, and attended all required classes and/or counseling. That’s all well and fine, but in the context of a Michigan driver’s license restoration or clearance appeal, simply having complied with the court’s orders in a prior DUI case is far from enough to win. In this article, I want to explain why that’s true, and then turn to the things that really matter. 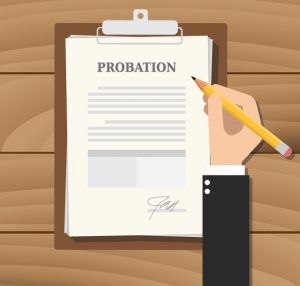 Our firm handles more than 200 driver’s license appeal matters per year, but we talk to loads more people than that, so the number of individuals with whom we communicate is really in the thousands. As my team and I have learned from all those interactions, many people mistakenly believe that what the court had ordered them to do as part of the sentence for their DUI’s is enough to qualify them to win a license restoration case. To be sure, some of the things a person has done as part of his or her probation order can be helpful to a license appeal, but usually, that’s about as far as it goes.

It’s understandable that a person may think that having completed court-ordered counseling is enough to win back their license but, as noted above, that’s simply not the case. The law requires that part of the sentence for a 2nd or 3rd offense DUI include some kind of rehabilitative counseling or treatment. This is mandatory, both in terms of the court being required to impose it, and the person being required to do it. If someone fails to complete what a court has ordered, then his or her probation will be violated, and he or she can be sent to jail.

Standing alone, however, simply following through with these things and not having one’s probation violated is far from enough to meet the criteria necessary to win a driver’s license restoration or clearance case

The court system and the Michigan Secretary of State are very much separate entities. They may, at times, run on parallel rails, so to speak, but the requirements to win a driver’s license restoration case are very different than what must be done to complete a court’s sentence for a 2nd or 3rd offense Operating While Intoxicated (OWI, although every just calls it “DUI”).

One important thing that applies to both of these “systems,” however, is that in Michigan, anyone convicted of 2 DUI’s within 7 years, or 3 DUI’s within 10 years is legally categorized as a “habitual alcohol offender,” and as a result of that, will also be presumed to have some kind of drinking problem.

Another important legal consequence is that anyone convicted of multiple DUI’s will have his or her driver’s license revoked; that’s what makes all of this relevant in the first place.

The legal presumption that a habitual offender has a drinking problem is a critical part of the reason why a court MUST sentence a person to some kind of counseling and/or treatment in any 2nd or 3rd offense DUI case.

This, of course, means it’s a foregone conclusion that anyone seeking to get his or her license back from the Secretary of State after having lost it by racking up multiple DUI’s has some kind of drinking problem.

This can be a sticking point for some people who want to argue that they really don’t have a drinking problem, but the simple, bottom line is that the entire goal of the license appeal process is to screen for and only grant driving privileges to those people who acknowledge that their relationship to alcohol had become troublesome, and who made the decision to give up drinking for good.

This sobriety requirement is a huge subject in its own right, and I have examined it in great detail within many of articles that can be found in the driver’s license restoration section of my blog, but what the reader needs to know here is that there is that to even have a chance to win a license appeal, there is absolutely NO allowance for any drinking or recreational marijuana use.

In fact, within the context of a license appeal, it’s a complete deal-killer if a person even thinks he or she can ever consume alcohol (or use recreational marijuana) again.

In order to win a Michigan driver’s license restoration or clearance case, a person must prove, by what the law specifies as “clear and convincing evidence,” 2 key things:

First, that his or her alcohol problem is “under control.” Translated in practical terms, “under control” means that an individual has been completely abstinent from alcohol for a legally sufficient period of time. Although the exact period can vary from case to case, our firm will generally never move forward with any license appeal until a person has been alcohol-free for at least 18 months.

Second, that his or her alcohol problem is “likely to remain under control.” In the real world, this means that a person must prove that he or she has both the ability and the commitment to remain alcohol free for life. Put another way, anyone filing a license appeal must demonstrate themselves to be a safe bet to never drink again.

Taken all together, a person must show that he or she realized drinking was a problem, made the decision to quit, and took the appropriate steps to maintain his or her sobriety permanently.

Perhaps the best way to explain this is to look at how the Secretary of State views the Sobriety Court process as very different from the regular court DUI process.

In Michigan, if a person is admitted into a Sobriety Court program for a 2nd or 3rd offense DUI, he or she can get a restricted driver’s license. The law provides – only in this single circumstance – that a Sobriety Court Judge can override the mandatory revocation of a person’s driver’s license, and grant him or her restricted driving privileges.

Sobriety Courts require a person to attend and remain in compliance with a very demanding counseling and treatment schedule. A person cannot simply “decide” that he or she wants to go to Sobriety Court, but must instead apply for and then be granted admittance into one of these programs by demonstrating a clear understanding that he or she has a problem with drinking (and/or drugs) and really wants help to get (and stay) clean and sober.

The counseling and treatment aspects of a Sobriety Court program are very intense, and any person going through one must also comply with frequent breath and urine testing to make sure he or she is staying clean.

Sobriety Court programs provide the help and tools to people who are determined to quit drinking (and/or drugging) and stay sober. There are more people who want to get into these programs than there are spaces for them, so the whole screening process is geared to making sure that only those people who truly understand they have a problem, and who are genuinely committed to working their way through it, are admitted.

To be sure, no person who isn’t 100% committed to getting clean and sober would last very long in one of these programs anyway, but the people who run them are careful to make sure that those who do earn a slot are truly ready, willing and able to meet the demands that will be asked of them, rather than ever taking a chance on someone who merely wants to give Sobriety Court a “try.”

The vast majority of people who wind up getting a 2nd or 3rd offense DUI don’t get into Sobriety Court, but instead go through the regular court process, which, as noted above, is legally required to include some kind of mandatory counseling and/or treatment, and will always also include some kind of alcohol and drug testing, as well.

Sobriety Court, however, is an order of magnitude more intense in every respect.

When a person has completed Sobriety Court, it essentially means that he or she will have been thoroughly “rehabbed,” that he or she actually wanted to do that, and, therefore went through the demanding grind voluntarily.

By contrast, anyone going through regular probation for a 2nd or 3rd offense DUI will have done far less by way of counseling and/or treatment, may have hated every last minute of it, and only completed everything because NOT having done so would have resulted in a probation violation.

Now, let’s put all of this in perspective:

We’ve already noted that the whole license appeal process is about making sure a person has realized that his or her drinking was problematic, that he or she has completely stopped, and has the tools to make sure he or she never picks up again.

Therefore, how does simply having paid all of one’s fines, or having completed probation, or otherwise having attended all required classes and/or counseling required by a regular (non-sobriety) court satisfy that?

More specifically, how does merely having “paid my dues” help prove that a person’s alcohol problem is both “under control,” and also that it’s “likely to remain under control”?

The simple answer is that those things, by themselves, do NOT.

Of course, it’s helpful if a person can point to any thing he or she did while on probation as having been some kind of inspiration or support for a decision to genuinely quit drinking and stay sober thereafter, but absent that, merely NOT having screwed up probation, or NOT having failed to pay one’s fines and costs, or otherwise simply NOT having gotten in any trouble since then is NOT ENOUGH to win a Michigan driver’s license restoration or clearance appeal case.

My team and I are, of course, sympathetic to those who email us and say something like: “Interested in getting my license back. My last DUI was 5 years ago, and I paid all my fines and cost and completed all classes assigned by the court.”

It’s just that, as I’ve tried to make clear, by themselves those things usually aren’t enough.

License appeals are all about not drinking, and the key to winning is, and always has been, sobriety.

If you’re looking for a lawyer to win back your driver’s license, or to clear a Michigan hold on your driving record so that you can win a license in another state, be a smart consumer and read around. Read how different lawyers explain the license appeal process, its requirements, and their various approaches to it.

When you’ve done enough of that, start checking around. You can learn a lot by actually talking to a live person. Our firm can handle any Michigan driver’s appeal license matter, no matter where you live.