In my role as a Michigan driver’s license restoration lawyer, I am just one of three individuals whose parts in the process are absolutely critical. Obviously, the hearing officer deciding a license reinstatement case is at the center of everything, but even he or she must act within the law and follow the rules and regulations. The hearing officer must assess the evidence in every case and see how it conforms to the requirements set forth within those rules. The counselor who completes the substance use evaluation (in a very real way, the single most important piece of evidence), typically called the “evaluator,” completes this trinity. Perhaps overlooked because his or her part in the process is not as out front as either the lawyer’s or the hearing officer’s, the truth is that the evaluator is absolutely essential to the success (or failure) of every license appeal case. 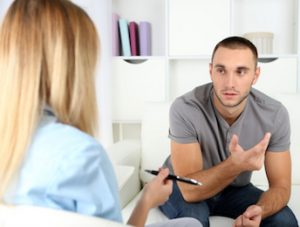 Almost every substance abuse counselor out there, if shown the Michigan Secretary of State’s Substance Use Evaluation form, would look at it and think, “I can do that,” but very few actually can, at least in the way required by the SOS Administrative Hearing Section (AHS) hearing officers. In the same way as learning to ride a bike, the only way to get good at this is to learn by doing it, and that means learning from your mistakes. There is simply no way a substance abuse counselor, or anyone, for that matter, can develop the necessary skills to do this well without doing it regularly AND getting consistent feedback on it. Part of the reason for this is that how the information provided on the evaluation will be interpreted is not obvious merely by looking at the form itself. In addition, every hearing officer is different, so an evaluator has to take into account that information will be interpreted by each.

Indeed, I have taken my evaluator to hearings with me (she had, of course, completed the evaluations in each of those cases) to observe how her work is examined and interpreted by the hearing officers. This is the kind of experience and feedback that separates the very best from all the rest, and when your license appeal is at stake, you want much better than “all the rest.” That’s not meant to be as folksy as it may have sounded. The bottom line to a license appeal is that if you lose, you are sidelined for another whole year. I guarantee to win every case I take, but I could not do that if I didn’t have complete faith in my evaluator, as I do, in no small part because for years we have had regular conversations about our mutual clients and their evaluations. For every one of us, learning is an ongoing process.

At the end of the day, the evaluator is the supposed to play the role of an objective clinician, something that’s harder to do than may first seem the case. There is no shortage of evaluators who will write up the most favorable evaluation possible, or as some might say, the best you can pay for. The SOS hearing officers are on the lookout for this and can smell it a mile away. What the hearing officers want is an honest evaluation that gives the good, the bad, and the ugly, not some overly-favorable report that sounds too good to be true. A person’s recovery, like the person him or herself, is always imperfect. A person may hit bottom rather hard, and suddenly, and never pick up and drink or use again from that moment forward, but getting to that point may have involved lots of slips, attempts at counseling (and/or AA), and otherwise look like a study in failure. Remember, we look at a light bulb and see the inventor’s success; the inventor, meanwhile, realizes that getting to that point took hundreds of unsuccessful attempts. The evaluator needs to “capture” this part of a person’s story and fit it within the framework of the evaluation.

In fact, one of the biggest mistakes made by the less-experienced evaluators is to check the “excellent” box in the prognosis section of the evaluation form, in the mistaken belief that doing so helps someone’s case. The prognosis section, in short, is where the evaluator rates likelihood of the person remaining alcohol-free. There are 5 boxes: poor, fair, guarded, good and excellent. By law, a prognosis of either poor, fair, or guarded MUST cause the appeal to be denied. This means you can ONLY win with a prognosis of either good or excellent. Except that, in the real world, very few people actually deserve an “excellent” prognosis. Sure, if some old guy has been sober for 27 years, has been in AA the whole time, has outlived his first sponsor, has 3 current sponsees, has been the treasurer of his home group for the last 16 years, and has run the annual 4th step retreat for the better part of a decade, he deserves “excellent.” Just about everyone else, though, rates “good,” and in the context of a license appeal, “good” is good enough. Thus, if Sally has been sober for just over 4 years, her prognosis could only be “good,” and that’s fine. The problem is that some over-zealous evaluator, in a misguided attempt to help her, may try to bump her rating up, but in doing so, actually undermines everything, thereby hurting Sally’s chances at winning her license back.

I certainly don’t have that problem. My evaluator has always said that MAYBE she see’s 1 or 2 “excellent” cases a year. When hearing officer see the same evaluator’s work time after time, and begin to recognize his or her name, eventually, they will form an opinion of that person and, when they see that name again, their instinctive reaction is either going to be good, or bad. Thus, if a hearing officer knows that evaluator “A” freely gives out excellent prognoses, and gives them out more frequently than the hearing officer thinks should be the case, you can bet that his or her reading of the evaluation will be careful and critical, if not downright skeptical. In a process that, by rule, begins with a negative mandate (the main rule begins with the following language: “The hearing officer SHALL NOT order that a license be issued…” (emphasis added)), the last thing you need is to start off on the wrong foot, or with a built-in handicap. Your evaluator’s name should inspire confidence, not skepticism.

Of course, it’s a bit ironic that in an attempt to help the client, a counselor writing up an evaluation with an “excellent” prognosis is actually doing just the opposite. These are the lessons picked up not only through constant experience doing evaluations, but regular feedback from the lawyer about how those evaluations are interpreted. Anytime a client has either won or lost a previous license appeal, I always provide a copy of the hearing officer’s decision to my evaluator. Often enough, a person who is a new client to me is someone who has tried a previous license appeal before, either on their own, or with some other lawyer, and lost. Not only has it been helpful for me to read this decisions (I have, quite literally, read thousands over the years), but I think it’s as important for my evaluator to do so, as well, so she, like me, can learn from other people’s mistakes.

Michigan residents must drive for at least a year on a restricted license. All of these folks will have to go through a second hearing after a year on the interlock to get their “full” license back (this does not apply to out-of-state residents who win a clearance that allows them to immediately get a full license in their home state), and this second hearing requires filing a whole new case, including a new evaluation and new letters of support, followed by another hearing. In every one of these cases, I provide my evaluator with the written decision and order granting the first appeal so that she can, yet again, see how the information she provided, and the way she provided it, was perceived by the hearing officer. In any one case, that might not amount to much, but when you’re talking over 200 cases a year, year after year, you’d be surprised how much there is to pick up, even just through incidental comments and observations made by the hearing officers.

And that helps us circle back to the idea that the evaluator is one of three key players in all of this. The hearing officer decides the matter, based in no small part upon the evaluation. The lawyer, for his or her part, must first make sure the evaluation is legally adequate and otherwise favorable before filing it along with the letters of support and other required documents. More than that, however, the lawyer should always be working with the evaluator and provide constant feedback (this is a 2-way street, as the evaluator can teach the lawyer a lot, as well). In that sense, the roles of the hearing officer, the lawyer and the evaluator are interdependent. No one performs his or her tasks independently or outside the purview of the others.

If you need to restore your Michigan driver’s license, or need to obtain the clearance of a Michigan “hold” on your driving record so that you can get a license in another state, I guarantee to do just that, as long as you’re sober. As a consumer, you should read around. Admittedly, I say that in a self-serving way because the more than 400 driver’s license restorations articles I’ve written and posted on this blog are about 10 times more than you can find everywhere else COMBINED. Still, you should learn that for yourself. When you are ready to move forward, you should check around. All of my consultations are conveniently done over the phone, right when you call. You can reach my office Monday through Friday, from 8:30 a.m. until 5:00 p.m. (EST) at 586-465-1980. We’re here to help.