In part 1 of this article about Michigan driver’s license restoration and clearance appeals, we began examining the substance use evaluation (SUE) that must be filed with all cases, and the critical importance of the evaluator’s experience in doing them. I said that to gain enough experience, an evaluator should work closely with a lawyer who concentrates in license appeals, and noted that our evaluator often accompanies us to hearings just to see how SUE’s are used by Michigan Secretary of State hearing officers who decide these cases. 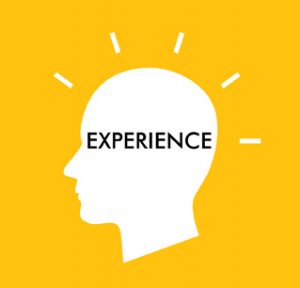 The Secretary of State (SOS) has some very specific expectations and requirements about what kind of information should be provided within the substance use evaluation. Unfortunately, many of these nuances can’t be found in the written rules, and the SOS doesn’t provide any other guidance about them, either. That means that the only way to find out about some tricky issue or other is to run head-first into one of them and learn the hard way, or, in the case of the evaluator, have that knowledge passed on by an experienced driver’s license restoration lawyer.

For example, it is pretty well established that a person generally cannot win a license appeal while he or she is on probation. This is because a person has to prove that his or her abstinence from alcohol (and drugs) is entirely voluntary, and not merely because he or she is forbidden from drinking under threat of penalty. It is a universal condition of probation that a person abstain from drinking alcohol, and violating that term can, potentially, result in being sent to jail.

Many lawyers don’t even know this, so how would any evaluator find out?

With very few exceptions, a person cannot win a driver’s license appeal if he or she is on probation because the Secretary of State characterizes being on probation as “living in a controlled environment,” and that, in its view, prevents a person from proving that his or her abstinence from alcohol is complete voluntary.

In the clinical world, a “controlled environment” usually means a place like a correctional facility, where access is controlled. This also extends to other places where people live, like rehab centers and halfway houses, where, in addition to access being controlled, residents are tested for alcohol and drugs, and subject to search at any time.

However, the Michigan Secretary of State extends the idea of a “controlled environment” beyond where a person resides to include being on probation (and parole), as well, because he or she is still subject to being tested for alcohol and/or drugs, and, if found to have used either, to being locked up for having done so.

None of this “controlled environment” stuff is in the written rules. This is the kind of thing a lawyer can pretty much only learn by experience, meaning, it’s usually learned by mistake.

The only way for an evaluator to know about something like this is to work with a lawyer who takes the time to explain it to him or her – but that can only happen if the lawyer knows it in the first place.

And on a side note of shameless self-promotion, I will point out that, within a few weeks of the time this article was written, we won a license restoration case for someone who was on probation at the time. That case was exceptional, but it does stand as yet another example of how experience is key to knowing what it takes to win a license appeal case.

In our office, we do more than just brag about our experience: We GUARANTEE to win every driver’s license restoration and clearance appeal case we take. As the old saying goes, “talk is cheap,” so we put our money where our mouths are.

Circling back to the importance of experience, let me use one of my favorite illustrations to drive my point home:

Imagine that you are hired by the local widget factory to make widgets. When you show up for your first day of work, the boss leads you to your machine, and then instructs you to push certain buttons and work certain levers in a specific order. When you’ve done that, your widget is complete, and falls out the back of the machine and down a shaft into a giant bin below.

Under that set up, you never see a single widget you make. Because you don’t get any feedback about your work, have no idea if your widgets are done perfectly, or they’re just okay, or if they’re a bit short, or a bit long, or if you have a certain number of “bad” ones; all you can figure is that what you do must be good enough, because, years later, you still have a job.

As I said earlier, we’ve been hired by hundreds of clients after they lost a prior appeal having either tried it alone, without a lawyer, or with some lawyer who didn’t specifically concentrate in this area of law.

Despite some rather clear explanations in the orders denying their cases explaining the deficiencies of the substance use evaluations they filed with their appeals, to the best of my knowledge, not one of these people, nor their lawyers, has ever followed up and contacted their evaluator or provided him or her with a copy of their order to point out what wasn’t done right within the evaluation.

In other words, in the real world, evaluators don’t get any feedback regarding the SUE’s they do for Michigan license appeals.  They just do them, send them off, and that’s that.  They’re left to assume that what they do must be “good enough.”

The truth is, most people who have lost, and even most of the lawyers who “dabble” in license appeals probably don’t read much more of an order of denial beyond the “denied” part. The nuances of license appeals can be tough going, especially because plenty of the details aren’t even in the written rules.

For as much as I have learned through my own mistakes over the years, I have also learned loads from reading hundreds and hundreds of other people’s orders in cases they lost prior to hiring me.

Yet the question remains: without direct feedback, how can any evaluator have any idea what they’re getting right, or wrong, or what they could do better?

It only makes sense, when you think about it, that a person who loses a license appeal won’t have any real idea what all the technical stuff means even when they get their denial letter. Therefore, an evaluator, no matter what he or she gets right or wrong, is unlikely to ever hear about it, either.

Like the person working at the widget factory, they’re basically left flying blind.

We’ll stop here, and then return, in part 3 to conclude our review of the importance of experience of an evaluator when completing a substance use evaluation for a Michigan driver’s license restoration or clearance appeal.