Driver’s license appeals are intended to be hard to win. The Michigan Secretary of State has very strict standards for returning driver’s licenses. To be clear, this process has nothing to do with how much you may need a license, how long you’ve been without one, or that you haven’t been in any kind of trouble for a long time. Although this is a deep subject, the simplest way to put it is that the state wants to make sure that no one who loses his or her license for multiple DUI’s gets back on the road until they can show that they won’t drink anymore. Ever. Whatever else, people who don’t drink alcohol aren’t any risk to drink and drive again, so the line in the sand has been drawn there, meaning a person must demonstrate, by what is defined as “clear and convincing evidence,” that he or she has quit drinking and is likely to remain alcohol-free in order to have any chance of winning his or her license back. The whole license appeal process involves what I call “a million little rules,” but for all of that, timing is everything, and if you file your case too soon, you’ll run straight into a denial. 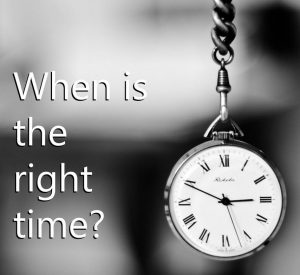 You must have enough sober time under your belt to win a license restoration or clearance case. Under the main rule (Rule 13) governing license appeals, a person must have at least 6 months of complete abstinence from alcohol to even be in the ballpark, legally speaking, to win his or her license back, BUT, and this is huge, the same rule specifically provides that the hearing officer may require at least (meaning more than) 12 months abstinence in just about any and every case. In the real world, you will always need more than a year of sobriety to have any chance of getting your license back. I guarantee to win every license appeal case I take, and in my practice, I generally want at least 18 months of genuine sobriety before I’ll let any of my clients sit for a hearing. And for all of that, I like it better when someone has even more clean time.

Not having enough sober time is a sure way to lose a license appeal. So how much is enough? You’re going to love this typical lawyer answer: it depends. Indeed, one of the reasons I can claim the title “driver license restoration lawyer” is that I can look at all the factors of a person’s situation and just “know” how much sober time is enough in any given case.  Let me explain that with a few examples:

Imagine, for example, that Lightweight Linda had 2 DUI’s, with the last having occurred a little less than a year and a half ago. Her BAC results in the first case, 5 years ago, was .12, and in the most recent, it was .14. She quit drinking immediately after her last DUI, and followed all the court mandates for counseling, although she never went to any AA or other support group meetings. Her lifestyle and the people she hangs around with have changed dramatically since that day, and she is resolute about never drinking again. I would take Linda’s case and not wait to get to work on it.

Now, contrast her with Hard-drinking Dave, who has 3 DUI’s (many of my clients have way more than that), the first going back about 12 years, and the last about 16 months ago. Like Linda, Dave also quit drinking the night he was arrested for his last DUI. Unlike Linda, however, all of Dave’s BAC scores were high: .18 for his first case, .21 for his second, and .24 for his last. Besides his DUI’s, Dave has a few MIP and Disorderly Person charges on his record, along with 2 suspended license convictions, as well. Dave did counseling as required by the courts, and even did 6 months of AA because he was ordered to do so, but stopped going as soon as he didn’t have to anymore. I would never even think of filing Dave’s case until he had at least 2 years of sobriety under his belt. I’d probably take his case now, but I would do so only with the understanding that we’d wait until he had at least 2 years of clean time before he even went for his evaluation.

Those are kind of easy examples. Let’s mix things up a bit, however, and look again.

Assume that Linda’s DUI’s are just as described above, except that she is also now in recovery from an opiate addiction that has lasted for nearly 7 years, until her last DUI arrest. Back about 5 years ago, after her first DUI, she was abstinent from both drugs and alcohol for just over a year and a half, but then relapsed. Just as in the example above, Linda promises she’ll never pick up again.

In that situation, I’d hold off on filing Linda’s case until she had at least 2 years clean time to her credit. I can think of many small additional factors that would make me want to wait even longer, but that would just lead us into an endless “what if?” game. More important is that there would be no reason to file her case with anything less than 2 years clean and sober.

Let’s do another Hypothetical with Dave. Imagine that his legal situation is almost exactly as describe above, except that he doesn’t have any DWLS convictions and that he also completed a sobriety court program and still remains very active in AA. He is the treasurer for his home group and has even become a temporary sponsor himself to any newcomer at either of the 2 meetings he attends weekly. Dave ditched all of his drinking friends and is enthusiastic about his sobriety. I’d be ready to get to work on Dave’s case right away.

Of course, these are simple examples, used merely to illustrate a point. Real-life cases always have more “issues” and the infinite number of possible combinations of them means that everybody’s situation needs to be evaluated on a case-by-case basis.

There are a few lessons we can take from the above examples, however. Relapses are always a worry. When a person has quit drinking for any length of time and then gone back, it raises concerns. I’m not talking about someone who has only eeked out a few weeks or months of trying to stop drinking, but rather someone who has “quit” and racked up the better part of a year, at least, only to started up again. If a person goes more than a year – say a few years, without drinking – and then picks up again, it becomes preferable that his or her current period of sobriety is longer than any previous period before the relapse. In other words, there’s a palpable sense of uncertainty about Risky Ricky if he managed 3 years without a drink, then started back up and drank for 2 years, and is now about a year and a half into his newest period of sobriety. Maybe he doesn’t have it in him to go longer than 3 years. The Secretary of State, for its part, isn’t going to be anxious to find out by putting him or her back on the road.

The state will also be uneasy with anyone who looks like a “serial relapser,” meaning a person who quits drinking and then goes back, only to quit again and return to drinking once more. This shouldn’t require much explaining; the more false starts a person has in his or her past, the more a longer period of sobriety will be required for him or her to actually win a license appeal. How long? Again, it depends.

In the clinical world, the incidence of relapse drops off rather steeply after 5 years. Long term sobriety is often temporally defined as 5 or more years. Really, once a person gets near 5 years, he or she is pretty well set for purposes of a license restoration or clearance case. Anyone with more doesn’t really have to worry about this issue, unless he or she has a questionable relapse history.

One of the more confounding aspects to all of this is that everyone lives inside their own head, and if a person feels genuinely committed to sobriety, he or she will often think they’re good to go. This is understandable, but it fails as an objective measure what is (or isn’t) “enough.” It is, after all, the state’s measure that matters most, and that can depend on every facet of a persons case, right down to the hearing officer who will be deciding it.

The best way to see which side of “it depends” you are on is for me to evaluate your case. If you need either to win back your Michigan driver’s license or, if you now live out of state, need to obtain a clearance of a Michigan hold on your driving record, and you have honestly quit drinking, I can get your license back. All of my case evaluations are confidential, free, and done over the phone, right when you call. If you have questions, we have answers. If I take your case, I guarantee to win it. You’ll only pay me once to get back on the road. My office is open Monday through Friday, from 8:30 a.m. until 5:00 p.m. (EST), and we can be reached at 586-465-1980. We’re here to help.