One of the best things about my guarantee to win every Michigan driver’s license restoration and clearance case I take is that it’s good for the client, but it also serves me well because it prevents me from accepting a case that’s not ready to win. As much as I have written about the license restoration process, how things are done in my office, and even my guarantee, it only recently occurred to me that my guarantee is really a 2-way street, and that it protects me from making a mistake in accepting a case in the first place as much as it does from making one in any case I have already taken. 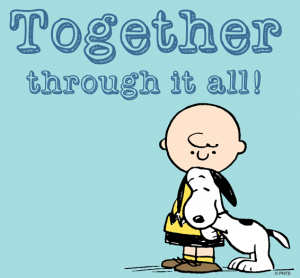 Sure, it’s great for me to be able to boast that any potential client will only pay me once to get back on the road. Most people correctly understand that to mean that I make my money winning license appeals the first time around, not having to come back next year and do “warranty work.” This effectively removes the risk for anyone who hires me. But it’s not just the client who takes a risk in this transaction; I do, as well, because if I don’t succeed, my work load doubles, and my profit gets cut in half. The way I see it, this provides a great incentive for me to win the first time around, but to also make sure that I don’t accept a case that is not quite ready to succeed.  In a sense, it keeps me honest to both my client and myself.

If I didn’t have a guarantee that obligated me to stick with my client until he or she wins, it might be easier to persuade me to take a case that’s not so good. For example, while I am sympathetic to how badly some people need to be able to drive again, needing a license has nothing to do with being able to win it back. People will often express a sense of desperation about how much they need to be able to drive, and how much not having a license is holding them back. I feel for that.  Because of my guarantee, however, I will never get sucked into that kind of mess and file a license appeal unless I know the person can and will win it. As one of the Secretary of State hearing officer puts it, “everybody needs a license.”

Just needing a license, however, isn’t enough. A person has to be both legally eligible to file and practically eligible to win his or her restoration or clearance case. People often mistakenly think that it matters how long they have gone without driving, or stayed out of trouble. None of that makes any difference whatsoever. The ONLY thing that matters in a license appeal is that you have quit drinking for good and can prove yourself a safe bet to never drink again. The state has drawn a line in the sand: when it considers giving a license back to anyone who has lost his or her it for multiple DUI’s, only those people who don’t drink are candidates. The Michigan Secretary of State wants to make sure that whoever it puts back on the road isn’t a risk to drink and drive again, and we all know that people who don’t drink are simply NOT at risk to drink and drive.

This standard, of course, is designed to completely exclude anyone who so much as thinks he or she can have a drink ever again. Ever. Only people who have honestly quit drinking and who can demonstrate the commitment and the tools to remain sober are candidates. Many people have never thought of their status as non-drinkers in quite that way, so an important part of my job is to help frame their transition from drinker to non-drinker in those terms. I do it all the time, and if my client has genuinely put the plug in the jug, I guarantee to do it well enough to win.

Sobriety, then, is the absolute key to winning a license appeal. The bad news is that sobriety is also the most common stumbling block that causes someone to lose. To be sure, there are plenty of other reasons people lose, but by and large, most reasons for losing can be traced back to the issue of sobriety, and/or the inability to prove it. I often say that if you’re genuinely sober, I WILL win your license back, and I mean it.

Yet as great as that sounds, things do go wrong. I have 2 examples that underscore the idea that nothing is perfect:

A few years ago an old neighborhood classmate contacted me about getting his license back. Because I knew that he was still drinking, I declined his case. He understood that I could not and would not present him to a Secretary of State Administrative Hearing Section (AHS) hearing officer and misrepresent (or, to put it bluntly, lie and perjure) that he had quit drinking and was sober. Somehow, he won his license anyway (and I have no regrets for having passed on his case). As it turns out, I spoke with him a few days before this article was written, and he told me he was thinking of keeping his interlock in his car, even if and after he won the right to take it off, so that it would deter him from drinking and driving.

I told him, just DON’T drink and drive. I knew that any suggestion he stop drinking would be a waste.

I know that the hearing officer who decided his case would be disappointed about having been been fooled. I’m glad I had no part in that. Yet I am haunted by a case from a few years ago where I got fooled, as well.

This client almost knew how to play things. As my mom used to say, “hindsight is 20-20,” but as I do look back, I remember thinking that this guy lacked a certain bit of the typical “oomph” or “pop” that most people have when we talk about getting sober. Anyway, I was at the license hearing with this guy and the hearing officer asked him to repeat his sobriety date, meaning when the time that he quit drinking. The guy answered with some date that was about 5 years back. The hearing officer then spun his computer monitor around and asked the guy why he has posted a picture on Facebook from just the year before showing him on a boat with some friends where they were all holding beer and obviously drinking.

Obviously (and thankfully), the guy lost his case. To me, however, this wasn’t just about a loss, or having to decline to honor my win guarantee (it doesn’t apply if someone out-and-out lies, anyway), but rather about being somewhat shaken up by having missed something. Something big. I’m good at what I do, and my staff is, too. I was (and, if you can’t tell, still am) pissed about this. I’m not exaggerating when I say that more than half the people who call to inquire about getting their license back still drink, so I take less than half of all the people who would gladly hire me simply because they’re not sober. Yet I am proud of what I do. I believe in my clients and believe they’ve earned the right to drive again. I don’t think having a guarantee is anything special because I think if a lawyer really knows how to do these cases, NOT providing a guarantee is a red flag. If you buy a boat, you EXPECT that it doesn’t leak. Who would buy a boat or a canoe or a raft that wasn’t warrantied against leaks?

Still, this guy got me.

No matter how smart we may think of ourselves, some of the best lessons come from things we learn by mistake. Get burned, and you’re not likely to do whatever burned you again. Over the course of 27-plus years as a driver’s license restoration lawyer, I’ve learned every mistake NOT to make in license appeals. Now, after a long time of having consistently won almost all of the 200 or so cases I handle each year, I have established and maintained an impeccable reputation for bringing genuinely sober people to license reinstatement hearings. The LAST thing I would ever want is to be perceived as merely taking any case that comes along, or otherwise not fully understanding that the license appeal process is all about proving sobriety. It takes a lifetime to build and maintain a good reputation, but it only takes one stupid move to destroy that.

Therefore, I won’t screw around with a case that’s not ready to win, and I look to all the morally sound reasons for being that way. I play by the rules. I am honest. I do things right. Still, having that guarantee is a huge safety net for me to check my own perception, because, as the saying goes, money talks and BS walks. If I take a case that won’t win, I’m losing money.

As I noted above, this provides a real level of comfort to my clients. It’s not just the long-range idea that I’m with you until you get back on the road, but the short range reality that my income is earned winning these cases the first time around. In other words, when you hire me, we’re undertaking a sprint to get your license back, not a marathon before you can drive again. I will always honor my guarantee, but I much prefer to not have to. In that sense, I certainly put my money where my mouth is…

If you have lost your license for multiple DUI’s, or you have a Michigan hold on your driving record that is preventing you from getting or renewing a license in another state, and you have honestly quit drinking, I can fix that for you. Be a good consumer. Read around, then check around. All of my consultations are confidential and done over the phone, right when you call. You can reach my office Monday through Friday, from 8:30 am. until 5:00 p.m. (EST) at (586) 465-1980 or 586-465-1980. We’re here to help.