Because we are a Michigan driver’s license restoration law firm that guarantees to win every regular restoration and clearance appeal case we take, we know, from first-hand experience, the joy our clients feel when they can legally drive again. For most people, regaining their independence is something for which they’ve worked long and hard, and therein lies the real “secret” of our success. We guarantee to win every case we take because we will only accept representation for someone who is sober, and whose case can therefore be made into a winner. 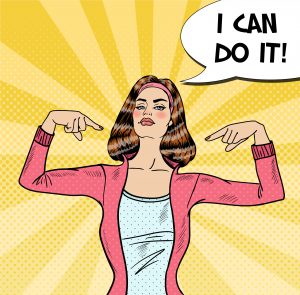 I have written rather extensively about our guarantee, noting, in some articles, how it really serves as both a protection for the client, because he or she will only pay us once for the security of knowing they’ll win, and for us, because once we take a case, we are obligated to stick with it until the person does, in fact, win. Under the terms of our guarantee, if a person doesn’t win the first time, then we have to re-do his or her case until it does. To be blunt about it, we count on earning our money by winning the first time around, NOT having to do the whole thing all over again, for free, as “warranty work.”

That obligation is a complete disincentive for us to take a case on behalf of someone who isn’t genuinely sober, or who hasn’t been sober long enough, or who’s case can’t, for whatever other reason(s), be made into a winner. This not only protects us from getting involved in such a mess, it also protects a client from forking over his or her money and not being guaranteed a successful result. It’s always nice when someone contacts our firm and is ready to pay, but our guarantee is a safeguard that prevents us from ever getting tempted to take a case for a payday unless we’re sure we can win it.

In order to succeed in a Michigan driver’s license restoration or clearance case, a person has to first be sober, and then he or she has to prove it within the requirements of the main rule governing license appeals (Rule 13). Being able to do that means a person must have put in the time and effort required to completely eliminate alcohol from his or her life, and while that’s not a simple thing, it is necessary to be able to win back one’s driving privileges. What a lot of people don’t get is that simply needing a license has nothing do with actually being able to win it back.

As one of the Michigan Secretary of State hearing officers observes, “everybody needs a license.” In today’s world, there are few things that can make a person less independent than taking away his or her ability to drive. When that happens to someone, he or she immediately becomes reliant upon on others to get around. Of course, this sucks for anyone going through it, but that outcome is IS an intended consequence; a the penalties for a repeat offense DUI are intended to hurt.

That message is not merely that a person shouldn’t drink and drive, but rather that he or she needs to quit drinking for good and get sober.

In the context of public safety, it is beyond dispute that people who don’t drink at all present zero risk to drive drunk.

Under Michigan law, any person convicted of 2 DUI’s within 7 years, or 3 DUI’s within 10 years, is legally categorized as a “habitual alcohol offender,” and his or her driver’s license will automatically be revoked. Moreover – and this is critically important – any such person is also presumed, by law, to have a drinking problem.

This means, then, that the way to win an appeal is to show what one has done to “fix” his or her problem, and that’s done by proving that he or she had quit drinking and embraced sobriety.

By contrast, about the quickest way to lose an appeal is to for a person to argue that he or she doesn’t have some kind of troubled relationship to alcohol. Even if someone could show that he or she hardly ever drank, that doesn’t change the reality of having been caught driving drunk on multiple occasions.

To help clarify this, let’s quickly look at the main license appeal rule (Rule 13), and then we’ll summarize what it means in plain English:

iv.  That the petitioner has the ability and motivation to drive safely and within the law.

v.   Other showings that are relevant to the issues identified in paragraphs (i) to (iv) of this subdivision.

For as complex as that may sound, here’s what it really means:

The hearing officer is directed to NOT grant the appeal (in other words, he or she is expected to DENY it), unless the person proves, by what is specified as “clear and convincing evidence,” 2 key things:

1. That his or her alcohol and/or substance abuse problem (remember, anyone convicted of multiple DUI’s is presumed to have a drinking problem) is under control. In practice, “under control” means that a person has been abstinent for a legally sufficient period of time. The precise amount can vary from case to case, but our firm will generally not move forward with an appeal until a person has accumulated at least 18 months of clean time.

2. That his or her alcohol and/or substance abuse problem is likely to remain under control. A problem is considered “likely to remain under control” when a person has both the ability and commitment to remain completely alcohol and drug-free (this includes remaining abstinent from recreational marijuana). Put another way, it requires showing that one has the tools and is otherwise a safe bet to remain clean and sober for life.

No matter how one reads the rule, it’s clear that not only isn’t there any room in it for a person to drink, the requirement that a person be a safe bet to remain abstinent permanently means there isn’t room for a person to ever even think that he or she can ever drink again.

This why the state will only take the safe bet – meaning on people who can demonstrate themselves unlikely to ever consume alcohol (or use any drugs, including recreational marijuana) again.

For most people, the whole process of getting sober is truly life-changing, and plenty would agree that sobriety itself brings a real sense of independence. And while that’s all well and fine as a concept, having to find rides everywhere just plain sucks.

Perhaps among those who really “get” the whole sobriety thing, there is a sense of understanding about why the can’t drive, and they accept that they’ll just have to be patient until it’s time to file a license appeal, but if my team and I have learned one thing over more than 30 years, it’s that few things can come close to the absolute joy a person experiences once he or she does win their license back.

That’s where our firm come in; we start working make sure that every case we take is going to win from the first moment we get involved. We don’t take cases for people are still drinking, nor even for people who haven’t been sober long enough.

Because of our guarantee, we make sure to carefully screen a potential client, every bit as much to make sure he or she will win the first time around as to ensure that we don’t lose, and obligate ourselves to have to do the whole case all over again without charge.

We’re nice people, but we have no interest in doing double the work for the half the pay.

This should be good news to anyone who hires us, because when we take a case, there is no question about “if” they’ll win. We can honestly laugh if someone asks “what are my chances?”

Instead, the only potential risk for any client of ours is when they’ll win, and we do everything possible to make sure that will happen the first time we file. In the business scheme of things, we literally count on it.

When our clients call to thank us, they don’t talk about some road trip they want to plan in the future; they tell us how great it is to be able to drive to work, and their doctor’s office. They express how wonderful it is to finally be free of relying on everyone to get around.

The sense of independence that a person gets from winning back his or her driver’s license is literally life-changing, and, at least for our clients, it is always well-deserved.

If you are looking for a lawyer to either win back your driver’s license, or secure the release of a Michigan hold on your driving record so that you can obtain a license in another state, be a wise consumer and read around. Pay attention to how different lawyers explain the license appeal process, what’s involved in it, and how they explain their various approaches to these cases.

This blog is a great place to start – with over 650 fully searchable articles in the driver’s license restoration section, it has more information than you can find any and everywhere else combined.