As Michigan driver’s license restoration lawyers, if we had a nickel for every time someone contacts us and says “I haven’t had a license in [X number of] years,” or “I haven’t had a license for a long time,” we’d be rich beyond measure. In this article, I want to explain why it doesn’t matter how long a person has gone without a license, and then turn to the single thing that does matter more than anything else when it comes to getting it back – that he or she has given up drinking. 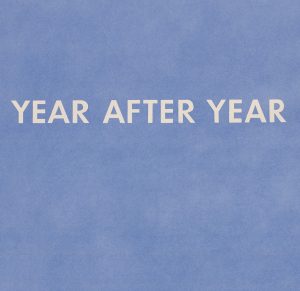 The fact that a person hasn’t had a license for a long time is a complete non-issue as far as license appeals go. There are exactly 2 temporal elements that matter in the context of a license restoration or clearance case: first, that the person’s period of revocation has run, and second, that the person has been sober for a “legally sufficient” period of time. Although the length of required sobriety can vary from case to case, in our practice, we generally require our client’s to have a minimum of 18 months’ clean time before we’ll move ahead with a driver’s license restoration or clearance case.

To win a Michigan license appeal, a person must prove 2 things, by what the law defines as clear and convincing evidence: first, that his or her alcohol problem is “under control,” meaning he or she has been completely abstinent for that legally sufficient period of time mentioned above, and second, that his or her alcohol problem is “likely to remain under control,” which requires showing that he or she has both the commitment and ability to remain alcohol-free for life.

In other words, a person has to prove to the Michigan Secretary of State that he or she has been sober for a “long enough” period of time, and that he or she is a safe bet to never drink again.

This makes sense when you understand that, under Michigan law, a person’s license will automatically be revoked for 2 or more DUI’s, and that, as a consequence of those DUI convictions, he or she is categorized as a “habitual alcohol offender.”

This designation – “habitual alcohol offender” – also carries with it a legal presumption that the person does, in fact, have a drinking problem. This is why the driver’s license rules are written as they are. For reference, here is the key part of Rule 13, the main rule that governs license appeals:

Note that at the very beginning of the rule, the hearing officer is instructed to “not order that a license be issued” unless the person proves his or her case by “clear and convincing evidence.”

Note also that the criteria for granting an appeal (alcohol problem “under control” and “likely to remain under control”) is clearly spelled out, but that there is no mention whatsoever about not having had a license or having stayed out of trouble, precisely because those things are complete non-issues.

The Secretary of State’s job in driver’s license restoration cases is to screen everyone who files a case in order to identify those people who can show they have really quit drinking, and are likely to never drink again.

To put it simply, the whole point of the license appeal process is to make sure that the only people who DO get back on the road are people who do NOT drink.

People miss this point all the time.

Think of it this way: after taking someone’s license because they’ve racked up 2 or more DUI’s, the Secretary of State interprets the law as making it very clear that the only people who will get it back are those who can prove they’ve given up alcohol and are a safe bet to never drink again.

Stay with me here, because we’re looking at the meat and potatoes of the license appeal process: the Secretary of State knows that people who do not drink are exactly zero risk to drive drunk again. No matter how you cut it, non-drinkers are the least risky to drink and drive precisely because they do not drink.

I know that’s kind of a “duh” statement, but it’s also key to winning a license restoration or clearance case.

The main thing in any license appeal is proving to the state that, no matter what someone did in the past, he or she is as low a risk as possible to do it again.

This means a person must prove that he or she has quit drinking for good.

In the real world, only a minority of people actually do get and stay sober for life. Many people confuse the idea of “sobriety” with some notion of drinking less, or otherwise being really committed to not drinking and driving. That’s not sobriety by any definition.

To be clear, the Secretary of State is looking for genuine sobriety – the kind that follows when a person has simply had enough of the trouble caused by their drinking and then decides to completely eliminate alcohol from his or her life permanently.

The state has absolutely NO interest in someone trying to explain how or why they still drink, even with qualifications like, when they do drink, it’s not like I used to, or only every once in a while, or only on special occasions, or only at home, or that they only have a glass of wine with dinner here and there, or only when someone else is driving, or anything else.

You must be done with drinking to win a driver’s license restoration appeal. Period.

Consequently, it doesn’t matter to the state how many years a person has gone without a license. If it’s been 40 years, but a person can’t prove he or she has been alcohol-free long enough, and that he or she is likely to remain sober for good, then it’s game over.

This is true even if a person has not been in a stitch of trouble during those 40 years.

We regularly win cases for people who have only gone a few years without their license, but who have also been sober that whole time. Remember, our firm guarantees to win every license restoration and clearance appeal we take, so we put our money where our mouths are in that regard.

Our guarantee means we stick with a case until it does win, but underlying that is the reality that we make our money winning them the first time around, not having to come back and do the whole thing all over again (for free) the next year, as some kind of “warranty work.”

As a result, we are careful in the way we screen potential clients. We’ll only take a case if it can be made into a winner.

Thus, we have to ask some tough questions about the last time a person consumed alcohol, and his or her commitment to remain alcohol-free. In the process of going over these things, we frequently encounter people who mistakenly think that having stayed out of trouble, or not having has a license for a long time has anything to do with being able to win it back.

As I’ve been saying, it doesn’t.

If I haven’t been clear enough by now, then I’ll try and put it differently: The ONLY thing that matters when it comes to winning a Michigan driver’s license restoration or clearance case is being able to prove that you haven’t had a drink for a “legally sufficient” period of time, and that you have the commitment and the tools to stay sober for the rest of your life.

Nothing else matters, and that includes not having been in any kind of trouble or not having has a license for many years, or anything else.

Of course, a person must be legally eligible to file a license appeal in the first place, but if he or she is unclear about that, my team and I can make that determination in a matter of minutes by reviewing his or her driving record – something we’ll do for anyone, and without cost.

Although it’s not my intention to seem unsympathetic to anyone’s frustration about not having had a license for a long time, it really is more important to make clear that such sympathy not only doesn’t matter, but is counter-productive.

As I have been explaining, winning a license appeal is entirely about proving sobriety and nothing else. It is completely unhelpful for some lawyer to not make that crystal clear, up front, and/or otherwise gets caught up in commiserating with a potential client about their situation.

Sure, it sucks to be without a license, but to win it back, you have to meet the state’s established criteria, and nothing less will do.

If you are looking for a lawyer to win your license back, or to obtain the clearance of a Michigan hold on your driving record so that you can obtain a license in another state, be a smart consumer and do your homework. Take your time and read around to see how lawyers explain the license appeal process, and how they explain their approach to it.

When you’ve done enough of that, start checking around. My team and I take cases for people who live anywhere in the state, the country, and even the world (we actually do have clients who live outside of the United States), as long as their revocation is in Michigan. All of our consultations are free, confidential, and done over the phone, right when you call.