My last blog installment was a 2-part article in the driver’s license restoration section of this blog was about about how every Michigan resident who wins back his or her license must drive for at least the first year with restrictions. In that article, I pointed out that an ignition interlock unit is also required for that first year, and I promised to examine how that works in a separate, upcoming piece. This is it. In a sense, the interlock might just be the hardest simple thing you will ever have to deal with. In this 2-part follow up, I want to explain a little bit about what it’s like to “get on” the interlock, what you can expect while using it, and pass on a few tips to avoid screwing it up, as well. To be clear, NONE of this applies to someone who is not a Michigan resident. If you don’t live in Michigan, but have a Michigan “hold” on your driving record, the Michigan Secretary of State (SOS) cannot issue a license to you. Instead, if you win your license appeal, the SOS, through its administrative hearing Section (AHS) will remove the hold. This is technically called a “clearance,” and getting it allows a person to get a full license in whatever state he or she lives. Michigan residents, however, must always start out with a restricted license and use an interlock for at least 1 year before they can appeal again for a “full” license, and there is NO way around this. 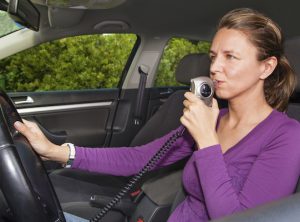 The way it works is that when you receive the order from the Secretary of State granting your appeal, it contains instructions about how to get an interlock on your vehicle (it doesn’t have be in your name or even be “your” vehicle, but it’s best if you’re the only one who will drive it because whoever does has to know how to use the interlock, and you’ll be held responsible for any problems with it, even if caused by someone else). You’ll have to use one of the providers approved by the state. You must get the interlock installed and take proof of that to a Secretary of State branch office before your restricted license will be issued. I’m often asked how much the interlock costs; although they vary, a person can count on spending between $70 to about $100 per month. There are always deals on installation, and my office provides coupons for discounts to all new clients. It’s not dirt cheap, but it’s not a bank-breaker, either, and you only have to do it for a year.

Sounds easy, right? In a sense, it is, and of course, my office is always available to help any of my clients at every step along the way, from helping find an interlock provider to handling problems in order to avoid a violation while using it. The cold truth, however, is that some of the interlock providers don’t do a great job of explaining how the device works. A client once said that he knew this whole thing was going to be a challenge when he saw that the “technician” assigned to install the unit and teach him how to use the device was seriously into “ear stretching” and had obviously been into “gauging,” meaning sticking ever-bigger discs in his his earlobe holes, for quite some time. I’m sure that wasn’t a sight to inspire confidence. It’s not always like that but I’d also certainly caution against  showing up at the interlock place and expecting to meet someone in a clean, white lab coat, either.

When you are required to use an interlock, it’s like a kind of “two-fer,” meaning that you have a safety device on your car AND you are also under an agreement with the SOS that requires you to do (and not do) certain things while you have it. Let me explain; perhaps the first and most important function is that an interlock unit prevents the car from starting if a person has a BAC greater than .25. That’s the safety part. To have won your license back, however, you must have proven to the Secretary of State that you’d quit drinking for a certain amount of time, and, more important, that you are a safe bet to never drink again. From the state’s point of view, the interlock not only keeps the vehicle from being started and driven by anyone with a BAC of more than .25, it also serves to monitor a person to make sure he or she isn’t drinking by detecting whether he or she registers any BAC score whatsoever.

It does this by “going off” and requesting rolling retests every so often. The device will signal the driver to pick up the handset and blow into the mouthpiece. If this didn’t happen, then a person could simply have someone else provide a sample to pass the initial startup test and then drive home even though her or she had been drinking.  The intermittent signals to provide another breath sample prevents a person from trying to fool the interlock and make sure he or she remains alcohol-free, at least as long as the car is running.

As does the camera. For nearly 2 years now, Michigan law has required that all interlock units have a built-in camera to make sure that the person on the restricted license is the one providing the breath samples. Recently, as I was talking with an AHS hearing officer, he told me that he had personally seen interlock pictures where the handset had been passed into the backseat of the vehicle and the driver was having a child in the backseat blow into it. Presumably, the driver had been drinking. That, or he was incredibly stupid. There is a flip side to this, however, and it’s a good one. If someone borrows your car and screws up the interlock, either by failing to take a retest or providing a positive sample, then the picture will show you’re not to blame. Of course, positive test results provided by someone else may give rise to questions about why you’re hanging around with people who drink, but that’s not nearly as bad as having to explain why you failed or missed the test.

Even if a person doesn’t have any trouble starting the vehicle, the presence of alcohol in his or her breath sample creates problems. Someone who has a beer with lunch or dinner may not have a BAC too high to drive, but the state will nonetheless be able to see that the person isn’t abstaining from alcohol. The same holds true for someone who had a few drinks the night before and who tests positive for alcohol in the morning. Maybe the person’s BAC is low enough to get the car started, but it will also be clear from the interlock test results that the person was metabolizing alcohol he or she had consumed. This, by the way, shows up very differently from a positive reading that goes down very quickly, and in a way that is consistent with incidental contact with alcohol, like when someone eats certain foods, uses hand sanitizer, or has used mouthwash too soon before getting in the car (that creates “mouth alcohol” which dissipates (evaporates) much faster than alcohol that has been ingested). It’s usually pretty easy to tell the difference between a reading for alcohol that was consumed and those for things like mouth alcohol or hand sanitizer.

Still, it’s best to avoid testing positive for alcohol. It’s not that hard to accomplish. Beyond merely not testing positive for alcohol, the other big part of the deal with the interlock is that a person is obligated to provide a breath sample whenever requested to do so, and that includes while driving. In other words, above and beyond everything else, a person is expected to use the interlock as directed. When it goes off, you are supposed to blow. Period. This seems rather straightforward, but, as we all learn, life has a way of getting in the way of itself, and that leads right into a problem spot that many people don’t understand, and that the providers probably don’t even think about, much less explain. Consider the following hypothetical:

If Sober Sam is driving down the road one day and his interlock unit requests a breath test, as we know, he must comply and provide one. Now, even if Sam honestly hasn’t consumed alcohol in more than 7 years, if he misses that test (maybe he didn’t hear the device signal him to blow), he will be violated and lose his license all over again. A single missed rolling retest will result in a formal violation. Assume that this happens, and Sam appeals the violation and shows up at his hearing with a PBT (breath) or EtG (urine) test, timely obtained, that proves he hadn’t been drinking on that day. While that’s good, and, at least for his first violation, will likely help him get through it, just proving he didn’t drink doesn’t fully excuse Sam from NOT blowing into the interlock unit when requested.

To put this another way, Sam has a kind of agreement with the Secretary of State that, in exchange for granting him a restricted license, requires him to blow into the interlock unit whenever he is asked to do so. Of course, the reason for these tests is to make sure he hasn’t consumed any alcohol, but the real essence of the deal is that Sam must to blow provide a breath sample when one is requested. Accordingly, the state won’t tolerate someone skipping any tests, even if they later provide solid proof that the weren’t drinking. In Sam’s case, for example, it’s not good enough that he simply doesn’t drink, and didn’t drink on the day he missed his test. Sam cannot just skip testing, and then go to some clinic at night, take a urine test proving he didn’t drink, and expect that nothing will come of those missed tests. Above and beyond everything else, Sam’s violation is for missing the test, not for testing positive for alcohol. No matter what the circumstances or reasons, a person who misses a rolling retest WILL be violated and his or her license WILL be revoked all over again. That may be cold, and unfair, but it’s also clear and simple.

We’ll stop here for now and pick back up in part 2 by finishing our examination of missed interlock tests and then move on to look at a number of other important factors about using this device, including the problem of positive alcohol test results, how to avoid a violation, and what to do when things go wrong.