In part 1 of this article, I made clear that anyone who wins a driver’s license restoration case and is a Michigan resident must spend at least one year driving on a restricted license, using an ignition interlock (a subject we’ll examine in an upcoming installment).  A non-resident of Michigan, but with a Michigan hold on his or her driving record, must present the exact same evidence to win a clearance of that hold.  Because Michigan cannot issue any kind of license to a non-resident, getting a clearance enables him or her to go and get a “full” license in whatever state they live.  We next saw that for Michigan residents, however, there is absolutely no way around starting out with a restricted license (and interlock) for at least 12 months after you win your license appeal.  We concluded by listing the 5 provisions of a restricted license, explaining that the 5th (things ordered by a sentencing court) doesn’t apply to anyone winning a license appeal, and then moving on to briefly examine the scope of a person’s ability to drive for employment and medical purposes.  Here, in part 2, we’ll pick up by examining, in turn, remaining 3 provisions of a restricted license, and how the terms of those restrictions can be modified. 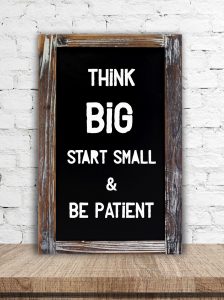 The restriction for educational (school) purposes (to and from any school or educational program of the person holding the license) allows a person to drive to and from any kind of formal schooling.  And to be clear, this third restriction means that while a person can take a class in art appreciation at the local community college and can drive him or herself to and from it, he or she cannot take their own kids to school, nor even drive a sick child to something as important as lifesaving kidney dialysis.  While there is no limitation on a person’s ability to drive to and from school, the rule does not allow a person to drive for school, so if a teacher orders everyone to do a field trip to a local museum, the restricted license does not cover that.  In other words, unlike the restriction for employment, that allows a person to drive to, from, and during the course of (meaning for) work, the school restriction only permits driving to and from school, not during the course of anything required (i.e., for) it.

The support group restriction (to and from any support groups), like that for school and medical treatment, enables a person to drive “to and from” any recognized support group meetings, like AA.  There are other sobriety support group programs other than AA, and the terms of a restricted license permit a person to drive to them, as long as the group is one that is legitimate and “recognized.”  It’s easier to figure out what is not recognized rather than name off every legitimate group out there.  Thus, a person cannot create and attend “The Sober Monday Night Football Watchers” or anything like that.  The “to and from” means that you can go from home to the meeting, and then back home thereafter, but if a group of people goes out after the meeting for coffee, or to get a bite to eat, that’s not permitted.

Being allowed to drive to your interlock provider for necessary service is essentially is rather straightforward, if not outright self-explanatory.

That’s it.  There are no other allowances for a restricted license.  This can be harsh, and inconvenient.  It is sometimes best to think of a restricted license as a kind of half-step to driving again, and it is not intended, nor does it, usually, provide enough flexibility that most people need to get by without using some other source of transportation, as well, or having someone drive you to certain places.  “To, from and during the course of employment” means that if you wear a suit to work, you cannot stop off and take it to the dry cleaners.  Similarly, there is no provision for getting food; if you live alone and you are a stickler for complying with the terms of your restricted license, then you’ll have to get a ride from someone else to go to the grocery store.  In fact, there is no provision to put gas in your car, but I’ve never heard of anyone getting in trouble for that.  Whatever else, you can take these restrictions with a little common sense, but do understand that they only amount to a half-measure.  Whatever else, a restricted license is NOT intended to provide a person with the ability to drive normally.  In other words, it’s not a “probationary” regular license, it’s a half-step that comes with serious limitations.

Now here’s the catch.  There’s always a catch, isn’t there?   At least this is a good one: sometimes, a hearing officer will grant a restricted license that is time-based, or, as I’ll explain later, a modified restricted license that allows the person to drive for all of the stated purposes outlined above along with a time allowance.  We’ll get to that, so don’t worry that it doesn’t make any sense right now.  Understand, however, that the default restricted license most people get is limited to what we’ve described above.  Unless specifically stated otherwise, if you win a restricted license, it’s the one we’ve just finished examining.

A time-based restricted license is given for a certain block of time (for example, say 6:00 a.m. until 7:00 p.m.) and allows the person to drive for any reason during those hours.  In other words, the ONLY restriction a person has with a time-based restricted license is that he or she must not drive outside of the stated hours, but may drive for any reason whatsoever within them.  This means that someone granted a license from 6:00 a.m. until 7:00 p.m. cannot drive to an AA meeting if he or she won’t be home by 7:00.  Thus, it doesn’t matter why you drive within the specified hours, but it also doesn’t matter why you’d drive outside of them, because that’s not allowed – period.

This kind of license can work for some people, like those with a regular 9 to 5 type job.  One of the benefits it provides is that the person can take the kids to school and go grocery shopping.  Heck, a person can just drive around for the sheer joy of it if he or she wants to, as long as they do so within the specified hours.

In certain cases, the hearing officer may award a modified restricted license, meaning one that is both time-based AND allows a person to drive at any time for certain, specified purposes.  In practice, when this kind of license is awarded, it’s almost always fashioned to allow a person to drive during certain stated hours, and then before or after those hours for work purposes only.  Imagine, for example, that Sober Sally is an on-call nurse who is also a single mom.  The hearing officer may allow her to drive from 6:00 a.m. until 7:00 p.m. for any reason, and also to drive outside of those hours ONLY to get to and from work.  This allows her to take the kids to school and buy groceries, but also to rush to the hospital if she’s needed at 2:00 a.m. for an emergency.

Notice that in the hypothetical above, I made Sober Sally a single mom.  Everyone would want the kind of license Sally got, but that’s not how it works.  The overwhelming majority of people are going to be awarded the classic, purpose-based restricted license.  Absent some compelling reason to order otherwise, and subject entirely to the discretion of the hearing officer, almost everyone winds up with that default (classic) restricted license.  Even so, and as the old saying goes, it doesn’t hurt to ask.

If your license has been revoked and you have honestly quit drinking, I can make sure you slip a valid license back into your wallet.  If you’re looking to hire a lawyer to get either a clearance, or have your Michigan driver’s license restored, do your homework, read around, and then check around.  I guarantee my results, so if I take your case, you’re getting back on the road, pure and simple.  All of my initial consultations are done over the phone, right when you call.  You can reach my office at 586-465-1980.  We are here to help, Monday through Friday, from 8:30 a.m. until 5:00 p.m. (EST).