The previous articles in what I’ve been calling this “loose series” (LS) about the the Michigan driver’s license restoration and clearance process have covered just about every step, from my first meeting (LS1) with a new client, the substance use evaluation (LS2), letters of support (LS3), the legal standard of proof by which the evidence is considered (LS4), the hearing officers (LS5), the hearing itself (LS6), and, in our last piece, the preparation for the hearing (LS7). In this segment, I want to look at the kind of license you win when all those steps have been taken, and how that all works. In years past, that would have been almost as easy as saying something like, “You win a restricted license and have to use an ignition interlock for at least a year.” While that is still mostly true today, there is a whole range of licenses, time requirements, and some other things that are key to understanding what kind of license you win back. 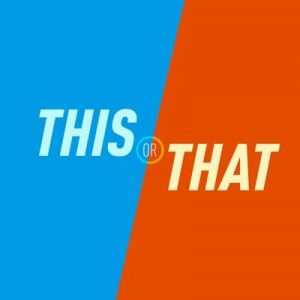 To keep this as simple as possible, and before we get into anything else, let’s clarify the most common situation: if you lost your license for multiple DUI’s and are currently revoked, there is only ONE kind of license you can get at first, and that’s a restricted license requiring use of an ignition interlock. In other words, The Michigan Secretary of State, through its Administrative Hearing Section (AHS) cannot, and therefore will not, no matter what anyone else tells you otherwise (I’m 100% right and anyone who says differently is 100% wrong) start you out with a “full” license. You must first drive for at least a year on a restricted license with an ignition interlock installed in your vehicle. There are no exceptions to this whatsoever.

Hearing officers have a certain amount of discretion in the scope of their licensing decisions. In fact, one of the few limitations on that applies to someone who is currently revoked. As we’ve noted, such a person cannot be granted anything other than a restricted license and must use an ignition interlock for at least a year before he or she can apply for a “full” license (the technical term for that is called a “change and removal of restrictions”). The process of getting the interlock installed is rather easy. When you receive your notice from the state that you’ve won your appeal, it also contains a list of the approved vendors. They are all rather similar, and all charge roughly the same. Because they’re competing for your business, they make the process as simple as possible, and specific instructions as to how to get the unit into whatever vehicle you’ll be using are included the order granting your appeal.

Imagine, for example, that Sober Sam won his original restoration case and was granted a restricted license. After having driven with his restricted license and interlock unit for a year, he has now filed for his “full” license. One of the required documents that must be filed in a “change and removal” case is an interlock final report. This document is generated by the interlock company (it has a raised seal) and summarizes a person’s performance on the interlock unit for the last year, and details any problems that may have occurred, such as start-up failures or missed rolling retests. Assume that Sober Sam has never had any major violations, but, as his final report shows, has had 3 start-up failures (occasions where the vehicle wouldn’t start because the operator’s breath tested positive for alcohol at a level greater than .25) over the course of the last year. If he comes in and explains these events and also brings in the appropriate PBT or EtG test results showing that he wasn’t drinking when those test results occurred, it’s likely that the hearing officer will ignore his positive tests and grant him a full license.

If Sam doesn’t have breath or urine test proof for all of his positive start up tests, but his explanation is still plausible, and although the hearing officer may not be overly impressed by them, he or she may simply continue Sam on his restricted license for another year, essentially denying his full appeal but not totally revoking his license. He’ll be instructed to do better for the coming year, and to come back with a “clean” report.

If Sam doesn’t have any PBT or EtG tests to show he wasn’t drinking and his explanations for testing positive for alcohol and preventing the car from starting fall far short of believable, the hearing officer may, and has every legal right to find that Sam shouldn’t be driving anymore and can simply revoke his license entirely. In other words, the hearing officer can order that restricted license become one that’s full, and unrestricted, or can require the person to continue driving on it, with the interlock unit, for a longer period of time, or can simply re-revoke all driving privileges.

Charted out, what the hearing officer can do looks like this:

As this “loose series” is about providing a more topical analysis of the various steps in the license appeal process (all of these subject are covered in detail in many of my many other driver’s license restoration articles), this covers what you need to know about the kind of license you win. In our next installment in this series, we’ll take a look at ignition interlock violations.

If you need to hire a lawyer to win your license back or to get a clearance of a Michigan hold on your driving record, I can help. I guarantee to win every case I take, although I really do require that a person have honestly quit drinking for me to take his or her case. If you’re sober, I can get you back on the road. If not, maybe I can say something that will help you tip the scales in favor of not drinking so that you can become a serious candidate to get your license back sooner, rather than later, or not at all. You can reach my office, Monday through Friday, from 8:30 a.m. until 5:00 p.m., at 586-465-1980 All consultations are confidential and done over the phone, right when you call.