As Michigan driver’s license restoration lawyers, there is one New Year’s resolution that we love to help people with – getting back on the road again. A new year is the right time for a new beginning, and there are few better ways to start off than through regaining one’s independence by being able to drive, and not having to rely on other people to get around. There is an irony to this, however, because in order to be able to celebrate a license appeal victory, a person will have had learn how to “celebrate” New Years while sober, and without alcohol. 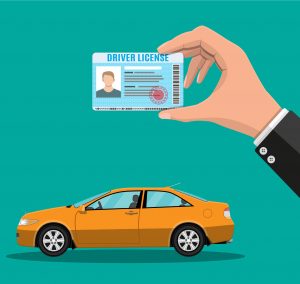 Ultimately, every person who has lost his or her license after racking up multiple DUI’s is going to have to decide what is more important in life: continuing to drink, or a life without alcohol, and being able to do things like drive again. Once a person has had his or her driver’s license revoked for drunk driving, he or she can’t have both. By law, a person can’t win a license appeal unless he or she has been completely abstinent from alcohol and drugs for a “legally sufficient” period of time (more on that later) and can also demonstrate the ability and commitment to remain clean and sober for life.

It’s a given that everyone whose license has been taken away wants it back. The catch, however, is that the only people who can actually win it back are those who have honestly given up drinking and have what it takes to remain completely abstinent for life. For these people, there is no New Year’s resolution bigger than the one they made when they finally quit drinking. The decision to quit, though, always comes about after a lot of thought, and regrets, and always follows any number of failed attempts to cut down, control, or otherwise limit one’s drinking.

For a person to have a real chance to win back his or her license from the Michigan Secretary of State, he or she must already have experience at making and sticking with important resolutions – like getting sober. The license appeal process is complex, and can be very demanding, but it’s nothing compared to the complete transformation a person experiences in going from being a drinker to a non-drinker. No matter what “help” someone may get to do that, all of the real work of getting sober always falls squarely upon his or her shoulders.

Anybody who is sober knows that, just as much as no one can get sober for you, you can’t get sober for someone else, either. This is a decision you must make for yourself.

That said, for every person who does get sober, there is always something – the proverbial straw that broke the camel’s back – that tips the scales in favor of quitting drinking.

Put another way, right before anyone does finally decide to quit drinking, there is always some thing – some reason – that makes him or her think, “enough,” and being completely ineligible to even have a chance to win back your driver’s license because of drinking is as good a reason as anything else.

Here’s a true story that illustrates my point:

Some years ago, I was meeting with a driver’s license restoration client, and I got to the point in our first meeting where I asked him what really made him decide to quit drinking.

I was rather taken aback, and he must have sensed that by the look on my face, so he quickly jumped in to explain. He said it wasn’t really me, per se, but rather my office, meaning our firm. He told me that, some years before, he had called us, and has spoken with Ann, our senior assistant, about getting his license back.

At the time, he was still drinking, and, like so many other people, thought he had everything figured out.

When Ann start talking to him about sobriety, and how it was an absolute first requirement to win a license appeal, he pushed back, and said the kinds of things we hear all the time from people who aren’t yet ready:

Ann went on to tell him, as I often point out in many of my other articles, that absolutely NONE of those things matter a bit, and that the entire point of the driver’s license appeal process is for the Secretary of State to make sure that the ONLY people it puts back on the road are those who are genuinely sober, and who are committed to remaining sober.

The legal process is specifically designed to screen out not only anyone who still drinks, but also anyone who so much as even thinks he or she can ever drink again.

The guy told me that when he first spoke with Ann, he got mad, and wound up hanging up on her. Although it’s not polite, that kind of behavior isn’t altogether uncommon from people who are still drinking.

He said that time went on, and he continued to drink, but every once in a while, he’d check back on this blog and read some of my articles. He noted that some of the things I often write about sobriety stuck with him, and noted that at one point, he had to admit what he’d read about drinking not being fun anymore was true for him.

One day, he had his big epiphany: He needed to drive somewhere, and had no way to get there. In that moment, he said, he came to the realization that there he was, unable to drive precisely because of his drinking, and it was then that he suddenly saw what had been obvious all along – that alcohol was the common decimator to all the problems he had, and, of course, the specific reason he couldn’t drive.

Yet that despite that, he had chosen drinking over everything else all along.

When that light switch flipped for him, he instantly realized that the only way for him to move forward in life was to finally quit drinking. He had, of course, tried every way possible up to that point to manage his drinking, but for all of his efforts, nothing worked.

And to be clear, they never do, for anyone.

For him, just like everyone else, drinking had simply become something he did out of habit and routine, more than anything else.

Another client once put it like this to me:

When I was younger I drank to have fun, and pretty much all the time I was having “fun,” there was drinking. When I got older and had to stop, I realized that I had never really learned to have fun without drinking, and that drinking itself wasn’t fun anymore and had become more of burden and a habit over anything else. I had to learn how to have fun without alcohol. At first, I wondered if that was even possible, but what I found out was that I had way more fun without alcohol than I had ever had with it!

I’m sure that a lot of people can identify with that.

The guy in my office actually followed through with his decision, though, and did quit drinking, and then embraced a sober lifestyle.

He waited a few more years,, and then called us back. One of the most revealing things he shared was that, by getting sober, so much had gotten better in his life, including his attitude, that although he knew he could do even more by being able to drive again, things had already improved dramatically in the meantime.

For many people who do get sober, getting back their driver’s license is often the last piece of the puzzle to fit back into their rebuilt lives. And to be clear, for most people, that “rebuilt” life is a HELL of a lot better than their life was before they got sober.

We’ll stop here, and return in part 2 – next year – to finish up this discussion.