The last formal step in a Michigan driver’s license restoration case is the hearing. Although it is very important, the hearing should never be something that a person dreads, or fears. In this article, we’re going to talk about preparing for it, and examine why that really begins from day one of a license restoration and clearance case. That may seem like a generic, almost meaningless statement, but it’s not. In license appeal cases, as with so many things, the key to success lies in the preparation. To borrow a line that applies here, “good work is the key to good fortune.” 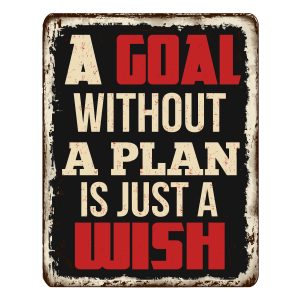 In that vein, one thing that gets overlooked all too often by lawyers who don’t concentrate in license restoration or clearance cases, as our firm does, is the critical value of always paying attention to the fundamentals. Cases are won by putting in the time on the “grunt work,” meaning the mundane and regular tasks. No matter what the job, it’s easy to become complacent and do the routine work on “auto-pilot,” but in license appeal cases, that can prove fatal. Instead, we keep our focus sharp and concentrate on all those little details that, when put together, become the foundation of a winning case.

An important part of what my team and I do is to separately prepare every client for their hearing. We usually do this shortly before (typically, the day before) it takes place, so everything will be fresh in his or her mind. This is nothing special, however, and we see it as being fundamental, and as basic a requirement as it is for a medical person to use an alcohol swab and wipe the spot on a person’s skin where blood will be taken, or an injection given. Indeed, any lawyer who doesn’t thoroughly prep the client for his or her license appeal hearing is seriously underperforming.

A key part of the hearing is, of course, the hearing officer. There are currently 9 hearing officers within the Michigan Secretary of State Office of Hearings and Administrative Oversight (OHAO). When a case is filed, it is assigned to one of them at random. It will help to understand a little about their role before we explore anything more about the hearings.

Ultimately, every Michigan driver’s license restoration and clearance appeal is decided by 1 of these 9 hearing officers. They are lawyers, and although they technically carry the title “administrative law examiner,” in practice, they largely have the same authority as administrative law judges.

The hearing officers admit and consider the evidence in every case pursuant to specific rules that govern the whole license appeal process. Accordingly, all of them are going to be looking for answers to a large group of the same questions.

However – and this is critically important – each hearing officer is also an individual, and there will always be some things that, while important to one, couldn’t matter less to another, and vice-versa. Thus, when a hearing is held, each of them will have their own, particular questions, as well.

Of course, preparing a client for a hearing involves going over all of these things.

Yet there is a lot more to this than just some kind of rote “drill” about what questions are going to be asked by the assigned hearing officer. It may sound trite, but the fact is, every person who files a license appeal has his or her own unique recovery story, and that story is, without question, the very theme of his or her case.

It’s our job, as the lawyers, to make sure we flesh out that story with the client because it’s the very basis of his or her case.  Accordingly, it’s a critical mistake to think that preparing a person is just about dragging him or her into the hearing trying to remember the questions that are likely to be asked.

Instead, we help our clients think back on his or her decision to get get sober, and then remember how life changed as a result. Nobody quits drinking because it’s working out so well, and there is always a buildup and a backstory to someone finally deciding they’ve had enough.

Everyone’s experience is different. When a person gets sober, and no matter what struggles they had along the way, there comes a point when they just can’t take it anymore, and finally decide to quit drinking for good. What makes sobriety different than just “quitting” is following up on that decision by sticking with it.

Not to be funny about it, but lots of people quit drinking all the time. It’s the sticking with it part that’s hard. Lot’s of people “quit,” or decide to lay off alcohol, only to go back to drinking and finding themselves right where they left off. When someone finally does give up alcohol for good, there is usually a history (sometimes a long history) of unsuccessful attempts to control, cut down, limit and/or manage his or her drinking that never worked out.

The reason those attempts don’t work out is because they can’t. Once a person crosses a line into problem drinking, the only “fix” is to stop for good and adopt a life without alcohol. Many people don’t ever get this, and waste years trying to “control” something (i.e., a troubled relationship to alcohol) that simply can’t be managed.

Those who finally accept that the only way to move past a drinking problem is to quit for good are the lucky ones.

Some of them get the help and tools they need to to do this by going to AA or counseling.

Others may have gone to counseling and/or AA before, without success, but suddenly find themselves able to use some of the things they picked up from when they did go.

A fortunate few may not have to think about any of this very much because when they finally do hit that wall, they just knew they were out of options and that quitting was the only choice.

As far as a theme of the case goes, people who are or were previously involved in AA or group therapy can sometimes have an easier time explaining their recovery in terms of it being a story, simply because they’ve spent a lot of time talking about it.

Here, the reader should note that it is not necessary to be, or to ever have been in AA in order to win a license appeal case. The vast majority of our clients are NOT in AA, and our firm guarantees to win every Michigan driver’s license restoration and clearance appeal case we take.

That said, having spent some time in AA and having picked up anything one uses to help stay sober can, of course, be helpful in the context of a license appeal, beyond just being able to talk about one’s drinking and sobriety history.

Whether someone has spent a lot of time talking about his or her recovery or not, our job, as Michigan driver’s license restoration lawyers, is to draw out and shape that story into the framework of a winning license appeal. This will impact every part of the person’s case, from start to finish.

In that way, we have to start preparing for the hearing from day one. It is a critically important part of putting a case together to bear in mind not only the common areas of interest that are shared by all the hearing officers, but also those that are idiosyncratic, and specific to each.

In other words, we need to be very mindful of the one thing that might fly with 8 of them, but won’t with the 9th. Thus, a case needs to be built in a way that it will succeed with all of the hearing officers, and also in a way that won’t fail with any one of them.

For example, there is 1 hearing officer who is very particular about the letters of support. Some letters that would be good enough for all the other hearing officers won’t cut it with this one individual. That has to be taken into account as the case is being put together.

When all is said and done, every case that’s ready to be filed should be good enough for any and all of the hearing officers.

Once a case has been filed, it gets assigned to one of them.  Thereafter, we’ll be notified of a hearing date, and learn which hearing officer will be presiding over it.

Our practice of separately “prepping” the client the day before his or her hearing has been consistently validated by our experience in handling over 200 license matters every year. As noted above, preparing the client is not merely about providing him or her with a list of expected questions and answers, but rather going over the theme of their case so that no matter who the hearing officer, or what the question, he or she will do well.

Of course, underlying all of this is the assumption that a person really is sober and is telling the truth about it. The whole notion of a person having a recovery story and it being the theme of his or her case is not BS.

In fact, our firm carefully screens every potential client to make sure they really are sober because we guarantee to win every driver’s license restoration and clearance appeal case we take. If we don’t win the first time around, then we’re obligate to go back to the Secretary of State until we do.

To be blunt about it, we count on earning our money winning on the first try, NOT by having to come back and do the whole thing all over again, for free, as “warranty work.” As much as our guarantee protects someone from risking his or her money, it also protects us from being tempted to take any case that can’t make into a winner, even when someone is willing to pay.

Accordingly, we are as invested as our clients in winning the first time around. For us, that means that we’re not interested in taking any case for a person who isn’t genuinely sober. To be clear, “sober” means “clean and sober,” and includes NOT using recreational marijuana, either.

My team and I know how to win, and an important part of that is preparing each client for his or her license appeal hearing.

If you are looking for a lawyer to win back your driver’s license or obtain he clearance of a Michigan hold on your driving record so that you can get a license in another state, be a wise consumer and read around. This blog is a great place to start, and with more than 600 articles to date in the driver’s license restoration section, is has, by far, more information than can be found any and everywhere else combined.

Even so, do read around and pay attention to how different lawyers break down the license appeal process, and how they explain their various approaches to it.

Our firm can help you no matter where you live. All of our consultations are free, confidential, and done over the phone, right when you call. My team and I are very friendly people who will be glad to answer your questions, explain things, and even compare notes with anything some other lawyer has told you.