As a busy Michigan driver’s license restoration practice, our law firm is contacted every day by people interested in pursing a license appeal. Many of them find us online, see the volume of information we have put up about the driver’s license restoration process, read about our win-guarantee, and then call us, ready to pay and get started. What a lot of people miss, though, is that our guarantee not only protects the client from losing his or her money with us, it also protects us from taking and then getting stuck with a case that can’t win. 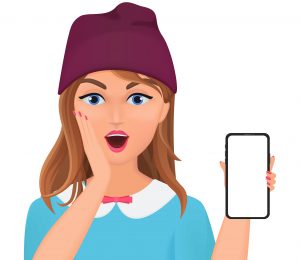 Our firm is in a position where we could really cash in if we didn’t have the integrity to NOT merely tell people what they want to hear and, instead, took every case that came out way. Everyone who calls our office wants to us to tell them that we win their license back, and we’d sure love to do just that. It would be easy to just agree with people when they explain how much they need to be able to drive again, and then take their retainers. An exploding practice fueled by happy people gladly paying our fees? What could be better than that?

However, my team and I are guided by conscience, and live by the Golden Rule to treat others as we would wish to be treated. We follow the mantra “do the right thing.” For us, that means telling people what they need to hear, and not just what they want to hear. Sure, being honest and not taking the cases that can’t win does costs us a lot of money, but it’s the right thing to do. We assume that when people call us, even though they want to hear that we can win their license back right away, they don’t want us to just say so – unless it’s true.

At least most of them.

And this is where we can often screen out the people who have the what it takes to eventually win a license appeal case from those who aren’t anywhere near being ready.

The key to winning a Michigan driver’s license restoration or clearance case is proving that you have given up drinking and are a safe bet to never drink again.

To understand this better, it helps to look at the relevant language from the Michigan Secretary of State’s main rule governing license appeals.

DON’T ROLL YOUR EYES JUST YET, because after setting out the legal stuff (and it’s not really that technical, anyway), we’ll examine it, in plain English and summary fashion to quickly sort out what it really means.

Now, here is the plain-English summary of what all that means in 3 short paragraphs:

1. The hearing officer must DENY any appeal that is not proven by clear and convincing evidence;

2. The person filing it must prove that his or her alcohol problem is “under control,” meaning that he or she has been completely abstinent from alcohol for a legally sufficient period of time, and

3. The person must also prove that his or her alcohol problem is “likely to remain under control,” which means that he or she must demonstrate both the ability and commitment to never drink again.

Before we go further, it’s important to note that in Michigan, anyone who racks up 2 DUI’s within 7 years or 3 within 10 years is legally categorized as a “habitual alcohol offender,” and is presumed to have an alcohol problem.

To boil this down even further, a person must prove to the state that he or she has been clean and sober long enough, and, as noted above, is a safe bet to never drink (and/or use drugs) again.

To put this in perspective, our firm generally requires a minimum of 18 months’ clean time before we’ll even consider filing a license appeal case.

In the real world, nobody quits drinking because it’s working out so well. People quit because things keep going bad and they eventually reach the point of having “had enough.”

However it happens, this “a-ha” moment is always preceded by a person finally realizing that alcohol is the common denominator to most (if not all) of the things that have been going wrong in his or her life.

Quitting drinking is easy – staying quit is the hard part.

Real, sustained sobriety often comes after a number of unsuccessful attempts to quit drinking. When it finally does stick, though, the transformation a person undergoes while getting sober is profound.

The transition from drinker to non-drinker requires sweeping changes to every aspect of a person’s life, and these changes are always good.

By contrast, when people continue to drink, nothing changes. They’ll often remain angry, and will frequently project the blame for their hardships and problems outward, upon anyone but themselves.

We can hear this loud and clear when we speak with people who are still stuck in that mindset.

That’s why I said that while everyone who calls us hopes they can just hire us to get their license back, most people don’t want us to just tell them that, unless it’s actually true.

There are some people, though, who don’t care about anything but getting what they want, and their anger flashes the moment they can’t. That’s almost always a sure sign that they’re not sober.

When we do have to deliver some bad news to someone, it’s understandable that he or she will be disappointed to learn that we can’t help them at the moment.

The difference is that, instead of instantly getting mad, sober people are most interested in hearing about what they need to do to be able to win, or how long they have to wait to file a license appeal.

Being disappointed doesn’t prevent a person from taking the time to learn why he or she can’t move forward with a license appeal and be able to win, and what they need to do to be in a position to do that.

Sober people will take this information to heart, and be glad that we didn’t just take their money to run and file a losing case.

This is where our guarantee helps keep us honest.

When we take a restoration or clearance case, our guarantee means that we stick with it until the person does win.

If we don’t succeed, then our guarantee acts like a warranty and means we have to do the whole case all over again, the next year, for free.

If we’re going to be really candid here, then it shouldn’t come as a surprise that our firm counts on earning our livings winning each case we take the first time around, NOT by plowing ahead with a case that can’t win, only to obligate us to do the whole thing all over again without charge the following year.

Thus, we ask questions precisely so that we don’t accept cases that we can’t make into winners.

Sure, if we did, we’d make more money in the short run, but in the long run, having to honor our guarantee means that we’d be headed for a truckload of frustration, headaches, and double the work.

The bottom line is that we’re in business to make money, and we certainly don’t do that by turning people away.

Sober people understand this. They may not be thrilled to hear what we have to say if we can’t take their case just yet, but they’re invariably grateful for our honesty.

By contrast, people who are still drinking often let their anger get the best of them, and say things like “This is bull$hit!”, or “how do they expect me to hold a job?”, or otherwise go on to tell us about someone they “know” who still drinks, or drinks more than they do, but nevertheless managed to get his or her license back, anyway.

Why would we want to upset people who stand ready to give us their money if we didn’t have to?

Sure, it would be great if we could just tell everyone what they wanted to hear (“all you need to do is set up an appointment, and we’ll start the process to get your license back!”) and get paid, but we can’t do that.

At least not morally.

Whatever else, I’d rather that our practice is known as ethical and honest rather than anything else. Every member of our team lives by that trusty old Golden Rule.

If you are looking for a lawyer to win back your Michigan driver’s license, or to obtain the clearance of a Michigan hold on your driving record so that you can get (or renew) a driver’s license in another state, be a good consumer and do your homework. Read around, and see how lawyers explain the license appeal process, and how they explain the way they do things.

When you’ve done enough of that, start, checking around. You can learn a lot by actually talking to a live person.