As Michigan driver’s license restoration lawyers, we have to correct a lot of misconceptions people have about the license appeal process. In the previous article, we saw how being legally eligible to file a license reinstatement case doesn’t translate to actually being able to win it. In this article, we’ll look at the broader concept of “misinformation,” some of which comes from people in AA. While it is a great recovery program,  some of the things said there are wildly inaccurate, particularly with respect to license appeals. 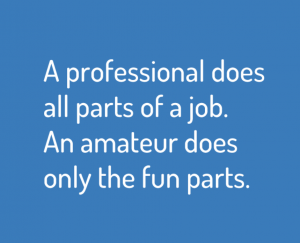 Let’s begin with AA in general: some people think that you need to be in AA to win a driver’s license restoration of clearance appeal. That’s 100% dead wrong. You do not need to be in AA to win license appeal case. My team and I guarantee to win every case we take, and most of our clients are NOT in AA. Unfortunately, there are even some lawyers who push this kind of misinformation. Of course, even having gone to a few meetings in the past can be helpful, but it’s rarely necessary.

Recently, we were retained to handle an ignition interlock violation by an existing client for whom we had previously won a restricted license. He is active in AA. As we were gathering information about his violation, he told us that a fellow AA member had told him that when he (the fellow AA member) went for a violation hearing, he was also granted his full license on the spot. This person told our client he should ask for the same. Of course, we had to tell our client that it doesn’t work that way, and then explain why.

Before we get to that, let me get to the larger point here: friends, family, and the people in AA probably mean well, but they are not driver’s license restoration lawyers. Even if someone has been through the license appeal process, that doesn’t qualify them as experts in it, anymore than having gone through grade school makes someone qualified to be an elementary school teacher, or having gone through surgery makes someone a surgeon.

AA people know about recovery, and, most specifically, their own recovery. In other words, they know what has worked for their sobriety, but it pretty much begins and ends there.

The fact is that most people who get sober manage to stay sober without AA, or any AA-like “community support” program.

now, let’s circle back to the recommendation my client was given, not just to show why it was wrong, but to demonstrate how when a person misunderstands even a small part of something, it can lead to him or her giving bad advice:

Let’s assume that the person who told my to try and “get” his full license did, in fact, win back his own full license at the time he appeared for an ignition interlock violation. That can happen, but only if the person going in for the violation had already filed the required paperwork for a full license before he or she was violated.

Under the law, the first (and biggest) consequence of an ignition interlock violation is that the person’s license gets revoked all over again.

The nuances of words and technical points of legal definitions matter here: a person who originally won a restricted license that was subsequently revoked for an interlock violation must first timely challenge and win that violation, and then be put back on a restricted license, before he or she can file an appeal for a full license.

The important detail here is that while his or her license is still revoked, he or she does not have legal standing to file for a full license. Therefore, anyone who ever did attend an interlock violation hearing and wound up getting a full license did so because he or she had already filed for the full license before he or she was violated and revoked.

This can get super technical, but if a person had already filed the necessary paperwork for a full license and would up getting an ignition interlock violation thereafter, and the hearing officer decided, at the hearing, to dismiss the violation, then his or her pre-existing filing for a full license could be considered.

Of course, even though a person may have previously filed for a full license, if the hearing officer doesn’t decide his or her ignition interlock violation on the spot, then there cannot be any consideration of, much less a decision upon the pre-existing appeal for his or her full license.

Also, even though he or she dismisses the interlock violation on the spot, the hearing officer can simply choose NOT to consider that previously filed full restoration case at that time. Of course, the appeal for a full license will remain “pending,” but a hearing on it will be scheduled for a future date.

This is rather detailed stuff, and that, in fact, underscores the very point of this article: people who don’t do this for a living don’t fully understand it all.

Someone at AA may be as honest and kind as a day is long, but he or she is not the person to go to for advice about license appeals. Sure, listening to his or her experience can be helpful, but it ends there.

On a similar note, people sometimes contact us and ask if they need a lawyer for a license appeal.

In the interests of being brutally honest, I have to ask, why would anyone ask us that? Does someone really expect us to say, “heck no, this stuff is easy; we’ll just give you a few pointers so you can try it on your own.”

That’s kind of like asking Paul the plumber if you need a plumber to install a new bathtub. What do you expect him to say?

If he is honest, though, he’ll point out that because this is the kind of work he has done all day, every day, for nearly 30 years, he’s exceptionally good at it, and that no “do-it-yourself” job will ever compare with his professional installation.

Likewise, when we’re asked by someone if they “need” a lawyer for a license appeal, beyond just saying “no,” we include in our answer that our services come with a guarantee to win all first time restoration and clearance cases.

While our first time win guarantee separates our office from almost every other, it certainly separates the advice we give from that of any well-meaning family member, friend, or fellow AA attendee.

Another confounding aspect of our work is to help clear up bad advice given by other lawyers.

We get calls all the time from people who relate something they were told by some lawyer about the license appeal process that’s totally wrong. Without a doubt, on of the most common thing they get wrong is, as mentioned earlier in this article, that you need to be in AA to win a license appeal. Rest assured: you don’t.

Beyond that, however, people call us while they’re still on probation, and are surprised when we tell them that, generally speaking, the Michigan Secretary of State requires that you are off probation or parole in order to be able to win a license restoration case.

It’s bad enough that most lawyers don’t know this, but it’s another thing when someone is following the not so “legal” advice of a non-lawyer who thinks he or she knows what they’re talking about.

The reality, however, is that people tend to believe other people, especially when they say they’ve been through or done essentially the same thing. What makes things worse, so to speak, is that almost without exception, the person offering his or her “advice” is well-intentioned, and usually giving that “advice” for free.

Unfortunately, though, free legal advice is usually worth exactly what one pays for it…

Recently, a guy called us and was surprised to find out how important his answer was to our question, “when is the last time you consumed any alcohol?” He had only quit drinking a few months back, and had spoken with another lawyer who didn’t explain to him that a certain minimum amount of clean time was legally necessary in order to be able to win a driver’s license restoration case.

For what it’s worth, there is no practical chance that a person can win a license appeal without at least 18 months’ of sobriety. Almost without exception, some of that must be what is called “voluntary” sobriety, meaning clean time when he or she was not incarcerated, or otherwise not under a probation order or parole condition to refrain from consuming alcohol.

Because we’re busy enough with viable license appeal cases, my team and I have neither the time nor the inclination to try and talk someone out of filing his or her own license appeal.

As it turns out, plenty of our clients are people who have previously tried before, either on their own, or with some lawyer who claimed to “do” license restoration cases (as opposed to concentrating in them), and then lost.

Instead of spending the time trying to warn someone away from trying a “do-it-yourself” appeal, it’s far easier for us to simply tell anyone so inclined to give it a shot, and, if it works out, then good for them, and they can never call us greedy or say we tried to con them out of their money.

If it doesn’t work out, though, we let them know that we’ll be here next year, when they can try again.

Nevertheless, anyone who is even thinking of trying it on their own and/or listening to the advice or personal experience of another person would be well advised to speak with a real driver’s license restoration lawyer before plowing ahead.

The takeaway from all of this is that despite the good intentions of anyone offering amateur legal advice, or their own practical tips about the driver’s license restoration process based upon their experience, it should be taken with a grain of salt.

The cold truth is that even if some well-meaning person does get it right, they do so more by luck, rather than by professional knowledge or experience.

If you are looking for a lawyer to either win back your Michigan license, or obtain the clearance of a Michigan “hold” on your driving record, be a good consumer, do you homework, and read around. Read what lawyers have written about the license appeal process and how they explain their approach to it. Compare that to the what those well-meaning friends say.

The best thing anyone seeking legal counsel can do is to check around. All of our consultations are free, confidential, and done over the phone, right when you call. My team and I are very friendly people who will be glad to answer your questions and explain things.