As Michigan driver’s license restoration lawyers, we guarantee to win every driver’s license restoration and clearance appeal case we take. To do that, we have to prove to the Michigan Secretary of State that a person has been abstinent from alcohol for a “legally sufficient” period of time (normally, we require someone to have been completely alcohol-free for at least 18 months before moving forward with a case), and that he or she is a safe bet to never drink again, meaning to stay sober. In this article, I want to examine real sobriety, and show what it has in common with – but how it’s also different – than mere abstinence from alcohol. 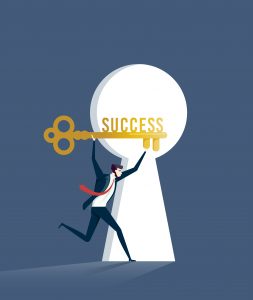 Sobriety is an important topic in its own right, but our discussion here will focus on the fact that it is THE critical thing needed to win a Michigan driver’s license restoration case. Unfortunately, while most people are familiar with what the terms “sober” and “sobriety” mean, their understanding is often incomplete. Of course, a person is “sober,” in one sense, if he or she is not intoxicated at a given time, but in the larger recovery world, “sober” means a lot more than just that. The importance of this goes beyond mere language, because the key difference between being abstinent from alcohol and truly sober is really the difference between being able to win a license appeal case – or not.

To anyone who has struggled with and ultimately recovered from a problem with alcohol, sobriety is not just the absence of drinking, it is really a state of being. It grows out of a person’s self-recognition that he or she has developed a drinking problem, and then made a firm decision to quit, and remain alcohol-free for life. In that sense, all sober people are abstinent, but not all abstinent people are sober. A person can have abstinence forced upon him or her, or otherwise choose to not drink for a period of time, but real sobriety requires a personal choice and commitment to never drink again.

In the real world, nobody quits drinking because it’s working out so well. People quit drinking because they come to a point where they’ve simply had enough, realize that it’s not fun anymore, and that it causes far more problems than it’s worth.

The decision to finally quit usually comes after a lot of broken promises and unsuccessful attempts to cut down and control one’s drinking. We’ve heard about this a million times from our driver’s license restoration clients, all of whom have had to learn – the hard way – that once drinking has become a problem, there is no way to successfully manage it, except to quit for good.

For many people, the idea of a drinking problem is synonymous with the notion of being an “alcoholic” (although that’s not true) and, in their minds, conjures up the image of some everyday drinker who wakes up with the shakes. The reality, however, is that most people who struggle with a problematic relationship to alcohol never get anywhere close to that.

Within our Michigan driver’s license restoration practice, we’ve heard thousands of stories that make clear a person was a binge drinker, or a weekend warrior, and therefore didn’t think of him or her self as having any kind of real alcohol problem that couldn’t be fixed by more firmly resolving to bring his or her drinking under control.

As they find out, that doesn’t work. That’s why the driver’s license restoration rules require a person to prove, by what is defined as “clear and convincing evidence,” that his or her alcohol problem is both “under control,” meaning they’ve been alcohol-free for that legally sufficient period of time, and that it is “likely to remain under control,” meaning that he or she has both the ability and commitment to remain alcohol-free for life.

In other words, a person has to prove that he or she is a safe bet to stay sober.

Unfortunately, a lot of people get stuck in a never-ending cycle of trying, without success, to limit or manage their drinking.

The brutal and cold truth is that most people who become problem drinkers do NOT get better. Some wrestle for a long time with trying to control their drinking, while others are on-again, off-again drinkers, but few are lucky enough to ever quit for good, get sober, and move on.

That’s an ugly reality, but it’s also the truth, and the Michigan Secretary of State knows it.

For as unique as everyone’s personal recovery story is, each and every one starts at the point where a person realizes that his or her drinking is the common denominator to whatever problems he or she is experiencing, and that all the efforts to limit or otherwise reign in their alcohol use have not worked, and that they won’t.

This is a key thing that every hearing officer with the Michigan Secretary of State will expect to hear in some way or other from a person trying to win his or her license back. This is also one of the first things my team and I will explore as we screen a potential client over the phone.

The decision to quit drinking is always preceded by a kind of “epiphany” moment. People in AA often describe it as getting to the point of being “sick and tired of being sick and tired.”

However it happens, when it does, it is a life-changing and pivotal experience for anyone who really does quit drinking and manages thereafter to stay sober.

And that’s only the beginning.

To be sure, getting sober takes work, but let’s fast-forward a bit, because the reward – real sobriety – is profound beyond words. It is the foundation upon which our firm builds a case, and is an important and indispensable factor in our ability to guarantee to win every Michigan driver’s license restoration or clearance appeal we take.

Sober people are grateful people. You really can’t miss this. When a person gets sober, every part of his or her life changes, and always for the better.

One of the first things to happen to anyone who gets sober is that he or she begins to earn back the respect and trust of the people who are important to them.

They quickly lose what is almost always an angry “edginess” about them, and they get humbled.

Getting humbled is important, because as I noted, for those people who struggle with their drinking but ultimately do quit, the decision never comes too soon. Indeed, for most, it comes after having had their a$$ kicked any number of times by the consequences of their drinking.

The wreckage left in the wake of a troubled relationship to alcohol can include divorce, DUI’s, lost jobs, broken relationships, and financial troubles, just to name a few.

Remember, nobody quits drinking because it’s working out so well.

On the upside, everyone who does get sober reports feeling better mentally, physically, and even spiritually.

Their relationships improve, and they do notably better in their employment endeavors, as well.

In other words, the benefits of sobriety go way beyond just not getting in trouble anymore; people’s lives actually improve in numerous and measurable ways. Among the people we take on as driver’s license appeal clients are many who smile as they tell us how their lives have gotten better since they embraced sobriety and adopted a sober lifestyle.

Having ditched the party-friends (often called “drinking buddies”), most find themselves with a smaller social circle made up of people with whom they have a lot more in common than just drinking.

When they get sober, some people start new hobbies, or get back into things they left behind.

Others start to exercise, while plenty enough simply re-engage in life, enjoying the small things, and the lack of problems that drinking often brought along.

In our office, we can usually pick up on the cues that a person is genuinely sober right out of the gate. License appeals are complicated, and they test everyone’s patience to some extent.

That said, it’s a pretty clear signal that someone isn’t sober when, as they begin to understand what’s involved in the process, they say something like “this is bull$hit!”

This difference is what is meant by noting that all sober people are abstinent, but not all abstinent people are sober. Plenty of people go for various lengths of time without drinking (like while on probation), but are otherwise not committed to a life without alcohol.

And that is really a defining hallmark of sobriety: the commitment to never drink again. If a person has really had enough of the BS caused by their drinking and decided to quit for good, then he or she will inevitably make sweeping life changes, and his or her attitude, disposition, and outlook on life all change for the better.

Whatever the reader’s background, I’m sure you’ve had the unpleasant experience of being stone-cold sober (here, we’re using “sober” to simply mean “not drunk” at a given point in time) and running into a drunk person, or group of drunk people. It’s horrible to get stuck having to listen to them babble while trying to make sense out of what they’re saying.

Drunk people don’t really notice that other drunks are obnoxious. However, when a person quits drinking, the last thing he or she wants to do is go to some function and be part of the conversation as it devolves into that while the drinks are going down.

Indeed, when people get sober, they back out of activities that revolve around drinking, not so much because they’re afraid of being tempted to drink, but rather because it sucks to be around a bunch of idiotic drunks, unless you’re too drunk yourself to notice.

When you combine the experiences of simply having had enough, realizing that drinking is a problem, making a firm decision to quit and to get sober, and then to do much better by living a sober lifestyle – that’s sobriety, and it’s a hell of a lot different than just “not drinking” for some unspecified period of time.

Merely not drinking is just abstinence.

Sobriety is born when a person has grown tired of the mess drinking has make in his or her life – even if it’s not an everyday thing, and only causes problems occasionally – and realizes that it can’t be controlled or otherwise managed. Along with that, somewhere in their heart of hearts, a person will just “know” that it’s time to quit, because drinking isn’t fun anymore, hasn’t been for a long time, and that it’s just over.

When that happens, and a person sticks with it, things get better, and they keep getting better.

The AA people have another saying, and it applies to anyone who is sober, whether they go to AA or not: “My worst day sober is better than my best day drunk.”

However one characterizes it, the truth is that sobriety is the gift that keeps on giving.

If you are looking for a lawyer to win back your Michigan driver’s license, or to otherwise clear a Michigan hold on your driving record, be a good consumer and look around. Read how lawyers explain the license appeal process, and how they explain their various approaches to it.

Even if you haven’t yet quit drinking, but might want a little help to tilt the scales in favor of quitting so that you can consider a license appeal at some point down the road, give us a call. If we can help give you a reason to “put the plug in the jug” and get sober, we’d be honored.

All of our consultations are free, confidential, and done over phone, right when you call. My team and I are very friendly people who will be glad to answer your questions, explain things, and even compare notes with anything some other lawyer has told you .