This piece, like many of my driver’s license restoration articles, was suggested by Ann, my senior assistant, and inspired by our experiences with real life cases in our office. In this installment, we’ll focus on why you should stop waiting to move forward with or otherwise screwing around and trying to save money by filing a do-it-yourself license appeal. Instead, it’s probably high time for you to just step up, pay up, and finally get back on the road. The week this article was written, I had just hired by a fellow who has tried on his own (and unsuccessfully) for over 10 years to win a clearance of the Michigan hold on his driving record and finally decided to get professional help. Whatever his worries before, I’m sure it helped that I guarantee to win every license restoration and clearance case I take. Here’s how Ann summarized this in her email to me: “Sometimes in life you just need to put some cash out it where it will serve you best in the long run. Guy has spent 10 years on his own trying to get his license back  and still can not win. But would spend tons to drink or on a car he cannot drive? Ummmmm.” 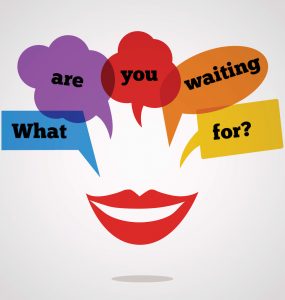 In exchange for the fee I charge for my license restoration services – and this is important – they come with a guarantee to win. When I take your case, you WILL get your license back. The only condition, and this one is non-negotiable, is that you must be genuinely sober. There is a lot more to this than just money, however. Attitude matters, and it start with acceptance of how things work. In another article I wrote some time ago (also at my senior assistant’s suggestion), I explained that if you want to win your license back, you have to stop trying to fight the system and learn to go with the flow. The procedures established by the Michigan Secretary of State and implemented by its Administrative Hearing Section (AHS) are what they are, and no amount of complaining is going to change them. The state has specific steps you must take, and if you want to get your license back, then you’re going to follow them. Over the course of my career, I have had more crazy emails and phone calls than you can imagine. I’ve heard it all – people want to sue the state, go to federal court, argue the constitution, and argue that it’s illegal for the state to require them to not drink as a condition of winning back their license, just to name a few. Those are all losing bets. You either do what the state requires, or you don’t drive. Whether you like it or not, the first step to getting back behind the wheel is accepting the simple fact that the rules are the rules, and you’re going to have to follow them to have any chance of winning.

Here’s 2 more bitter pills to accept: If you’re not legally eligible to file a license appeal, then there is nothing you can do but wait. It’s not that the state doesn’t care about how much you need a license, it’s that there is no mechanism for it to care. If you crawled out of the desert after 3 days with no water, were about to die of dehydration, and stood in front of a vending machine selling bottled water, it simply could not “care” about your situation. You either put your dollar in the slot, or you get no water. Ditto for the state. As one hearing officer says, “Everybody ‘needs’ a license,” but that’s not any part of the process to get one back. I do care, however, and if you are legally (and practically eligible) and you’ve honestly quit drinking, I will put all the care necessary into making sure we do everything right in your case to win it the first time around, guaranteed.

Whatever else, the license appeal process takes time and effort. That effort starts with your decision to quit drinking. If you’ve removed alcohol from your life, then you know that quitting drinking is easy, but staying quit is the part that takes all the work. It’s not even that you ever had to be some physically addicted alcoholic who got the shakes without a drink; very few of my clients ever got anywhere near that bad. However, the first while after you commit to sobriety can be challenging. If you were a social drinker, you probably found yourself somewhat isolated while everyone was out doing whatever, and you weren’t. It’s normal to worry, early on, that you’ll never have fun again. With time and commitment, however, all that fades away, and, as anyone who is sober learns, after a while, you wonder where in the hell you ever found time to waste drinking the nights away. Life gets busy, and it gets better, too.

And while sobriety is a necessary starting point to win your license back, standing alone, it’s not enough. You need to go through the whole license appeal process, and that starts with a first, 3-hour meeting in my office, followed by a substance use evaluation, the drafting of and (my) revisions to your letters of support, filing them along with the other required documents, getting notified of and preparing for the hearing, and then, finally attending it (and winning) your case. You won’t get your license back by just waiting for one to show up in the mail; you’re going to have to actually start the restoration process and go win it back.

Some people are motivated, but only enough to try a “do-it-yourself” appeal.  Other people want to try and save the money; whatever – I won’t dissuade anyone from trying. I say go for it. Even though 3 out of 4 administrative reviews lose, you could get lucky – but probably not. I have learned, over the years, that it takes far less effort for me to just be here when those who have tried on their own and lost give up on the homemade appeal and decide to hire me. When you don’t win this year, I’ll be here next year, or the year after. Of course, some people complain about the legal fees. Sure, you can find a cheaper lawyer; lots of them, in fact, but you won’t get any guarantees, and you certainly won’t get anyone with the passion for this field that I have. I have made a nearly lifelong study of recovery. I know this stuff from the inside out, the outside in, and all around. That’s not a bunch of hooey, either, because on top of everything else, I have also completed a formal, post-graduate program of addiction studies, and I use that knowledge in every case I take. That’s a big part of why I win all my cases.

Read. Read what I’ve written (at least what you can, given that I have published more than 380 driver’s license restoration articles) and what every other lawyer has put up. It’s not just the volume of what I’ve put up, but the content within those articles. I’m the guy talking about the journey from drinker to non-drinker, and how that morphs into your recovery story. I know all about how some people can find AA too “religious,” and perhaps too smothering, while others find it to be the best thing they’ve ever encountered, and use the steps in all aspects of their lives. If you’re going to do this right, then you need to hire the right lawyer. I’m certainly not the lawyer for anyone who wants to try and scam through and pretend he or she doesn’t drink anymore, but for those who are honestly sober, you simply cannot do better than me.

To get back on the road, you’re going to have to put in the effort of going to a few places. This means getting a few more rides. It means that you’re going to be inconvenienced a bit before you get back the convenience of driving yourself around. Most people change when the current situation becomes too uncomfortable. You did it with drinking; no one quits because it’s working out so well. Now, you’re going to have to do it to be able to drive again, and put in the effort to make the change. It’s not a big deal, but either you can wait for something to happen that never will, or start the ball rolling and actually make it happen.