This 2-part article will explain why, if you file and win a Michigan driver’s license restoration case, you must start out with a restricted license, and what that means. I also want to differentiate a driver’s license restoration case from a license clearance case, particularly because winning restoration of your Michigan license requires starting out with an interlock and driving restrictions, while winning a clearance of a Michigan hold is the only way to win a “full” license the first time around. Having just said that, I can almost hear a chorus of readers saying something like, “That’s what I want, then; a clearance.” If it was that easy, everyone would bypass the interlock and restricted license. It doesn’t work like that, however, and, in the following paragraphs, I will explain why. We’ll confine our examination here to restricted licenses, and take up the subject of ignition interlocks in a separate, upcoming article. 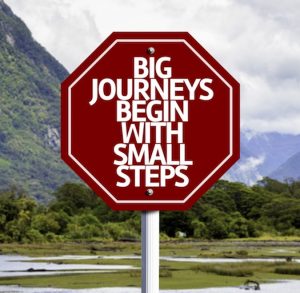 First, let’s clarify the 2 key terms: a “license restoration” means to restore, or win back, one’s Michigan driver’s license. A “clearance,” on the other hand, is the process by which the Michigan Secretary of State, through it’s Administrative Hearing Section (AHS), removes the hold on a driving record for someone who is no longer, or is otherwise not a Michigan resident. To be clear, while most people who wind up with a Michigan “hold” on their driving record used to be Michigan residents, it is also possible for someone who never lived here to still wind up with a Michigan hold on their driving record. A clearance removes that hold and allows that non-resident to get a license in the state in whatever state he or she now resides.

Thus, restorations are for residents, clearances are for non-residents. The Secretary or State cannot issue a driver’s license to a non-Michigan resident. This is pretty straightforward, but just about everyone, including many lawyers, use terms like “restoration” rather loosely, so lots of people are unclear about the differences between a clearance and a restoration. What makes this even more confusing is that a person must present the exact – and I mean absolutely the same – evidence to obtain a clearance as he or she would to restore a revoked Michigan driver’s license. The only difference is the end result: a non-resident can only be granted a clearance releasing Michigan’s hold so that he or she can get a license in whatever state they now live, whereas a Michigan resident can only have his or her driving privileges restored, and that requires him or her to drive for at least one year on a restricted license using an ignition interlock device.

Just about everyone will ask something like, “Is there any way around that?”

Well, yes, in the sense that you don’t have to even bother to get your license back, and as long as you don’t do that, none of this applies, but if you do have your driving privileges restored in Michigan, you will be required to install the interlock unit in whatever car you drive (it doesn’t have to be registered to you, or be “your” car) and you will only be permitted to drive on a restricted license for at least 12 months. There are no exceptions. None. Ever. Despite that, however, there will always be that person who says they know, or knows of someone, who won a full license. Believe me, that didn’t happen, at least not at first. It cannot happen, period. If you are a Michigan resident, no matter who you are, no matter who you know, no matter how long it’s been since you’ve been in trouble, or had a license, you must start out with an interlock and a restricted license and drive on it (and with an interlock) for at least a year. Since that’s the way it is, let’s begin by examining what a restricted license is, and, equally important, what it is not.

Unless modified by the hearing officer, the terms of a restricted license are set by law, and allow a person to drive at any time, day or night, for the following purposes ONLY:

Right out of the gate, you can forget that last one. You won’t get your license back if you are on probation (or parole) or under the jurisdiction of any court for a criminal offense. This subject can get deep, and could take up a whole article all by itself, but the bottom line is that since you can’t win your license back while on probation or parole, this condition is inapplicable to anyone who has won a license restoration through the Michigan Secretary of State.

Understanding the scope of the work restriction (to, from and during the course of employment) is important, because the law allows a person to not only drive to and from work, but also during work, for any reason that’s work-related. This applies 24 hours a day, no matter when a person works. A person cannot drive a vehicle requiring a commercial driver’s license (CDL), but as long as a person can use a regular, non-commercial and non-chauffeur’s license for work, he or she can drive anytime, as long as it’s employment-related. Thus, a plumber who is on call can get up at 3 in the morning and rush to a job, because it’s work related. If someone else works in an office and the boss gets the idea to send him or her on a cross-country trip to San Diego to scour the beaches for purple sea shells, the person can to do that. Anything work-related is allowed, without limitation as to time or distance.

As we’ll see later, the whole restricted license thing isn’t designed to work perfectly, or even make “perfect sense.”  It’s a stop-gap; a kind of half-measure to letting someone prove themselves and get back on the road.  Sure, it makes little sense that a person could be sent out at some bizarre hour by his or her boss to buy party supplies and that’s permitted, while taking a desperately sick child for emergency medical treatment is not, but, as the saying goes, “it is what it is,” and that’s that.

We’ll stop here and come back, in part 2, by looking at the remaining 3 specified purposes of a restricted license, as well as how the scope of allowed driving can be modified and even expanded beyond the scope of the restrictions set forth above.