Some people seem to be hell-bent on making things more difficult than they have to be.  This can assume several forms in the context of a Michigan driver’s license restoration case.  In my previous driver’s license restoration articles, I have explained that, however much you one may not like the legal process established by the Michigan Secretary of State that must be followed to win a license back, no amount of complaining about it is going to do a bit of good.  Either you follow the process or not, and unless and until you do, you won’t ever get your license back.  In the course of decades winning license cases, I’ve heard every gripe you can imagine, from the (very much mistaken) idea that the license appeal process is all about money (it is certainly not – the state charges no money and therefore makes none for license appeals) to the notion that there is a conspiracy to “keep you in the system.”  There is not a grain of truth to any “theory” about license restoration appeals other than the correct observation that they are hard because they’re designed to be hard. 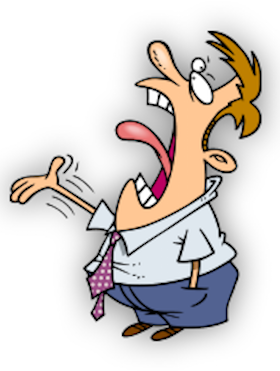 The simple point I want to make in this piece is that some people waste a lot of time just looking for things to complain about, and/or that don’t exist; this applies in both life in general and when it comes to license reinstatement cases.  Believe me, no matter how oppressive the “system” feels, there is no one within the entirety of it trying to sabotage your chances of winning your license back.  Instead, there are very specific procedures and rules that must be followed to win a license restoration or clearance cases, and amongst the hearing officers that decide them, some are more flexible than others.  In the real world, some of the people trying to get their license back follow directions and/or rules better than others, and those that don’t are the ones who have the most difficulty; self-created difficulty, as it turns out.  The license appeal rules are strict, and the requirements demanding, but the only alternative to following them is to keep talking – and thereby keep walking.  One of the most common things I hear comes from someone who cannot accept that license appeals require a person to have genuinely quit drinking, and for good.  It is this person, despite multiple DUI convictions, who insists the rules are not fair, that the state is out to ruin his or her life, and that he or she can still have the occasional drink without being any kind risk.  This person is the textbook example of who the rules are designed to keep from ever driving again, and won’t ever get back on the road until he or she “puts the plug in the jug” and gets sober.  Another difficult-to-deal-with type who tends to make everything harder than it has to be is the one who, upon learning that residents of Michigan must drive for the first year using an ignition interlock, get all frustrated and starts complaining about how and why these machines aren’t reliable, how it’s all about money (you hear that a lot), or why this will never work for them.

After having met all too many of these people over the years, I can only wonder how much easier their lives would be if they lost the bad attitude and just stopped getting in their own way.  The system is what it is, and if a person can just settle down and follow the process, then winning back a driver’s license is a lot easier.  This is not to say that I think the system is perfect; far from it, in fact, but it is what it is.  The Michigan Secretary of State’s procedures for ignition interlock violations is textbook example of frustrating inefficiency.  We all have to do lots of things we don’t want to do, but that’s life.  Even if you have a driver’s license, you might wind up waiting at a Secretary of State branch office for hours to renew it; who “wants” to do that?  If you’ve ever had to call technical support, then you’ve also done something you didn’t want to do.  Certain, people, however, seem to always have a chip on their shoulder.  They’re always pissed off about something, and that makes everything they do harder.  It also makes them unpleasant to everyone else.  They are, to put it simply, difficult people.

It’s not just the complaining about the license appeal process that’s the problem here, though.  The whole concept of sobriety usually involves a component of serenity – the idea that a person has accepted the things he or she cannot change.  Sometimes, Ann, my senior assistant, will hang up the phone after speaking with someone and tell me that, just from the person’s attitude, she can tell they’re not sober.  I see this often in DUI cases, particularly in 2nd offense cases, where the court system and the law conclude a person has a drinking problem, but the person is all riled up to argue, and I mean really argue, otherwise.  In that context, I get it.  Most problem drinkers never get sober, and amongst those who do, recovery comes in its own time.  When it comes to winning a Michigan driver’s license restoration or clearance case, however, sobriety is an absolute first and preliminary requirement.  I have had plenty of license restoration clients roll their eyes and tell me how bad they felt for their last DUI lawyer, because back then, when they weren’t yet sober, they were angry and impatient and demanding and just otherwise unpleasant, but those things changed for the better when they gave up drinking.  Being disagreeable like that is typical for problem drinkers, but maybe for some people those are just fixed personality traits, sober or not.  You’d hope those things would go away as a person gets sober because that kind of bad attitude is counter-productive at all stages of the license appeal process.

That’s really all I wanted to say.  I remember a comedian (I think it was D.L. Hughley), who said the one of life’s greatest aggravations is dealing with someone who just has to make things harder than they have to be.  Don’t be that person, especially when it comes to getting your license back.  There is a process, and it is what it is.  If you want to change it, run for office, get elected to the legislature and then knock yourself out.  Meanwhile, stop complaining, stop being a difficult person, and just go with the flow.  If you do, soon enough that “flow” will be the flow of traffic; then you’ll really have something to complain about, although you’ll be much happier to deal with that than having to bum rides.

If you have lost your license for multiple DUI’s, are really sober and are otherwise not an overly difficult person, I can get you back on the road, guaranteed.  Beyond this “venting” installment, my other articles are all loaded with information about and analysis of the license appeal process.  Check around, and then call around.  When you’re ready to move forward, call my office. We do all of the initial consultation stuff right over the phone when you call, and can be reached Monday through Friday, from 8:30 a.m. until 5:00 p.m. (EST) at 586-465-1980.