To win a Michigan driver’s license restoration case, you must first be genuinely sober, and then you have to prove it within the Secretary of State’s governing rules. For as complex as the appeal process can be, winning your license back really boils down to those 2 things. These are not separate requirements. Instead, proving that you’re sober is first dependent upon actually being sober. The proofs required to win your license back go directly to whether or not a person has genuinely quit drinking, and then taken the necessary actions to remain permanently alcohol free. 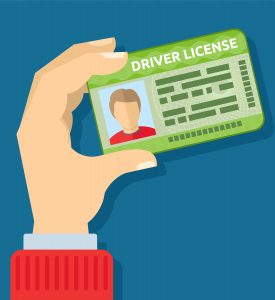 Perhaps the biggest mistake people make is thinking they can just say the right things to win a driver’s license restoration or clearance appeal. While a person must really be sober and present evidence to support his or her claims, the whole point of the legal process is for the Michigan Secretary of State to verify if they are true, or not. The hearing officers who decide these cases know that people will try every trick in the book, and they expect to hear everything, all the way from gentle BS to outright fabrications. An important part of the hearing officer’s job is to put everything a person submits, both in his or her documents and through testimony, to the test.

This is where we can really see the inherent connection between actually being sober and proving it. You simply can’t prove the existence of something that is not true. In practice, that doesn’t stop loads of people from trying to convince the hearing officer that they’ve quit drinking, but as noted above, those hearing officers come in each day, expecting people to try and feed them a line of BS. Over time, the hearing officers develop a keen expertise for being able to distinguish real sobriety from anything less.

The main rule governing license appeals helps in that regard. Instead of leaving the hearing officer on his or her own to decide who is sober or not, it begins by directing him or her to NOT grant the appeal unless the person proves their case by what is defined as “clear and convincing evidence.”

Below is a reprint of the relevant part of Rule 13, followed by a short and simple “plain English” translation:

Iii. That the risk of the petitioner repeating the act of operating a motor vehicle while impaired by, or under the influence of, alcohol or controlled substances or a combination of alcohol and a controlled substance or repeating any other offense listed in section 303(1)(d), (e), or (f) or (2)(c), (d), (e), or (f) of the act is a low or minimal risk.

Iv. That the petitioner has the ability and motivation to drive safely and within the law.

It is important, as one considers all of this, to understand that according to Michigan law, anyone who racks up 2 DUI’s within 7 years, or 3 within 10 years will automatically be categorized as a “habitual alcohol offender.” A consequence of this designation is that every such person will be legally presumed to have some kind of alcohol problem.

This means that anyone who has to file a restoration or clearance appeal  with the Michigan Secretary of State to get his or her license back after multiple DUI’s starts out under the presumption that he or she does, in fact, have a drinking problem of some sort. This is a critical (and often overlooked) fact that MUST be taken into account and clearly addressed in every case.

For as long and verbose as the rule above may be, it can all be boiled down to 2 key things a person must prove:

First, that his or her alcohol problem is “under control.”

A problem is considered “under control” when a person has been completely abstinent from alcohol (and drugs, including recreational marijuana) for a legally sufficient period of time. The precise amount can vary from case to case, but generally speaking, our firm won’t even consider filing an appeal until a person has been totally clean for at least 18 months.

Second, that the person’s alcohol problem is “likely to remain under control.”

To prove this, a person must convince the hearing officer that he or she has both the ability and commitment to never drink (or use drugs, including recreational marijuana) again. Put another way, a person must show that he or she is a safe bet to remain abstinent for the rest of his or her life.

Looking back at that opening paragraph of Rule 13, we can see that it instructs the hearing officer to begin each appeal case with “no” as the answer, and then only grant an appeal if the person’s proof is “clear and convincing.”

That takes the burden off the hearing officer to slice and dice every last bit of evidence to determine if someone is really sober or not, and, instead, to only give serious consideration to someone with very strong evidence.

I have addressed what constitutes “clear and convincing evidence” in previous articles, including one fairly recently, but for our purposes here, we can simply think of it as the equivalent of hitting a home run.

Thus, to win a license appeal, a person has to not only be sober, but has to prove it to the hearing officer with evidence that’s strong enough to be equated to a home run.

If a person doesn’t do this, meaning if his or her evidence isn’t overwhelmingly strong, the hearing officer is under a specific instruction to deny the appeal.

This brings up an interesting point, and a source of frustration for a lot of people who try and lose a “do-it-yourself” license appeal, or who hire some “McLicense” lawyer who doesn’t guarantee to win every restoration and clearance case they take (like our firm does), because plenty of them wind up getting denied even though they were actually sober.

Many of our clients come to us after having previously tried and lost on their own, or having used some other lawyer who didn’t win. Our job, in those cases, is to “fix” whatever didn’t go right in their prior appeal, and to do that, we have to carefully read the hearing officer’s opinion and order of denial.

We guarantee to win every restoration and clearance case we take the first time around, and, if not, then we’re obligated to stick with it until it does win. If we don’t succeed, then we have re-do the whole case all over again, without further legal fees.

The reason this should matter to anyone is the simple fact that our firm doesn’t earn its money by doing “warranty work,” we do it by winning our cases the first time around.

As a result, we carefully screen every potential client to make sure he or she really has quit drinking and is committed to remaining sober for life.

What this means is that when we take a case for someone who has lost, it means we both know and believe that he or she really is sober.  Then, we have to make sure we can prove it to the satisfaction of the assigned hearing officer.

And to be clear, when a person loses, it not necessarily because the hearing officer didn’t believe him or her, but rather because his or her proofs didn’t rise to the level of “clear and convincing.” In other words, even though the person may have really been sober, he or she may have lost simply because his or her evidence wasn’t strong enough.

Remember, the hearing officer is essentially under a negative mandate, meaning he or she has been instructed to NOT grant the case unless the person comes in and hits that “home run” we’ve been talking about.

It’s challenging enough to put together a case with evidence that will be “clear and convincing” for someone who really has quit drinking, but it’s almost impossible to do that for someone who hasn’t. And to be clear, our firm has NO interest in handling a case for anyone who really isn’t sober, or otherwise presenting anything other than the truth.

We know how to prove sobriety when a person really has quit drinking. We’re the best in the game and second to none in this field, but that all starts with a genuinely sober client.

As we saw at the outset, you need to be genuinely sober to win a Michigan driver’s license restoration case, but then you also have to prove that, by providing evidence that meets the Secretary of State’s “clear and convincing evidence” standard.

If you’re looking for a lawyer to win back your driver’s license, or obtain the clearance of a Michigan hold on your driving record so that you can get a license in another state, be a smart consumer and read around. Pay attention to how different lawyers explain the license appeal process and how they explain their various approaches to it.