At the heart of my practice as a Michigan driver’s license restoration and DUI lawyer are issues of recovery and sobriety. In the context of a driver’s license restoration case, where everyone has had at least 2 DUI’s, the law presumes that the person has an alcohol problem. Accordingly, the main issues, in a license appeal case, are proving that the person has quit drinking, and has the commitment and tools to remain alcohol-free for good. 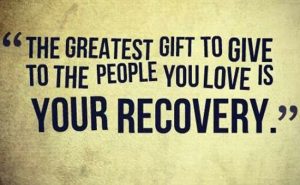 The first question – have you quit drinking? – must be answered with an honest “yes” by anyone who hopes to win back his or her driver’s license. Next, I’ll need to know when. In general, a person should have at least a year sober before giving any serious consideration to starting a license appeal. In practice, I generally won’t file a license appeal until my client has been sober for a minimum of 18 months.

The idea of having quit drinking for good is so basic that it’s easily overlooked as people think about getting their license back. The Michigan Secretary of State, however, doesn’t overlook anything, and has very clear-cut rules about granting license appeals that require a person to have been alcohol-free for a sufficient period of time, as well as proving they are likely to remain sober for life.

Here’s what’s key: In the context of a driver’s license restoration or clearance case, NOTHING ELSE matters unless you have that first.

If a person cannot prove sobriety, the whole process stops. Dead. In its tracks. It does not matter how long a person has been without a license, how many years it’s been since their last DUI, or how much they “need” a license. The ONLY thing the Michigan Secretary of State cares about is whether a person has stopped drinking for a long enough period of time, and is a safe bet to never drink again.

“Needing” a license is a complete non-consideration.

Let me use an extreme example: assume you have a child who needs a life-saving medical procedure that costs $10,000, and that you owe federal income taxes of $10,000. The fact that you need that $10,000 to save your child’s life doesn’t matter one bit to the IRS. The cold, hard truth is that it has no mechanism to consider anything other than the math of your tax returns.

Of course, most people would just not pay the taxes and deal with the consequences. In the real world, many people without a license who need to drive will just take their chances, and pay the consequences if they get caught. Getting caught can create all kinds of legal problems and delay a person’s ability to file and/or win a license appeal, but often enough, people just feel that they have no choice when they “need” to drive somewhere.

It’s different, though, when someone tries to explain how much the “need” a license, and then goes on to note that they haven’t had one in X number of years, of how long it’s been since they’ve been in any trouble. Until you’ve quit drinking, and can prove that to a hearing officer with the Michigan Secretary of State’s Office of Hearings and Administrative Oversight (until recently knows as the Administrative Hearing Section, or AHS), there is NO chance to get back on the road legally.

First, understand there is no “they.” There is only the written law and those who have to follow it.

Second, understand that because there is no “they,” there is no one to “care” or have any expectations, beyond someone not having done whatever caused him or her to lose their license in the first place.

When someone does lose their license for multiple DUI’s, they’re seen as an unacceptable risk to drive again until they can prove they’re genuinely sober and going to remain that way. Accordingly, the law sets out a very specific process with very precise evidentiary requirements in order to consider whether they can have their license back, or not.

Driving is, after all, a privilege, not a right. At the end of the day, the state, for its part, would rather deny the appeals of any number of genuinely sober people (they can always try again in a year) rather than put some risky drinker back behind the wheel. What’s more, most people (not my clients) who file for a license restoration are denied because they either aren’t sober or can’t prove, within the requirements of the process, that they are.

I know this sounds harsh, but it is what it is. One of the less rewarding aspects of my job is fielding calls from people who don’t like the rules, and go on about how this is all unconstitutional (it isn’t), unfair (not really), or otherwise start yelling that drinking (or having a medical marijuana card) is legal, and this is all bull$hit.

Whatever else, I have to explain that I don’t make the rules; I work within them. Go back to the kid who needs the $10,000 operation; does it really make any sense to yell at the CPA who determines that the parent owes 10 grand in taxes, as if he or she makes the tax laws?

To put this all into context, let’s look at the law. The main rule governing license appeals (Rule 13) reads as follows:

IV. That the petitioner has the ability and motivation to drive safely and within the law.

V. Other showings that are relevant to the issues identified in paragraphs (i) to (iv) of this subdivision.

Some of these subsections are duplicative. We’ll skip the legal analysis of all this because it gets deep, and, more important, the key legal issues for a license appeal are set out in section i. – that the person’s alcohol and/or substance problem is under control, and likely to remain under control.

“Under control” means that a person can prove not having consumed any alcohol (or certain drugs) for a sufficient period of time. The idea of “sufficient” varies from case to case, but in no case means anything less than a year.

The term “likely to remain under control” is really important, and means that a person can show he or she is a safe bet to never drink (or use drugs) again. This is truly the meat and potatoes of every license appeal case. The state has drawn a line in the sand, essentially declaring that it has no interest in considering a license appeal for anyone who is ANY kind of risk to ever drink or use drugs again.

One thing is certain: people who don’t drink are exactly zero risk to drink and drive again. Thus, the goal of the license appeal process is to separate out only those who seem likely to never pick up again.

And this brings me to the real point I wanted to make in this article: there is one common thread that unites most of the people who miss the whole sobriety thing, or otherwise get mad about the license restoration process – most of them have not, in fact, quit drinking. No matter how else you try and frame it, the bottom line is that as much as they claim to need to drive, drinking is still a bigger priority to them.

When people do get sober, there are lessons they learn along the way that stays with them and changes them into being very different as non-drinkers than they were before they quit. Some of these lessons come straight from AA, but even if a person never goes to a single meeting, and no matter how he or she manages to get sober, there are things that clearly and obviously separate those who are really sober from those who are not.

The biggest of them all is attitude. Sometimes, we can tell someone is still drinking within moments of speaking with them. This is really obvious when the person starts off angry, complaining that they “have to go through” all this, or how they know other people who have X number of DUI’s and who somehow have driver’s license.

It’s always music to our ears when someone wants to make clear how long it’s been since they quit drinking, rather than how long they haven’t had a license. Sobriety always “looks good” on a person, and changes their demeanor for the better.

We’ll stop here, and come back, in part 2, to examine some of the markers of sobriety that matter in a driver’s license restoration or clearance appeal case. We’ll look at how maintaining sobriety requires avoiding certain medications, why that is important in the context of a license appeal, and how we handle that.