In part 1 of this article, we started looking at the importance of the question, “when is the last time you consumed any alcohol?” within the context of a Michigan driver’s license restoration or clearance appeal. We boiled down the Secretary of State’s position to the simple proposition that, among the people who have had their driver’s license revoked for multiple DUI’s, the only people who can win it back are those who can prove that they’ve given up drinking for good. 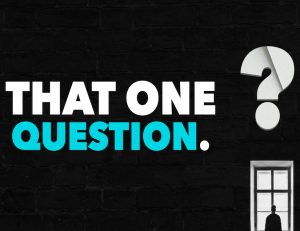 It is an indisputable fact that people who do not drink alcohol pose zero risk to drive drunk. Moreover, the Michigan Secretary of State’s rules require the hearing officer deciding the case to NOT grant the appeal unless the person presents“clear and convincing” evidence that they have been alcohol-free for a sufficient period of time, and that they are a safe bet to never drink again. The person filing the appeal carries the burden of proving these things, not just saying them.

The practical upshot of this is that the hearing officer isn’t sitting there with the scales of justice balanced in the middle, between “yes” and “no,” waiting for someone to submit evidence in order to tip them in his or her favor, toward “yes.” Instead, a person goes into a license appeal with those scales tipped all the way against them, and the burden they have is to pile up enough evidence to not only tip them back to the middle, but then all the way over to their side.

Put another way, it means a hearing officer doesn’t approach a case with a blank mind. Beyond the instruction of the law to NOT grant the appeal unless the person proves that he or she has been alcohol-free for a “sufficient” period of time, and is a safe bet to never drink again, the practical experience of every hearing officer is getting lied to all the time.

Seriously. Michigan Secretary of State hearing officers spend all day, every day, deciding license appeals. Many, if not most of them involve people trying to BS their way through the process by claiming that they have “quit” drinking, when they really haven’t. As a result, the hearing officers have come to expect people to lie about being sober. The reality is that this happens all the time.

As I noted above, the license reinstatement rules place the burden on the person to really prove that they’re sober. This means ensuring the evidence presented to the hearing officer is strong enough to change his or her mind from “no” to “yes.”

Making sure that gets done in such a way as to win (and be able to guarantee it) is our job, as driver’s license restoration lawyers.

This is why that one simple question – when is the last time you consumed any alcohol? – is so important. For all the things you could ask about a person’s claimed sobriety, when he or she last had a drink is about the quickest way to put everything into perspective.

Accordingly, it’s one of the first questions we ask a caller (I will address this question specifically in an upcoming article). Despite having written over 500 driver’s license restoration articles over the last 10 years and all but jumping up and down about how sobriety is a first requirement to file a license appeal, it is still the case that many people who are interested in getting their license back haven’t fully quit drinking.

The legal requirement that a person hasn’t had a drink for a legally “sufficient” period of time is critical, but what counts as “sufficient” varies from case to case. A person with 2 DUI’s will need a lot less sober time than someone who has had 5 or 6 drunk driving convictions, and that person, in turn, will need less clean time than someone who has had 9 or 10 prior DUI’s.

As I noted at the opening of part 1 of this article, the written law and the reality of how it’s applied in driver’s license restoration cases aren’t exactly the same. Under the written law, a person is disqualified from winning a license appeal unless he or she has been alcohol-free for at least 6 months. However, the law also provides a boatload of exceptions that allow the hearing officer to require a year or more of clean time:

(i) That the petitioner has ever submitted to a chemical test which revealed a
bodily alcohol content that is not less than 2 times the level indicated in section
625a(9)(c) of the act.

(ii) That the petitioner has 3 or more convictions for alcohol or controlled
substance-related offenses.

(iv) That a substance abuse evaluation of the petitioner reveals a diagnosis of
past or present alcohol or controlled substance dependency.

(v) That the petitioner’s license was previously revoked or denied under section 303 of the act because of alcohol or controlled substance convictions.

The legal consequence of this is that anyone who has ever –

– will need more than 12 months of continuous abstinence to be minimally, legally qualified to win a license appeal case.

The practical upshot of that is that unless you are Mother Theresa reincarnated, you won’t even get to first base without well over a year of sobriety. Because of this reality, our office generally won’t ever file a case until a person has at least 18 months’ clean time.

The reader should understand that we’re in business to make money, and we certainly don’t make any by NOT taking cases. The last thing we want to do is pass over a viable case.

However, because we also guarantee to win every 1st-time license restoration or clearance case we take, we won’t just plow forward to get paid. We are equally as invested in the success of every case as each of our clients. Our guarantee protects them from risking their money, and it also protects us from being over-zealous and taking a case we can’t win, or that will have to be done all over again.

Put another way, our guarantee protects us, and protects the client, as well.

Therefore, when I say we won’t file a case without at least 18 months of sobriety, I do so based upon experience and knowing what works, and what doesn’t. And to be clear, because the whole concept of a “legally sufficient” period of abstinence depends on the facts of each case, there are some cases that require more sober time than just 18 months.

I represented a client with 13 prior DUI’s (the most I’ve had) and I won his case the first time. He had stopped going to AA years before he came to me, but had been sober for nearly a decade by that time. If he had contacted me after only 2 years of sobriety, however, I would have told him to wait.

How long? Again that would have depended on a lot of things. After doing this job for nearly 30 years (as of this writing), I may not be able to give a simple number for how much sobriety is enough, but I certainly know what’s not enough.

And this brings us back to the importance of the question, “when is the last time you consumed any alcohol?” When the answer is accurate, it gives us a starting date to measure the length of a person’s sobriety. That, in turn, allows us to know if a person has been alcohol-free long enough, based upon the specific facts of his or her case, to begin a Michigan driver’s license restoration or clearance appeal.

If you are looking for a lawyer to win back your Michigan driver’s license or obtain the clearance of a Michigan hold on your driving record, do your homework. Even though we guarantee our results, you should read around and see how lawyers explain the license appeal process, and how they explain themselves. When you’ve done enough of that, start checking around.