This article will examine the 3rd legal issue present in every Michigan driver’s license restoration and clearance appeal case. To win, a person must initially prove 2 things: first, that a his order her alcohol problem is “under control,” meaning that he or she hasn’t had a drink for a legally sufficient period of time, and second, that his or her alcohol problem is “likely to remain under control,” meaning that he or she has both the ability and commitment to remain alcohol-free for good. The 3rd issue, while ever present, is easy to ignore because it usually “flies below the radar.” 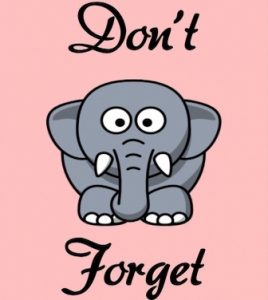 The first 2 are non-negotiable, preliminary requirements. To begin, if a person has consumed any alcohol, or used any drugs too recently (normally, we want a minimum of 18 months’ clean time before filing a license appeal, but longer is always better), it’s game over. The Michigan Secretary of State’s rules clearly require a person to prove that he or she has been completely abstinent from alcohol (and/or drugs) for that “legally sufficient” period of time. The exact amount of time required varies from case to case, and can  be affected by a lot of things, including the experience and temperament of the hearing officer deciding it.

The second issue essentially “grows,” or extends from the first, and is a continuation of the idea that a person hasn’t had a drink, and affirmatively intends NOT to ever drink again. Lots of people “stop” drinking for various periods of time, but the Secretary of State’s concern is that a person has made the decision to remain alcohol-free for life. Sticking to that requires making sweeping changes that affect every part of a person’s life, from who he or she hangs out with to the kinds of activities in which they engage, and those that get left behind.

The third requirement, which, on my website, I have called “The Seldom Occurring Issue,” is aways present, but, in many cases, can be satisfied without the need for any additional evidence. As written in the law, this third issue requires demonstrating “That the petitioner has the ability and motivation to drive safely and within the law.”

Most of the time, and as I noted above, this issue kind of flies “under the radar,” so to speak, although one recently-retired hearing officer used to ask at least a few questions relative to it in every license restoration case that came before her.

Although it’s one sentence, there are really 4 parts to this issue. We’ll break it all down below.

In order to do that, it makes sense to examine this issue and its subparts within the context of couple of hypothetical examples based upon 2 real-world situations we regularly encounter in the people we represent:

1. Having been caught driving after the person’s license was revoked for multiple DUI’s, and/or

2. Having a bad driving record with additional moving violations besides the DUI’s.

Now, let’s look at the examples I promised:

Assume that Mike the Motorist lost his driver’s license in 2008 after his 2nd DUI, and that at the time, he honestly did quit drinking. Unfortunately, Mike didn’t quit driving, though, and he got caught behind the wheel in 2012, then in 2013, and then again in 2018. When asked about that, Mike explained that on those occasions, he had no way to get to work, and felt like he had no other choice but to drive.

Now, with more than a dozen years of sobriety to his credit, Mike wants to get his license back.

In Mike’s case, a hearing officer may wonder about his ability drive within the law, especially in light of his history of disregarding it, not only because of his DUI’s, but because he knowingly violated it by continuing to drive even after his license was revoked.

Whatever else, Mike’s record of making proper and legal decisions can seem questionable.

Of course, one of the primary ways we evaluate what anyone is likely to do in the future is by looking at what they have done in the past.

Mike is seeking the restoration of his driving privileges, and that starts with first winning a restricted license. It is legitimate for the Secretary of State hearing officer to wonder what Mike will do if he suddenly has some “need” to drive beyond what’s allowed under the terms of his restricted license.

For example, what would he do if his mom, an older widow, called in the middle of the night and said her toilet was overflowing all over the floor, and she needed help?

What will motivate Mike to not violate the law this time, given that his perceived “need” to drive for work wasn’t enough to keep him off the road in the past?

Let’s look at another example about a person’s ability and motivation to drive safely:

Assume that Sally the Speeder lost her license for her 2nd DUI back in 2014, and, like Mike the Motorist, has been sober ever since. Unlike Mike, however, Sally hasn’t driven once since her license was taken away. However, at the time of her 2nd DUI, Sally already had 3 speeding tickets on her record.

No matter how you cut it, Sally doesn’t look like the safest driver. Even if she easily proves she hasn’t had a drink for a legally “sufficient” period of time and that she is truly committed to lifetime sobriety, and is therefore perceived as a safe bet to never drink again, a hearing officer is going to wonder about whether or not she can be a safe driver.

In Sally’s case, the “ability” to drive safely isn’t really as much of question as whether or not she has motivation to do so. Sally could, for example, explain that she has matured quite a bit since her last DUI, and realizes that driving is a privilege and thus would be motivated to take it far more seriously this time around.

Let’s change Sally’s background up a bit, though, so we can talk about her ability to drive safely:

Assume all the same facts about Sally, except that, instead of having 3 speeding tickets and the DUI’s, Sally has 1 careless driving conviction and 2 accidents, plus the 2 DUI’s on her driving record.

Here, the question becomes less about her motivation and more about her ability to drive safely.

What if Sally just isn’t too good at judging the distance required to stop safely? For as sober as and unlikely to drink again as she could prove herself to be, you have to wonder if she just isn’t otherwise unable to drive well. In other words, she may just be a bad driver.

Just because a person isn’t drunk doesn’t mean they are a good driver. Some people are just clumsy and accident prone…

From our examples, we can interpret the legal requirement “That the petitioner has the ability and motivation to drive safely and within the law” as follows:

“Ability” means having the capability, or capacity to drive safely and within the law.

“Motivation” means having the desire or incentive to drive safely, and within the law.

“Safely” means to drive in a careful manner, and is rather the opposite of being careless, or speeding.

“Within the law” means following the rules of the road AND the requirements of a restricted license. It means doing as you’re told, not driving when you’re not allowed, and otherwise obeying traffic laws. In that way, it overlaps with “safely” as it relates to things like speeding.

The big takeaway here is that if a person filing a license appeal has other driving convictions or infractions on his or her record in addition to his or her DUI’s, or if he or she has been caught driving after they’ve had their license revoked, that triggers a more thorough inquiry by the Michigan Secretary of State into his or her “ability and motivation to drive safely, and within the law.”

In the real world, this most frequently occurs when a person has been caught driving, and/or continued to rack up revoked license charges after losing his or her license for multiple DUI’s and then wants to plow ahead with a license appeal as soon as his or her mandatory additional period of revocation from that last driving incident has run.

In some cases, it’s best to wait at least a bit longer, in order to show longer an ability to just “live” within the law, and show that one is able to NOT drive when prohibited from doing so.

Like most things, how this applies and is likely to play out varies from case to case. My team and I know what to look for in a driving record, what questions to ask a potential client, and how to handle things based upon the simple reality that every case really is unique, and must be evaluated based upon its own facts.

We do this well enough to guarantee to win every first time license restoration and clearance appeal case we take. The bottom line is that a client will only pay us once to get back on the road. When we take a case, our guarantee means we stick with it before the Secretary of State until a license is granted.

This requires that when a potential client calls, we screen carefully, because we earn our money winning these cases the fist time around, not by having to come back the following year and do it all over again for free, as “warranty work.”

This approach protects everyone: it spares the client from risking his or her money, and it keeps us from being tempted to take a case that’s not yet ready or otherwise unable to win.

When you’ve done enough of that, start checking around. All of our consultations are free, confidential, and done over the phone, right when you call. My team and I are very friendly people who will be glad to answer your questions and explain things