Although they can seem easy, driver’s license restoration appeals are, in fact, quite complicated. I’m not suggesting that you need to be a genius to do this work, but rather that there is a lot to them, and that overlooking even one small detail can completely derail a case. A person could memorize all of the written laws and every rule concerning license appeals, but he or she wouldn’t really “know” how they work until observing how they’re applied in the real world by Michigan Secretary of State. 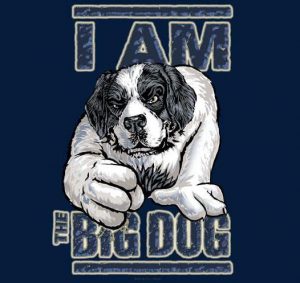 Thus, properly handling license appeals goes beyond just details and rules, and requires understanding how they interact with each other, and how each of the Secretary of State hearing officers interprets them. Over 11 years ago, I began this blog. Back then, I was filing and winning a lot of driver’s license restoration cases. Today, I don’t think any other lawyer or law firm comes close to the more than 200 cases we my team and I handle each year. Another thing that sets us apart, of course, is our guarantee to win every first time restoration and clearance case we take.

Over the last several years, I have noticed a lot of websites popping up using slick names that involve some play or variation of the words “Michigan driver’s license restoration lawyer” or something similar. I call these operations “McLicense” lawyers because, to the best of my knowledge, there is no practice that focuses nearly as much on license appeals as ours, nor is as recovery-conscious as ours. Because of our guarantee, we carefully screen every potential client to make sure that his or her case can be made into a winner.

The thing about having a guarantee to win each first time license restoration or clearance appeal is that we’re stuck with every case we take until it does win. Accordingly, we don’t earn our money by missing things or otherwise screwing up and having to do a case all over again, for free, as “warranty work.”

Instead, we make our livings by doing things right and winning cases the first time around.

Even though we’re in business to make money, our reputation as honest lawyers who never try to screw the system is way more important to us than just getting paid for a case. I make sure that the Michigan Secretary of State knows us as an ethical, fair and honest law firm. We are ONLY interested in taking cases for people who have honestly quit drinking. An old boss once told me that it takes years to build a good reputation, but it only takes one stupid decision to ruin it.

I never lose sight of that.

Beyond being honest, and as I noted above, we’re also a recovery-oriented practice. I don’t know of ANY other lawyer or law firm that comes anywhere close to ours in that respect, but I do know it is big part of the reason we win almost all of our cases the first time around, and that allows us to back up that talk of success with an actual guarantee.

For my part, after law school, I went back to the University campus and completed a post-graduate program of addiction studies. My experience and understanding of addiction and recovery goes way beyond just handling DUI and license restoration cases. I have thorough clinical training in and a comprehensive understanding of the development, diagnosis and treatment of and recovery from alcohol and drug problems, along with the psychopathology underlying other addictive behaviors, as well.

This gives me and my team a decided edge in license restoration cases, because we’re not stuck thinking that the only way people can get sober is to do counseling and AA. It’s one thing to know all these recovery methods simply exist, but quite another to know how they work – and we do.

For as great as all that sounds, I truly believe that the most important part of my job is to actually help people.

That can mean anything from just listening while a person vents, and/or making gentle suggestions that he or she looks into their drinking, all the way to being clear that, when someone racks up his or her 4th, 5th or 6th DUI, he or she does indeed have a serious drinking problem.

“Help” can also mean working with someone to understand that “recovery” is not merely about being some down and out alcoholic who needs to go to detox and AA.

Some people who weren’t “big” or heavy drinkers still find themselves in trouble after drinking, often managing to lose their license for 2 or more DUI’s. In these situations, slapping a label on the person’s relationship to alcohol is far less important than helping them understanding that, for them, drinking is simply a risky proposition.

Another key part of my job is to help expand the knowledge my staff has about addiction and recovery. This is not something you can “teach” a person in weeks, or even months; it’s the kind of thing someone has to live with for years, and they have.

This plays out differently in different contexts:

For example, depending on the circumstances, when someone calls us about a DUI, we may very well suggest that he or she take the time to explore his or her relationship to alcohol. We’re never pushy, but as our senior assistant always points out, a DUI is about your drinking, not your driving.

We also want to make sure our 1st offense DUI clients never get a 2nd offense – at least to the extent that that we can say anything that will help them avoid that.

And while my team and I are very nice people, we don’t suffer any bull$hit, either.

Any lawyer too spineless to write about topics like these as candidly as I have here is far more of a “McLawyer” than any kind of real “Attorney and Counselor at Law.”  Whatever else, someone looking for help needs to be told what they need to hear, rather than just what they want to hear.

Over the years, and in the course of both our DUI and driver’s license restoration practices, we have seen people relapse who had years of sobriety, but then slipped, started drinking, and picked up another DUI.

On the flip side, we’ve also had people who previously seemed closed off or resistant to even the suggestion that they might want to examine their relationship to alcohol come back and thank us for planting the seed that changed their lives.

That’s the “counselor” part of “Attorney and Counselor at Law,” and is something we do well, with all of our hearts and souls.

The grand prize for us is to help someone who has gotten sober prove it so that he or she can finally win back their license and drive again.

I’ve related this story before, but it’s worth repeating here:

A few years ago, I went into my conference room to meet with a new license restoration client. Everything was going fine, and then we got to that point in the meeting where I asked him about why he got sober, and what really made him decide to stop drinking.

To be clear, this is the point where people talk about the moment they hit their “bottom,” and it is a big turning point in the life of anyone who quits drinking, because it’s where they finally decide that they’ve had enough.

When I asked my client about this, his answer dumbfounded me at first.

I was obviously uncomfortable, so he quickly added something like “Well, not you specifically, but your assistant.”

He then went on to explain that he had called our office some years before, looking to get his license back (and willing to pay), and that he spoke with Ann, who asked him about the last time he drank.

At that time, he thought that he had a handle on his drinking, and tried to explain to her why he believed he should be able to get his license back because of that.

Ann, of course, tried to explain the whole sobriety requirement to him, but he wasn’t interested in any of that. He eventually became so frustrated as she tried to explain why sobriety was a prerequisite to a successful license appeal that he hung up on her.

He went on to explain how, as time passed, he’d have these occasional doubts about his drinking, but kept on rationalizing them away until, one day, it just hit him hard: there he was, sitting at home, with no license and unable to drive precisely because of his drinking.

Despite that, he was still prioritizing alcohol over lots of other things, like having a license.

It was in that instant that he hit his bottom, and could see how alcohol was the common denominator to all of the problems in his life.

That was the moment when my client turned his life around. He got sober, and remembered us, not only as the people that could get his license back, but also for saying the few words that stuck in his head and helped him finally quit drinking.

Those are the kinds of experiences that really motivate us, not just to “do” our jobs, but to love what we do. When you invest yourself – your whole being – into this kind of work, it becomes way more than a job. It becomes a calling.

We may not have a newfangled website name that makes some play off the words “license restoration,” but we have a practice that is specifically focused on license appeal cases, and an unsurpassed ability to do it well.

As I put once it in a previous article, I am the big dog in this field, and I have no intention of ever being second best.

That’s not being cocky, either; that’s confidence.

I’ll stop here, and pick up, in part 2, by continuing my overview of “McLicense” operations and how our practice is very different.