In part 1 of this article, we began an examination of how and why people who lose a Michigan driver’s license restoration or clearance appeal after trying on their own, or with some lawyer who doesn’t concentrate in them, and what can be done following such a loss. We began by acknowledging the reality that people get denied because their cases simply weren’t good enough. Although being sober is THE foundational requirement to win a license appeal, a person also has to prove his or her sobriety as required by the main rule governing the restoration process. 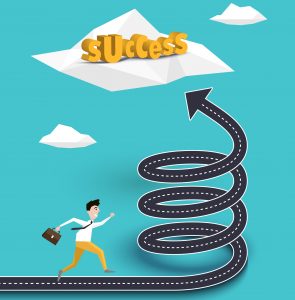 Most of the time, when someone contacts our firm and wonders why they lost their case, it’s because he or she didn’t adequately prove their sobriety, and often enough, that kind of proof is rather obviously missing  – at least to those of us who do license appeals for a living. What’s more, this is true even if the person really IS sober. Remember, while being sober is the main requirement in a license appeal case, really being able to prove that sobriety by what the law defines as “clear and convincing evidence” is the key to actually winning it. Accordingly, any kind of “close call” simply isn’t good enough to win.

It’s important to bear in mind that pursuant to the main license appeal rule (set out in the part 1), the Secretary of State hearing officers are specifically directed to NOT issue a license unless a person proves his or her case by what is specified as “clear and convincing evidence.” That’s the highest standard in civil law, and although it is close to, it is not quite as high as the “proof beyond a reasonable doubt” standard required to convict someone of a criminal offense. That said, it’s certainly close enough to be able to say that satisfying either standard pretty much equates to hitting a home run.

In the context of a Michigan driver’s license restoration or clearance appeal, “clear and convincing evidence” means that the hearing officer must essentially be left with no unanswered questions about the facts of the case, nor any reasonable doubts about a person’s stated abstinence from alcohol and drugs, or his or her commitment to permanently remain completely clean and sober.

In other words, you have to hit a home run.

Although this is a high bar, meeting this standard or proof is something my team and I deal with all day, every day. Our firm concentrates in license appeal matters, and, as a result, we guarantee to win every driver’s license restoration and clearance case we take.

As such, we seldom lose (because of our guarantee, we are as invested as our clients in winning the first time around, and we literally bank on making our livings doing just that) even though a lot of our cases are for people who have lost after either having tried a “do-it-yourself” license appeal, or after having hired some lawyer who doesn’t specifically concentrate in this practice area, like we do.

In terms of what can be done following a losing decision, it breaks down as follows:

1. If a person lives in Michigan and went through a hearing, then he or she can either appeal the Michigan Secretary of State’s decision to the circuit court (this is almost ALWAYS a losing proposition), or wait a year to file a new case.

2. If a person lives out of state and has filed and lost an administrative review, then he or she can file another case, but must also request a hearing on the new appeal, as well.

That all sounds good, but it’s not quite so easy.

When a person loses an in-state restoration case after a hearing, any appeal to circuit court must convince the Judge that the hearing officer’s decision was NOT supported by what is called “material and competent evidence.”

Put another way, a person must show that the decision was legally unsound.

A circuit court Judge CANNOT substitute his or her judgment for the hearing officer’s. A Judge could literally say that, “Had I been the hearing officer, I would have granted your case, but in reviewing the record as a whole, I don’t see any major legal error, and therefore the decision must stand.”

In fact, I have actually heard a circuit Judge say that very thing (NOT, by the way, in any case of ours).

A person CANNOT submit any new evidence in a circuit court appeal, so whatever errors or omissions that were part of the original case are also part of any subsequent court case. An appeal to circuit court is called “an appeal on the record” precisely because there is no new evidence or testimony allowed.

Instead, the Judge reviews the evidence that was originally submitted (including any testimony) to the Secretary of State, along with the decision of the hearing officer, and looks to see if there was any kind of legal error significant enough to require reversal.

Simply put, that’s a losing proposition, and is really a textbook example of “throwing good money after bad.”

It is so rare to find that a previously denied case was legally solid, and that the hearing officer screwed up bad enough to overturn it that our firm simply does NOT do circuit court appeals in restoration cases, nor do we even bother wasting our time looking over someone’s loss to see if there is any basis for a court challenge.

In the first instance, we don’t need to do circuit court appeals in the cases we take because we normally don’t lose any, and, beyond that, when someone contacts us after they themselves or some other lawyer has lost their case, we can always quickly discover what was done wrong.

In other words, it’s usually quite easy for us to find why there is no basis to file an appeal, and the mistakes that were made in the original case that will need to be corrected next time.

Although a person who has filed and lost an out-of-state administrative appeal can file a new case (remember, a hearing must be requested in that situation) right away, any such appeal has to take into account everything that was part of original appeal that lost, and/or everything that was otherwise left out it.

In essence, an appeal from a denied administrative review isn’t as much of a “re-do” as it is a careful deconstruction of the old case and an even more careful re-design and re-build of a new one, and that kind of salvage job may or may not be possible.

Sometimes, a person has just screwed things up so bad that the only real choice is to wait a while. This is especially true for anyone who did their own appeal, or hired some lawyer who doesn’t specifically concentrate in this area of law.

As I often point out, our firm is in business to make money, not turn cases away. We don’t get paid by NOT taking cases, but we don’t take cases that we can’t make into winners, either, precisely because our guarantee obligates us to stick with any case we accept until it does win, and having to do a case all over again, without charge, is not our recipe for success.

For as great as all that sounds, the underlying truth is that none of it matters a bit unless a person is genuinely sober. If the reader takes anything from this article, let it be that there is no room in a license appeal case for a person to even THINK that he or she can ever consume alcohol again.

Unfortunately, though, there are loads of people who don’t get or simply won’t accept the idea that winning a license appeal requires proving that he or she has genuinely quit drinking and is committed to lifetime sobriety. Consequently, they will often say things like:

It’s not merely that saying those things is a deal-breaker, it’s that if a person even thinks that way, it means that he or she does NOT think like a sober person, and is therefore a long way from being able to win a driver’s license restoration or clearance appeal case.

By contrast, a person who has really quit drinking and adopted a sober lifestyle will talk about that decision and say things like they had simply had enough, knew it was time to sever any relationship to alcohol, and then explain how their life changed as a result, and how much better sobriety has made everything.

Remember – it’s not just that a person has to BE sober – he or she also has to prove it within the legal framework of the Michigan driver’s license restoration and clearance process. If he or she doesn’t present evidence that’s strong enough to rise to that “clear and convincing” standard, then his or her case will be denied.

Often enough, it falls to me and my team to fix was was done wrong the first time around and make a person’s case a winner. That’s the focus of our practice, and we’re confident enough in our ability to that well enough to guarantee to win every restoration and clearance appeal case we take, even if someone has tried before and lost.

If you are looking for a lawyer to win back your driver’s license, or clear a Michigan hold on your driving record so that you can a license in another state, be a smart consumer and read around. Pay attention to how different lawyers analyze and explain the license appeal process, and how they explain their various approaches to it.

When you’ve done enough of that, start checking around. You can learn a lot by actually talking to a live person. Our firm can handle your case no matter where you live. All of our consultations are free, confidential, and done over the phone, right when you call.