In order to win a Michigan driver’s license restoration case, a person has to say certain things, and as far as that goes, not say other things. As Michigan driver’s license restoration lawyers, our ears are basically “tuned” to pick up on certain buzzwords that clearly communicate to us that a person either has – or has not – given up drinking and embraced a sober lifestyle, 2 things that are key to winning a license appeal. The hearing officers who decide these cases also listen for these things, and are highly skilled at distinguishing genuine and real sobriety from anything less. 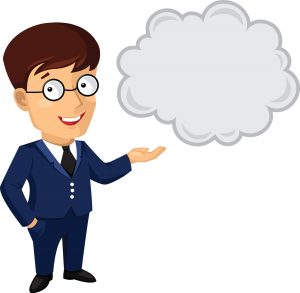 They should be, given that they hear driver’s license restoration and clearance appeals all day, every day. Of course, given that this is also what my team and I do all day, every day, we know exactly what things will cause the hearing officers to respond favorably, and what will have the opposite effect. In our many conversations with callers each day, it’s not that uncommon for a person to say something to us like, “You just tell me what to say, and I can do it,” or “I can say whatever you need me to.” That’s a huge red flag for us, and an almost certain (and unwitting) assurance that the speaker is NOT sober.

That’s also about the fastest way to make sure that our firm won’t take a case. While sobriety is a key requirement to win a driver’s license restoration or clearance appeal case, so is honesty. When someone tells us that they’ll repeat anything we instruct them to say, it means that, beyond not being sober, he or she is also willing to BS, and even do so under oath. We don’t want any part of that: We win our cases fair and square by being honest and truthful. We play by the rules, and guarantee to win every case we take precisely because we don’t cut any corners.

I’m not saying all of this just to sound good, either; I really mean it. If you are willing to lie about your sobriety, please don’t bother calling our office. There is no “nod-nod” or “wink-wink” here. The only kind of “nod-nod” we’re interested in is having the Michigan Secretary of State hearing officer deciding a case nod in agreement as he or she listens to a person testify about how sobriety changed his or her life for the better.

Beyond just listening for the right things to be said, the hearing officers know that they’re going to be lied to every day, so they have an expertise that’s second to none when it comes to sniffing out BS, especially when a person claims to have quit drinking.

Remember, this is what they do all day, every day.

The Michigan driver’s license restoration appeal process requires a person to prove that he or she has quit drinking, not just say so. Let’s first look at the law, and then I’ll summarize and explain how it’s applied in the real world.

Before we break this down, we have to add 1 more important thing to the mix: Under Michigan law, when a person gets convicted of 2 DUI’s within 7 years, or 3 or more DUI’s within 10 years, he or she is categorized as a “habitual alcohol offender.”

That’s important because it means he or she will also be presumed, by law, to have an alcohol problem. Accordingly, as used in subpart i the rule, the language that reads “…the petitioner’s alcohol or substance abuse problems, if any…” is, in practice, interpreted to mean that anyone filing a license appeal after having been convicted of multiple DUI’s and/or drugged driving offenses actually HAS an alcohol or substance abuse problem.

In other words, there is no “if any” about it.

For as complicated as all this sounds, all the legal stuff really boils down to 2 main things that must be proven in every case:

First, a person must demonstrate that his or presumed alcohol (and/or substance abuse) problem is under control. A problem is considered “under control” when an individual can show that he or she has been COMPLETELY abstinent from alcohol (and/or drugs) for a legally sufficient period of time. While the exact period can vary from case to case, our firm will generally never move forward with an appeal until and unless a person has been alcohol and drug free (this includes recreational marijuana) for at least 18 months.

The simple, ugly fact is that most people who develop a troubled relationship to alcohol are never able get over it. Some people just don’t try, and others struggle forever with trying to get ahold of themselves, but it’s really only a lucky minority who ever manage to both realize that their drinking is a problem and then quit – and stay quit.

In our work as Michigan driver’s license restoration lawyers, we know, just as the Secretary of State knows, that every person who has lost his or her driver’s license after multiple DUI’s wants it back. Without exception, they’ll explain how much they “need” a license, how long it’s been since they’ve had one, and/or how long they’ve managed to stay out of trouble.

In the context of a license appeal, those things DON’T matter at all.

Instead, the whole goal of the license appeal process is to reinstate driving privileges only for those people who can show themselves to be a minimal risk to ever drive drunk again.

What a lot of people miss is that the law basically defines those who are a minimal risk to drive drunk again as those who simply do not drink and are committed to never drinking again. No matter what, the Secretary of State is always going to take the safe bet, and it’s a simple one: People who don’t drink are exactly zero risk to drink and drive.

Thus, the idea of proving one’s case means proving that he or she has honestly quit drinking, and is a safe bet to never consume alcohol again.

Anyone can say that they have quit drinking, but the reality is that quitting drinking for good is a very big deal.

In the first place, nobody quits drinking because it’s working out so well. For that matter, nobody even thinks about trying to control or otherwise limit their drinking unless there’s something up with it.

In fact, everyone who does quit drinking wishes they would have done so earlier. By the time a person has developed a problem with alcohol and realizes the only “fix” is to quit for good, he or she will have usually racked up a boatload of other problems, too, and those often include things like damaged personal relationships and multiple DUI’s.

For many people, with the benefit of reflection and hindsight, they’ll find that alcohol had become both the common denominator to all the problems in their lives, and very much a fixture in it.

They can look back and see that much of what they’d normally do socially either revolved around or otherwise involved drinking. Not surprisingly, they’ll also see that their friend group was largely made up of fellow drinkers, that they’d usually hang out at places where people would imbibe, and that they’d otherwise be involved in activities where drinking was the norm.

It really is the lucky few who, having finally been smacked upside the head enough times as the result of problems caused by their drinking, finally put two and two together, have that proverbial “light bulb” moment, and know it’s time to quit.

For almost every last person does quit for good, the decision comes after innumerable unsuccessful attempts to control, cut down, limit or otherwise manage their drinking.

Here’s where the rubber meets the road, because when a person who’s had the “wake-up call” really does decide to quit drinking, staying quit (i.e., sober) involves a lot more than just not consuming alcohol; it means doing things like staying out of bars and ditching the drinking buddies. AA people have a saying for this: Avoid wet faces and wet places.”

In order to “stay quit,” a determined person will change just about everything in his or her life, including who they hang with, what they do for fun, where they go, and otherwise adopting what’s called a “sober lifestyle.”

Those who don’t take these steps are likely to return to drinking.

The lifestyle changes made by those who stay sober are profound, as are the experiences that led up to the decision to make those changes. When a hearing officer questions someone, one of the things he or she is looking to hear about is what it was like for a person to go through all of that.

These are NOT the kinds of thing anyone can just “tell” someone else how to say.

In fact, many people, including those who otherwise seem rather stoic, get very emotional when talking about the transition from drinker to non-drinker. I’ve seen more people get choked up as they’ve testified about the damage done by their drinking and how great life is without alcohol than I could ever count.

Although each of these sobriety stories is unique, one thing they have in common is that they all come from the heart.

The things a person will say that will win a license appeal case are visceral, and even if I could take someone aside and really “teach” him or her the right things to say, it just wouldn’t sound the same.

Thus, when someone tells us they can say whatever we’d want or need them to, not only is that impossible, and wrong, it’s also a telltale sign that he or she hasn’t yet gone through the monumental life changes that come with real sobriety.

And more than anything else, real sobriety is the most important requirement to win a license appeal.

If you’re looking for a lawyer to win back your Michigan driver’s license, or to obtain the clearance of a Michigan hold on your driving record, be a smart consumer and read around. Pay attention to how different lawyers explain the license appeal process, and how they explain their various approaches to it.

Our firm can handle your Michigan license matter no matter where you live. All of our consultations are free, confidential, and – best of all – done over the phone, right when you call. My team and are are very friendly people who will be glad to answer your questions, explain things, and even compare notes with anything some other lawyer has told you.