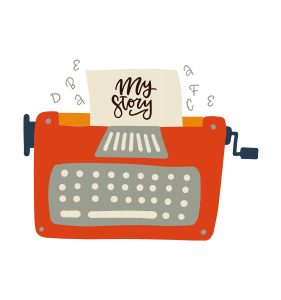 As anyone will quickly discover, there are numerous steps involved in the driver’s license restoration process: A person can’t win back his or her license without a hearing, and a hearing can’t be scheduled until all of the required documents have been filed, and they can’t be filed until a person has undergone a substance use evaluation and had his or her letters of support written, and none of that can take place until he or she first decides to undertake a license appeal in the first place. While each of those stages are connected, there is also a larger element at work, and understanding how it affects the big picture will help everything make more sense.

Of course, it’s best to start at the beginning: A license appeal becomes necessary when a person has had his or her driving privileges revoked as the result of multiple DUI convictions. Under Michigan law, anyone who racks up 2 DUI’s within 7 years or 3 within 10 years is categorized as a “habitual alcohol offender.” One of the legal consequences is that any such person is legally presumed to have an alcohol problem, and can’t get his or her license back until they file – and then win – a formal driver’s license restoration or clearance appeal.

To win his or her license back, a person who has that habitual alcohol offender status must prove certain things by what the law defines as “clear and convincing evidence.” Among them, the following 2 are the main issues that must be demonstrated in every license restoration case:

First, that the person’s “alcohol or substance abuse problems are under control,” and,

Second, that any such problems (remember, anyone convicted of multiple DUI’s is presumed to have a problem) are “likely to remain under control.”

Translated into plain English, having one’s presumed alcohol problem “under control” means proving he or she has honestly quit drinking and has been completely alcohol (and drug) free for a legally sufficient period of time.

As a practical matter, our firm will generally never move forward with a license appeal until a person has been completely abstinent from alcohol and drugs (including recreational marijuana) for at least 18 months.

A person’s alcohol problem can only be considered “likely to remain under control” when he or she shows that, beyond merely having “quit drinking,” he or she can also demonstrate both the ability and the commitment to remain alcohol (and drug) free for life.

In other words, he or she has to prove themselves to be a safe bet to never drink (or get high) again.

Proving this means just that: proving it.

Winning a license appeal is not about merely saying the right things, and/or just not saying the wrong ones. The whole process set up by the Michigan Secretary of State is predicated on a person having actually decided to quit drinking for good because he or she simple couldn’t take it anymore.

It’s here – right here – where we get to the heart of the matter: As much as license appeals are part of a process, there is as noted above, a larger element at work here. Every person who decides to quit drinking and get sober has a reason for doing so – a recovery story – and that is really the driving force behind everything that follows.

Nobody quits drinking because it’s working out so well. Instead, people quit because they get sick and tired of being sick and tired. At least then lucky ones do…

The ugly truth is that most people who have a drinking problem never manage to overcome it, and among those fortunate souls who do get sober, the decision to quit never comes too soon.

Thus, a person’s recovery story actually starts with his or her drinking, and the problems it causes. As an old saying goes, “anything that caused a problem IS a problem,” and when people can finally see alcohol as the common denominator to the problems in their lives, and then realize the only way out is to quit drinking, the plot starts to come together, and the first chapter begins.

In the real world, it’s not like a person wakes up one sunny day and just decides to try an “alcohol-free” lifestyle. The decision to completely quit is often the consequences of any number of unsuccessful attempts to cut down, limit, or otherwise manage one’s drinking.

To be sure, lots of people quit drinking, at least for a while, only to pick up again.

However it happens, there’s usually a pretty heavy-duty backstory that leads up to a person’s last drink, and that’s important, because it not only helps explain why he or she decided to quit, but also what helped motivate him or her to stay clean after that.

Moreover, different people use different methods to get sober:

• Some go to AA or other support groups;

• Some go to counseling, or rehab or treatment, and,

• Others use any combination of several or all of those things.

• Some people like group therapy, others prefer one-on-one. What people learn, from who, and when, is all part of their recovery story.

For example, a person might go to AA and get nothing out of it, but could, instead, hear life-changing advice from a counselor.

By contrast, the exact opposite could be true.

No matter how someone gets to the point of getting sober, though, everything that led to that moment is part of his or her recovery story, and it plays a central role in any license appeal case.

That story will have a profound effect on his or her case, and it find its way into what is usually the first concrete step in the process – the substance use evaluation. A good evaluator (like ours) will do a thorough job of asking about how and why a person made the monumental decision to give up drinking, and that, in turn, may have a real impact on the prognosis he or she gives.

Likewise, a person’s journey into and through recovery may be relevant to their letters of support, and is likely to show up in them in some way, shape, or form.

It may be helpful to think of one’s recovery story (and make no mistake, everyone who has quit drinking and/or drugging does have a recovery story) as the theme of his or her driver’s license restoration or clearance case. As such, it will permeate every corner of the appeal.

Everything, from the first meeting with our team, to the substance use evaluation, the letters of support and the prep for the hearing will either be based upon that them, or at least be a direct consequence of a person’s recovery story underlying that theme.

The hearing, and especially a person’s answers to the questions asked by the hearing officer, will all have the “essence” of that theme, as well.

If not, then everything a person presents will just be a disconnected collection of documents that don’t really tell any story, and lack any kind of theme. That’s not how to win a license appeal case.

In fact, one of the ways my team and I keep track of our clients is by their stories. Often, some detail of a person’s story is enough to preserve the memory of him or her like their case happened yesterday.

As we noted at the outset, a driver’s license appeal case is made of steps, and they take place in a certain order, but the are all connected, like beads on a wire, by a central theme – the person’s recovery story.

That’s really it; there is no other grand takeaway here other than, just like the foundation of any building is critical to it, so too is the theme of any license appeal case.

If you are looking for a lawyer to win back your driver’s license, or to obtain a clearance of a Michigan hold so you can get a license in another state, be a wise consumer and read around. Pay attention to how different lawyers explain the license appeal process, and how they explain their various approaches to it.

Our firm can handle your Michigan license appeal matter no matter where you live, so as you check around, give our office a ring, as well. If we take a license restoration or clearance appeal case, we guarantee to win it.