In our capacity as Michigan driver’s license restoration lawyers, we get a ton of calls and emails from people who tell us how much they need their license back ASAP. We never doubt how important it is for anyone to be able to drive again, but that need has nothing to do with actually being able to win a restoration case sooner, rather than later. In this article, we’re going look at when, as in how soon, a person can file a license appeal and actually win back his or her driving privileges. To keep things manageable, we’re going to divide our discussion into 2 installments. 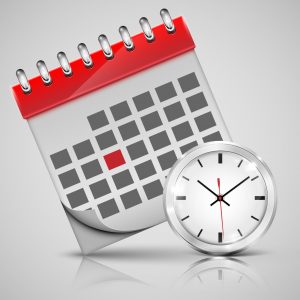 By law, a person who has been revoked for 2 DUI’s within 7 years becomes legally eligible to file an appeal is 1 year after the start of his or her revocation. In reality, however, that’s way too early to have any chance at winning. Our firm generally requires someone to have been completely abstinent from alcohol (and drugs, including recreational marijuana) for AT LEAST 18 months before we’ll ever consider filing a case, in part, because he or she must prove what is called “voluntary abstinence.” Despite its critical importance, this is one of the least understood and most overlooked elements of license appeals.

It would certainly help if the Michigan Secretary of State either edited its rules to clarify what is required to win a license appeal case, or, in some way, at least explained what we’re about to go over in the following paragraphs. Under Michigan law, a person convicted of multiple DUI’s (either 2 within 7 years, or 3 within 5 years) will have his or her license revoked for life. This does not mean that they can never get it back, but rather that it won’t be returned unless and until he or she files – and wins – a formal driver’s license restoration appeal.

There are 2 “eligibility” dates for the filing of a license appeal: Either 1 year or 5 years after a revocation. It works like this:

• If a person is revoked for 2 DUI’s within 7 years, he or she can file an appeal after 1 year. That’s entirely misleading, though, because NOBODY can get their license back in 1 year.

Let me put this even more emphatically: There is – almost without any exception whatsoever – ZERO chance that anyone whose license has been revoked for 2 DUI’s can get it back after just 1 year. We’ll get to why that’s true later in this piece.

• When a person racks up 3 DUI’s within 10 years, he or she must wait at least 5 years to file an appeal. In this situation, it IS possible that a person can accumulate enough voluntary sober time to actually win a case as soon as he or she is able to file.

To make better sense of this, let’s take a look at what it means to be revoked “for life.”

We’ll use a hypothetical example to help explain:

Assume that, in 2001, Tipsy Tina had her license revoked for 2 DUI’s within 7 years.

In 2003, just after she completed probation, but before she ever started any kind of license appeal, she received a job offer in Australia. She took it, moved there, and was able to get a full Australian driver’s license upon her arrival.

In 2022, Tina decided to move back to the United States. When she applied for a license here (it wouldn’t matter in what state, because her revocation in Michigan is considered a “hold” in all 50 states), she was denied because she never cleared the Michigan hold/revocation.

Back in the U.S., the only way for Tina to get a license, despite the fact that she had one in Australia (and more than 20 years have elapsed since her last DUI), is to file and win a formal driver’s license restoration or clearance appeal here, in Michigan.

A revoked license will remain revoked forever, unless and until a person files and wins a formal driver’s license restoration or clearance appeal before the Michigan Secretary of State.

That’s the easy part. Now, let’s talk about actually winning the appeal. Here’s where the Michigan Secretary of State does a poor job of explaining the way things actually work:

Although a person is legally allowed to file a license appeal after 1 year following a revocation for 2 DUI’s within 7 years, in practice, it is as close to certain as can be that he or she has ZERO chance to actually win it.

Because of the “voluntary sobriety” requirement.

You may be thinking, “I’ve never heard of that.”

And therein lies the problem….

Let’s back up a bit…

In order to win a license appeal, a person must, among other things, first prove that he or she has been completely abstinent from alcohol (and drugs, including recreational marijuana) for a “legally sufficient” period of time.

What’s “legally sufficient” can vary from case to case, depending on a number of factors, but, as noted above, my team and I generally won’t ever even consider filing a case until a person has racked up at least 18 months of clean time.

Part of our reason for that is precisely because of the “voluntary sobriety” requirement. This requirement matters because most people are going to be placed on probation for at least a year following their 2nd DUI – although a longer period of probation, like 18 months or even 2 years, is certainly possible (and, indeed, very likely in most courts).

The Secretary of State will generally NOT consider any period of abstinence that accrues while a person is in jail or prison, or on probation or parole, to be purely voluntary.

The idea is that if a person is subject to testing (and anyone on probation is certainly subject to it, even if he or she is not required to test at any specific interval), and can then be punished (i.e., sent to jail) for failing, then there is no way to really know if he or she was not drinking or using drugs completely voluntarily, rather than just to comply with the requirement that he or she stay clean – under threat of penalty

Forget about “contraband” like spud-juice for a minute, but, generally speaking, you can’t drink while in jail or prison. If someone does a year in the clink, he or she cannot actually prove they chose not to drink during that year, because It’s not like they had a choice.

It’s the same while a person is out on probation or parole. To be sure, most people are tested as a condition of probation, but even if there is no testing order in place, anyone on probation or parole can be required to test at any time, and the potential penalties for drinking or using drugs include getting locked up again.

Thus, the Secretary of State will generally consider any abstinence while a person was in jail or prison, or was on probation or parole, to be the result of “living in a controlled environment.”

In other words, that time won’t count as voluntary sobriety time.

Thus, if someone only gets probation for 1 year following his or her 2nd offense DUI, then he or she won’t even start racking up any “voluntary sobriety time” until that period of probation has ended.

What the Secretary State wants to see in a license appeal is clean time that was earned while a person was out in the free world and NOT under any order to abstain. That’s considered voluntary sobriety, and a person needs to accurate enough of it in order to win his or her license appeal.

The problem is that the Secretary of State fails to mention this anywhere, and the only way to find it is in some obscure court cases.

Almost without exception, everybody who learns about the “voluntary sobriety” requirement does so the hard way – by losing his or her appeal for not having had enough of it. As unfair as that may be, what’s more important is that, as the saying goes, “it is what it is.”

Fortunately, my team and I know how to manage the voluntary sobriety requirement as part of every license appeal case we take, so none of our clients have to worry about it being overlooked.

This is as good a place as any to stop, so we’ll do that here, and pick back up again in part 2.