In part 1 of this article, we started answering the question “When is the soonest a person whose license has been revoked for multiple DUI’s can file – and win – a Michigan driver’s license restoration appeal case?” We began by noting that these revocations are for life, meaning that they will remain in place unless and until a person files – and wins – a formal license appeal. We also clarified that anyone whose license was revoked for 2 DUI’s within 7 years, a person can file an appeal after 1 year, while anyone who racks up 3 DUI’s within 10 years can do so after 5 years. 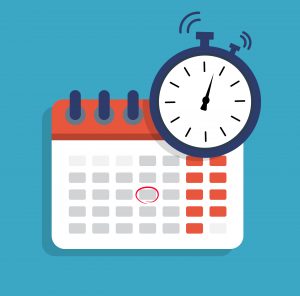 Understanding how this actually works requires knowing what the Michigan Secretary of State means when it notifies a person that he or she is revoked “for life.” Even though someone can file a license appeal after either 1 or 5 years, he or she must accumulate enough voluntary sobriety time in order to actually win it. This is easier to explain by pointing what it’s not: Any time a person was abstinent, but also either in jail or prison, or was on probation or parole, is NOT considered purely voluntary, because he or she either could not obtain alcohol (like while in jail) or was under orders not to consume any, like while on probation.

It’s right here that a lot of people will jump in (and practically start jumping up and down) and try to explain that even though they had been required, in some way or other, to abstain from alcohol, they had already made the decision to quit drinking, so their clean time really was a matter of choice.

Whether or not that may be true for any particular person, winning a license restoration or clearance appeal comes down to a matter of proofs, and, to the Secretary of State, that proving one’s sobriety was purely and totally voluntary requires more than just him or her saying so.

This is understandably frustrating for any person who really did decide to quit drinking before being ordered to stop, because they know that their abstinence was and is truly voluntary.

However – and this is our point here – at the end of the day, all he or she can do is just say that.

In the eyes of the Michigan Secretary of State, voluntary abstinence only starts accruing when a person is no longer in any kind of “controlled environment,” meaning out of jail or prison, and/or off probation or parole.

Indeed, as a general rule, it is fair to say that you must be off probation or parole to win a Michigan driver’s license restoration or clearance appeal.

Of course, this wouldn’t be any kind of legal blog if there wasn’t an exception, so here it is: My team and I have taken and won cases for clients who hadn’t racked up a lot of “voluntary sobriety” time, or who had only recently gotten off probation, or parole, or, in a few cases, who were even still on probation.

To be clear, in all such cases, these people had very strong sobriety.

We’d get lost in the weeds trying to explain those cases and why they were so exceptional, but the fact is that there can the super-occasional, oddball case to which the general rules don’t apply. That said, they are very rare, and more than 99.9% of everyone else is simply going to have to wait until they’ve been off probation or parole long enough to rack up some voluntary sobriety time.

This, of course, begs the question: How much time is enough?

Let’s circle back to the practice of our firm to generally require a person to have been clean for at least 18 months prior to filing a case. We use that time frame, because, in the real world, it allows a person to rack up at least a little voluntary sobriety time after getting off a 1-year term of probation.

Of course, the waiting time is longer for (the more likely) 2-year term of probation following a 2nd offense. This is why I note that we will generally want at least 18 months before we’ll file a case; very often, we’ll need even more time.

To make this point, let’s use a hypothetical example based on these facts:

Assume that Sober Sam gets arrested for a 2nd offense DUI. Depending on how his case goes, he’s going to have to wait long enough get some demonstrably voluntary clean time under his belt after probation ends.

Sam stopped drinking the day of his arrest. By law, he became eligible to file a license appeal in June of 2020, while he was still on probation, and, therefore, had absolutely NO chance to win. By waiting until January of 2021 to file his case, Sam can honestly say he has been sober for 2 years, and can at least prove that about 6 months of that sober time was completely voluntary.

Sam stopped drinking the day of his arrest. By law, he became eligible to file a license appeal in June of 2020, while he was still on probation, and, therefore, had absolutely NO chance to win. By waiting until January of 2022 to file his case, Sam can honestly say he has been sober for 3 years, and can at least prove that about 6 months of that sober time was completely voluntary.

What we see in both of these cases is that Sam needs a lot more than 18 months of clean time just to show that about 6 months of it was really voluntary. In the real world, these kinds of longer time frame are more common than anything shorter.

The key point to all of this is that Sam is going to prove some voluntary sobriety time. In the context of a license appeal, “some” simply means enough to satisfy the Secretary of State.

When someone calls us, my team and I will evaluate all the relevant facts and circumstances or his or her situation in order to determine the soonest appropriate time for him or her to file a license restoration or clearance appeal case. We handle over 200 license appeal matters each year, and with more than 3 decades of experience, we certainly know what’s “enough.”

We don’t like telling anyone to wait, because, to be perfectly candid about it, we’re in business to make money. We don’t do that by NOT taking or filing cases – but – and this is a big “but,” we also guarantee to win every case we take. If we don’t win the first time around, then we’re obligated to stick with it, and do it all over again next year, without charging further legal fees.

For as much as we don’t make any money by holding off on filing a case, we also don’t don’t make a profit by taking a case, losing, and then having to re-do the whole thing for free a second time, either.

I point this out because we have every interest in taking and filing cases that are otherwise qualified as soon as appropriate, but appropriate, in the sense it’s used here, means able to win, and not handicapped by being filed too soon, before someone has accumulated enough voluntary sobriety time.

At the end of the day, and after having handled and won thousands of license appeal cases, my team and I have finely-tuned instincts, and just know when it’s right to go ahead with a Michigan driver’s license restoration or clearance appeal, and when it’s better to wait.

We want to get to work as soon as we can, but our guarantee is a safeguard against rushing ahead too soon, only to lose, and have to wait another year to do it all over again, as “warranty work.”

If you’re looking for a lawyer to win back your license or obtain the clearance of a Michigan hold on your driving record so that you can get a license in another state, be a smart consumer and read around. Pay attention to how different lawyers explain the license appeal process, and how they describe their various approaches to it.

All of our consultations are free, confidential, and done over the phone, right when you call. My team and I are very friendly people who will be glad to answer your questions, explain things, and even compare notes with anything some other lawyer has told you. Our firm can handle your case no matter where you live.