It’s a simple fact that just about everyone who has lost his or her driver’s license needs it back. As full-time Michigan driver’s license restoration lawyers, it often falls to us to explain to someone whose driving privileges have been revoked as the result of multiple DUI’s that needing a license has absolutely nothing to do with actually being able to win it back. The Michigan Secretary of State has established very specific criteria that must be met in order to grant a license appeal, but a person’s need to drive, no matter how pressing, is NOT one of them. 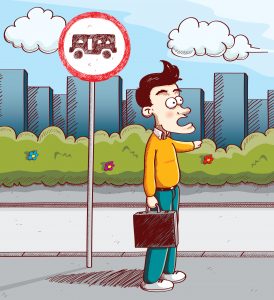 It would be difficult for me to make clear how many times per day our office is contacted by people looking to get their license back. After all, that’s what we do, right? Understandably (but also unfortunately), a lot of people skip right over asking about the legal requirements to win a license restoration or clearance appeal, and instead start telling us how much they need to drive, and try to “make their case” by pointing out that their DUI’s happened many years ago, and/or that they haven’t been in trouble for a long time. Although those things are emotionally compelling, within the context of a license appeal case, they don’t matter one single bit.

Precisely because our firm concentrates in driver’s license restoration and clearance cases, we have to keep our focus on what it takes to actually win. In that sense, it can sometimes be easy to lose sight of the fact that people who DON’T work in our field do not understand, and, really, don’t have any reason to understand, that needing to drive is completely irrelevant to being able to win a Michigan driver’s license reinstatement case. Indeed, if a person meets the state’s established criteria, then he or she can win his or her license back even though he or she may have no actual need to drive at all.

Accordingly, any discussion the Michigan driver’s license restoration process should begin by going over those legal requirements, since they are the key to winning (or not). We’ll set them out below, but it’s important to note that for as “legal” and technical as the law can be, what we need to understand about it is rather straightforward, so I’ll explain that in plain English immediately beneath the actual written rule.

As a preliminary matter, the reader should pay close attention of the very first 11 words of the opening paragraph: “The hearing officer shall not order that a license be issued…”

The practical translation of that means the hearing officer who decides any given case is instructed to NOT grant an appeal, unless, as the law goes on to spell out, the person who filed it manages to prove certain things by what is further specified as “clear and convincing evidence.”

Rule 13 governs Michigan driver’s license restoration and clearance cases, and the relevant part of it is as follows:

As pointed out above, it’s critical to note that the rule opens with a negative mandate to the hearing officer, constraining him or her to NOT issue a license unless the evidence submitted in a case filing is both “clear and convincing.”

The language then goes on and lists the various things a person must prove, although what’s really important is, as we’ll see, rather straightforward; in practical terms, to win a license appeal, a person must always prove these 2 things:

First, that his or her alcohol problem (more on that later) is “under control,” meaning that he or she has been completely alcohol-free for a legally sufficient period of time.

In our office, we generally require a person to have been totally abstinent from alcohol for at least 18 months before we’ll move forward with a case, and,

Second, that his or her alcohol problem is “likely to remain under control,” meaning that he or she has both the ability and commitment to remain alcohol-free.

Put another way, a person’s alcohol problem is considered “likely to remain under control” when he or she can prove themselves a safe bet to never drink again, as in remaining sober for life.

Taken together, a key part of the main thing that the governing rule provides is that the hearing officer is required to deny a case unless the person who filed it proves, by evidence that is both clear and convincing, that his or her alcohol problem is under control (alcohol-free for a legally sufficient period of time) AND that it is likely to remain under control (safe bet to never drink again).

Notice that there is nothing in there about a person’s need to drive, nor for that matter, about how long it has been since a person has been without a license.

A key reason that the rule was written as it was is that, under Michigan law, anyone who racks up 2 DUI’s within 7 years or 3 within 10 years is categorized as a “habitual alcohol offender,” and his or her driver’s license will automatically be revoked.

An important consequence of being categorized as a “habitual alcohol offender” is that the law presumes any such person does, in fact, have some kind of alcohol problem.

In other words, if you have to file a license appeal because your driving privileges were revoked for 2 or more DUI’s, then you are presumed to have some kind of issue with drinking,

Consequently, you must begin any license appeal by showing what you’ve done to get over, or fix, that presumed problem.

No matter what, you won’t get anywhere by trying to argue that you don’t have any such problem.

The Secretary of State knows that one thing for certain in the world of DUI and driver’s license restoration cases: People who don’t drink are exactly zero risk to drive drunk.

Accordingly, the whole goal of the license appeal process is to find those people – the ones who have genuinely given up drinking and seem like the safe bet to never drive drunk again – precisely because they’re unlikely to ever drink again.

Our firm guarantees to win every driver’s license restoration and clearance appeal case we take, but that all starts with us asking the right questions of any potential client to make sure we can make his or her case a winner, and none of those questions have anything to do how much a person needs to get his or her license back.

The big takeaway here is that there is absolutely no mention in the law of things like a person’s need to drive, or how long he or she has gone without a license, or stayed out of trouble.

Instead, the laser-like focus of the Michigan driver’s license restoration process is on a person’s past relationship to alcohol, and current status as a committed non-drinker.

As things go in the real world, most of the people who would benefit the most from hearing all of this probably won’t have read this far, but if this piece can help even a few people understand why “needing” a license has nothing to do with actually being able to win it back, then it will have been worth the effort.

If you are looking for a lawyer to win back your Michigan driver’s license, or clear a Secretary of State hold on your record so that you can get a license in another state, be a savvy consumer and read around. Take the time to read how lawyers explain the license appeal process and how they explain their various approaches to it.

When you’ve done enough of that, start checking around. You can learn a lot by actually talking to a live person. All of our consultations are free, confidential, and, best of all, done over the phone, right when you call.