In part 1 of this article, we began examining why a person who wins a Michigan driver’s license restoration case with a restricted license and an ignition interlock unit should file for a full license as soon as possible. I noted that beyond there being absolutely no benefit to waiting (it does not make one “look good”), there are significant risks to staying on the interlock, as well. We ended part 1 by noting that any delay in getting a full license seriously invites the possibility of an ignition interlock violation. Here, in part 2, we’ll see how a violation can occur even though a person does nothing wrong. 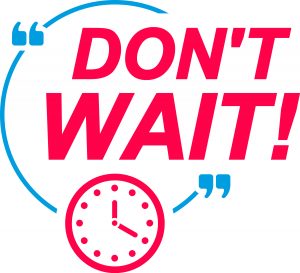 This is especially unfortunate if an interlock violation occurs after the time when it could have been avoided had the person gotten his or her full license back already. An ignition interlock violation begins when the Michigan Secretary of State sends a formal notice advising a person of the alleged violation. That notice also informs the person that his or her license will be re-revoked (this is called a “reinstatement of original action”) on a certain date unless he or she files a request for a hearing to contest the violation within 14 days, and then wins.

If a person does nothing and fails to contest the violation (and win the hearing), then his or her license will remain revoked, and the only way to for him or her to get it back is to wait until he or she becomes eligible to start the whole license appeal process all over again, right from square one. What’s more, any such person is going to not only be expected to “explain” whatever led to his or her violation in the first place, but will also be asked why they didn’t do that earlier, right when the violation occurred. Although it doesn’t give rise to any kind of legal presumption, failing to contest a violation is seen (understandably) as a kind of surrender.

Obviously, the biggest and worst kind of interlock violation is to get caught drinking, but, in truth, that doesn’t occur very often. My team and I know, from experience, that most violations happen by accident, and don’t involve a person actually consuming alcohol.

For purposes of this discussion, we’ll assume that there was no consumption of beverage alcohol. Although there are numerous ways a person can violate while on an ignition interlock, the 3 most common are as follows:

2. A skipped or missed rolling retest, and

Although a positive breath test result is rather self-explanatory, there are actually 2 kinds of them, and they have very different consequences, because the first one doesn’t result in an automatic formal violation, while the second one does.

The first kind of positive test is a start-up test failure. In the real world, it’s not that uncommon for a person providing a breath sample while starting the vehicle to produce a positive test result. This can happen for a lot of reasons that don’t involve drinking.

Often, and despite the state’s instructions to NOT eat or drink anything for at least 15 minutes before using the interlock device, some people get into their vehicles and try starting them after having done just that, or too soon after having used mouthwash, or put on perfume, or even having used hand-sanitizer, especially now, during the Coronavirus pandemic.

This can lead to a positive test result. If a person blows .25 or over, the vehicle will not start.

What’s important is that single start-up failure is NOT considered a major violation.

To be sure, the person will have to satisfactorily explain later, whenever he or she does go for their full license, the circumstances that led to each and every positive test result, but standing alone, he or she won’t be violated and revoked for that single incident.

In fact, even 2 start-up failures don’t constitute a major violation.

However, 3 start-up failures within a single monitoring period does amount to a major violation.

If a person racks up 3 start-up failures in the span between calibrations, then he or she will be violate, his or her license will be revoked all over again, and the only way for him or her to get it back is to schedule and win a formal violation hearing.

It is important to note that when there is start-up failure for reasons other than drinking, the alcohol readings will usually drop very quickly.

There is almost always an obvious difference between a transient positive reading for things like environmental alcohol (think hand-sanitizer), which quickly evaporates, or some yeast in that last piece of toast a person crunched while on his or her way out the door – and a positive test result from the consumption of beverage alcohol.

Moreover, the Michigan Secretary of State specifically instructs anyone who has a start-up failure to remain with the vehicle, rinse his or her mouth with water, and continue to re-test. When the positive result is for something other than having actually consumed alcohol, this process will usually “flush it out.”

The state also strongly advises any person who has a positive test result, at any time, to either obtain a timely PBT breath test from a police station, or to get an independent EtG (urine) test that same day, no matter what.

I have written about this very subject, but I’ll reemphasize it here:

ANYONE WHO HAS A POSITIVE INTERLOCK BREATH TEST RESULT – NO MATTER WHAT THE CIRCUMSTANCES – SHOULD ABSOLUTELY EITHER GET A TIMELY PBT OR ETG URINE TEST.

Even though a person should get one of these tests no matter what caused him or her to blow positive, as long as he or she also sticks with the vehicle and continues to test as instructed, there is almost always an obvious and tell-tale difference between a result that’s positive for alcohol because of actually drinking booze, and one that’s caused by just about anything else.

The second kind of positive alcohol test result happens when the vehicle is running, and gives rise to what is called a “failed rolling retest” (see #2 on the list above). This usually occurs when a person is called upon to provide a sample while driving, and that sample is both positive and registers .25 or above.

When that happens, the person is required to provide a sample below .25 within 5 minutes.

If a person is unable to “clear” the machine within 5 minutes, then that failure DOES count as a major violation, and his or her license will be revoked all over again, unless he or she requests – and wins – a violation hearing.

Within the instructions about how to properly use the interlock, the Secretary of State makes clear that a person should never leave his or her vehicle unattended when it’s running. Despite that, lots of people either don’t read that far or otherwise ignore (or forget) the state’s warning. Consequently, violations for missed rolling retests happen all the time.

To be sure, most of the time, a missed rolling retest is due to an innocent mistake, but when someone fails to provide the requested sample, it still constitutes and gives rise to a formal violation.

Here’s how this can happen: After getting the vehicle started, a person might run back into the house to get something he or she forgot, and then knock over a glass while inside, forget about the running engine, and come out a short while later after cleaning up the mess, only to discover that he or she missed a test.

We once had a client who stepped out of his car to clear ice off of his passenger side-view mirror, and then slipped and fell on some ice behind his vehicle. By the time he shook it off (he actually got pretty banged up) and got back inside the vehicle, he had missed a test and it was too late.

We had another client who was pulling her vehicle into a friend’s garage, only to get her driver’s side mirror tangled up in a hanging hose. She got out to get it off, and as she was doing so, the whole thing came down, toppling all kinds of other “garage” stuff under her vehicle that she had to get out of the way before she could pull the car forward.

While down on the ground clearing the mess, she missed the signal to retest, and wound up getting violated.

Similarly, a person might step out of the vehicle to talk to someone, or do some business, and, in those moments of forgetfulness, miss a test.

No matter what the circumstances when a person misses a retest, it gives rise to a major violation.

Number 3 happens if the interlock is tampered with, or if the power to it is disconnected, even momentarily.

Even so, if the vehicle loses power or the interlock’s connection is interrupted, it will result in a violation.

In the real world, we see “tamper/circumvent” violations all the time when someone’s battery dies.

All too often, when there is any kind of mechanical problem (like when a vehicle is being worked on by a mechanic), the power will be disconnected and a violation will occur, even though the person with the restricted license did nothing wrong, and there isn’t even a hint of drinking.

I could go on about how much these situations suck, and how we handle them, but the larger point here is that a person will be kicking him or herself in the a$$ if any one of them occurs AFTER the time he or she could have otherwise filed an appeal for a full license and gotten off the interlock unit.

In other words, the moment you become eligible to appeal for a full license – DON’T WAIT!!!

What often happens, however, is that once a person is allowed to drive again, even with restrictions, they learn how to make it work. This is especially true for people who know they’re not going to drink.

Once they get comfortable with the interlock and they’re able to do most of their essential driving, they get content, and even complacent. They don’t worry about a positive test result because they’re not even thinking of drinking, and they figure as long as they don’t consume alcohol, everything will be okay.

A record-setting cold February morning can kill a weak battery, and then, to a person’s surprise, a violation notice shows up in the mail informing the person that his or her license is about to be re-revoked simply because his or her batter died.

When that happens, every last person gets stressed out even more when they hear that they can’t even file an appeal for a full license until they request – and win – a violation hearing first.

As an old saying goes, “an ounce of prevention is worth a pound of cure.” The best thing anyone who has won a restricted license and is on an interlock can do is file for his or her full license as soon as he or she is eligible. As I noted before, there is simply zero benefit to waiting.

If you’re looking for a lawyer to win your license back, fight an ignition interlock violation, or obtain a full license after having won an initial restoration appeal, be a smart consumer and do your homework. Read around and see how lawyers explain the different aspects of the license appeal process, and how they explain their various approaches to it.

When you’ve done enough of that, start checking around. Nothing beats talking to a live person. My team and I can handle any Michigan license appeal issue no matter where you live.

All of our consultations are free, confidential, and done over the phone, right when you call. We are very friendly people who will be glad to answer your questions, explain things, and even compare notes with anything some other lawyer tells you.